So as this Sunday winds down, I can now post about what transpired this weekend. Our MAYDAY Games Weekend!

Jonathan, whom without his dedication to said convention would see it be an Ex-Convention, opted for a 2 day event this year. We managed to get the support of a local games store to run a 40 tournament. As well we had a small Kings of War Tourney & a small Bolt Action Event.

However I was not part of any of those.. opting instead for my usual fare of light hearted events! 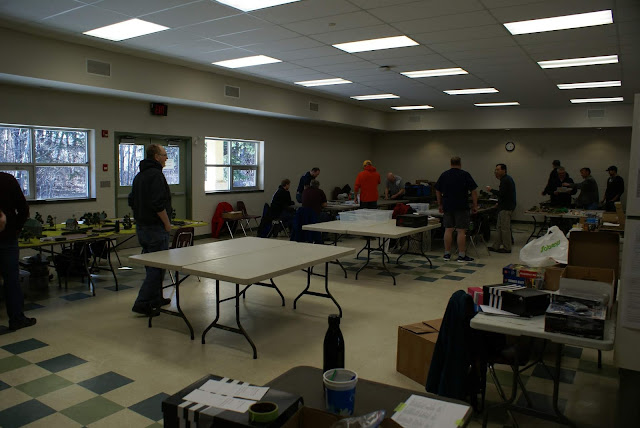 The games set up for Saturday 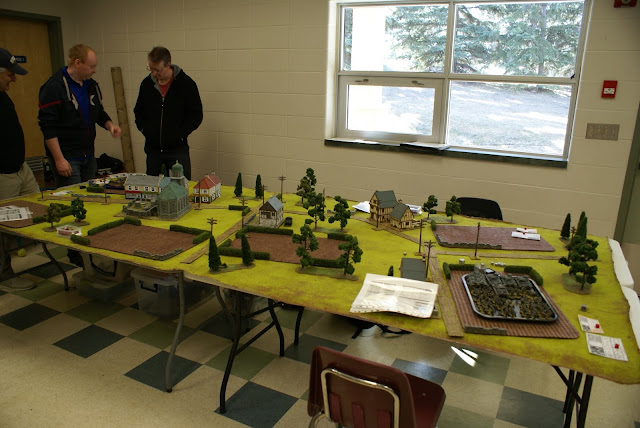 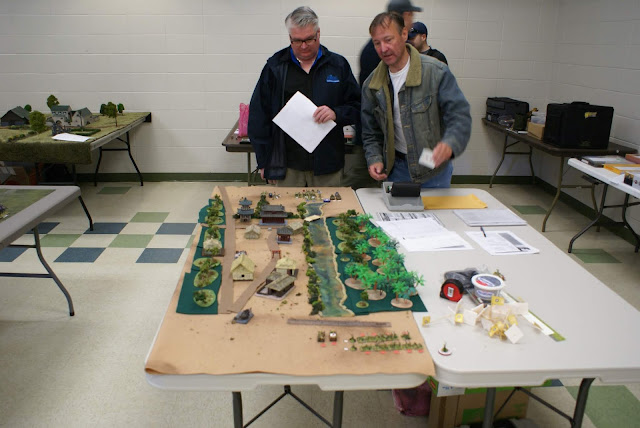 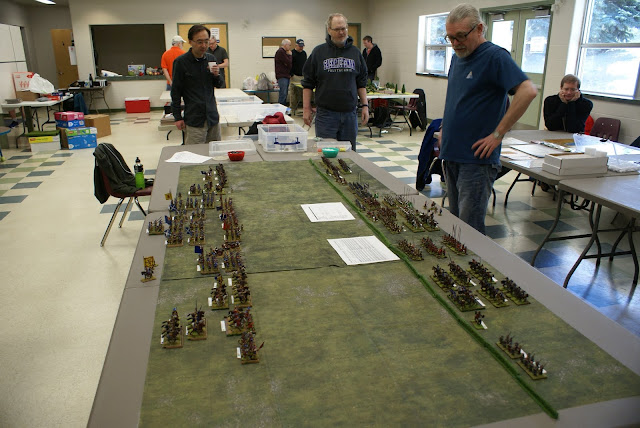 A couple of Bolt Action tables 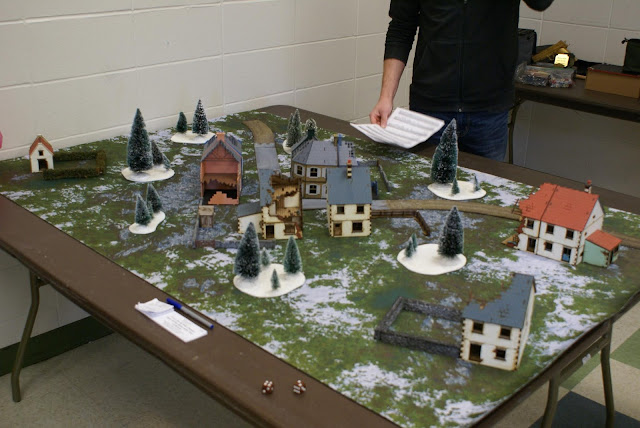 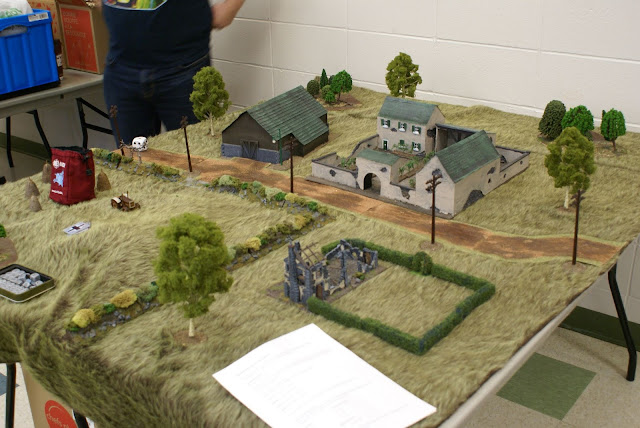 So it was Chain of Command for me, where I played the German Panzer Grenadiers with 3 Panzer III's in support.

My First Infantry roll of the game.... 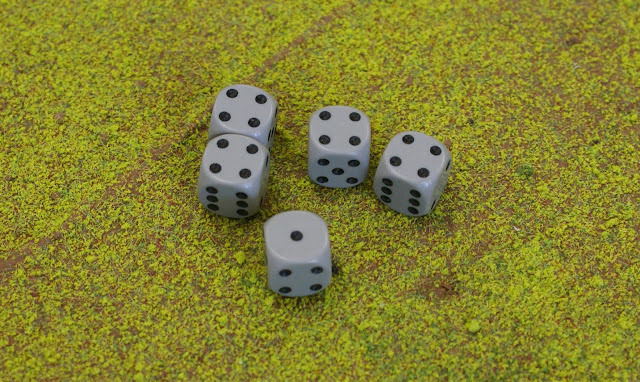 So all I brought on was my 50mm Mortar. 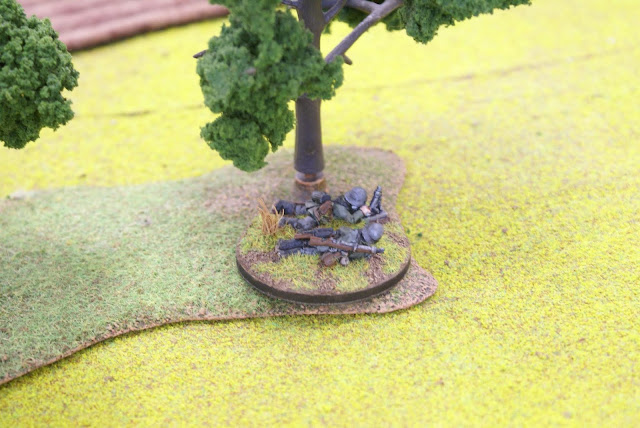 The Panzer III's arrive & begin making their way to the battle. 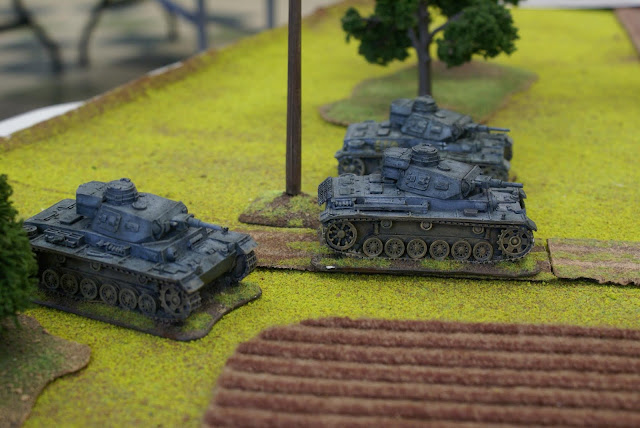 The T junction by the church was held by a 47mm ATG & then  a Somua arrived. 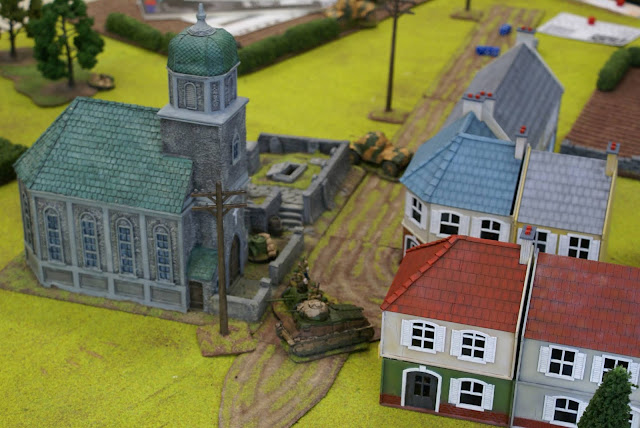 However a well placed shot from the Stug took it out. 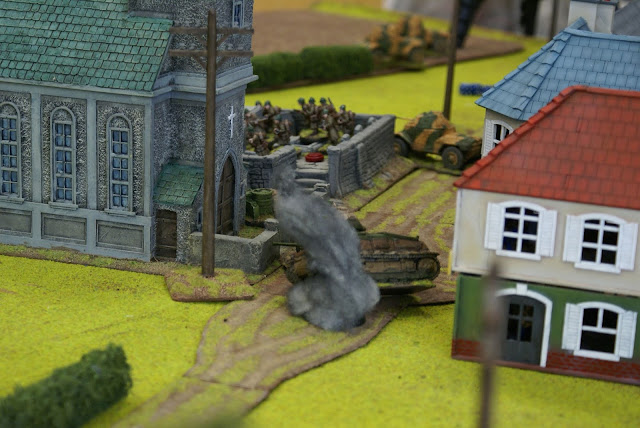 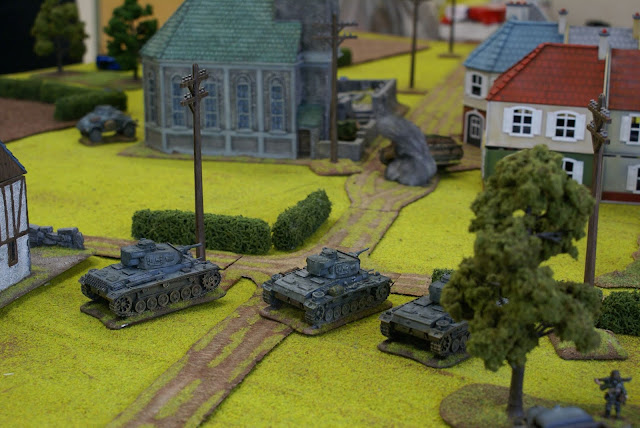 However by this time the infantry were pretty beat up so the arrival of the armour was quite welcome. I think it was determined to have been a Marginal German victory 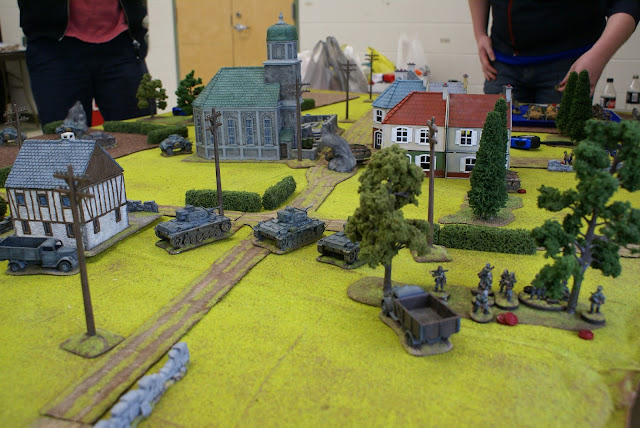 In the evening I hosted a 4 player Frostgrave game doing the Silent Tower scenario.

On turn 1, 2 wolves arrived & slammed into the Elementalist. She was mauled & left with 3 hit points before assistance arrived. 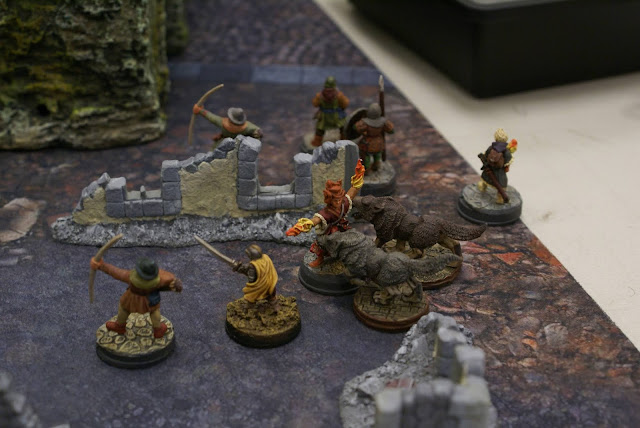 Then the Necromancer cast Steal Health on a roll of 19. And we had our first casualty of the game. 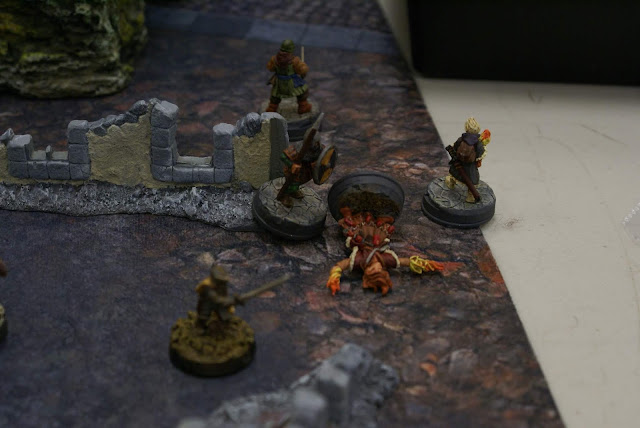 This turned into one bloody affair as the warbands made towards the Null Magic buildings attempting to gather the treasures. 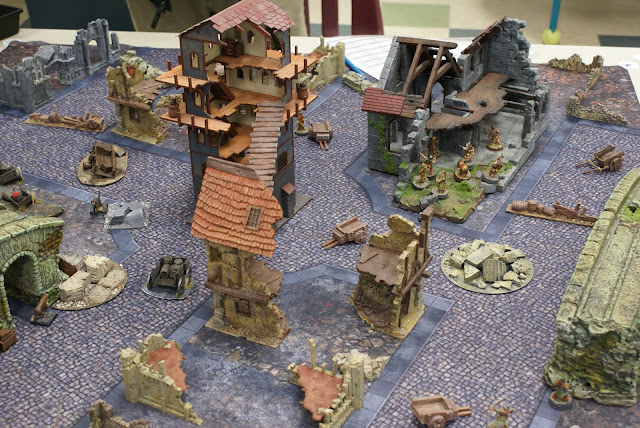 Wizards, Apprentices & of course soldiers fell in droves! We had a Spider take out both the Wizard & Apprentice from 1 warband! 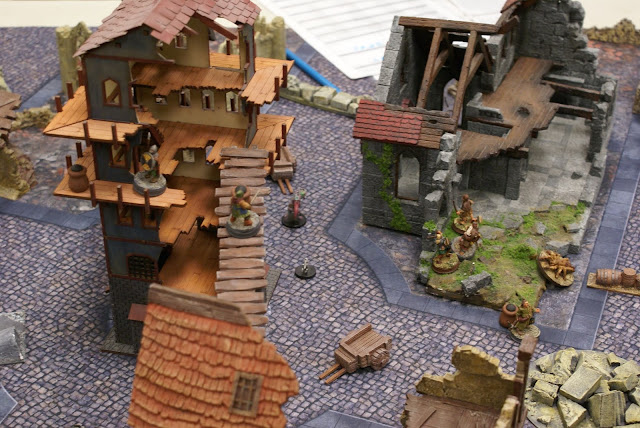 Jonathan managed to eke out the victory with 190 xp.

There were 4 factions in play. 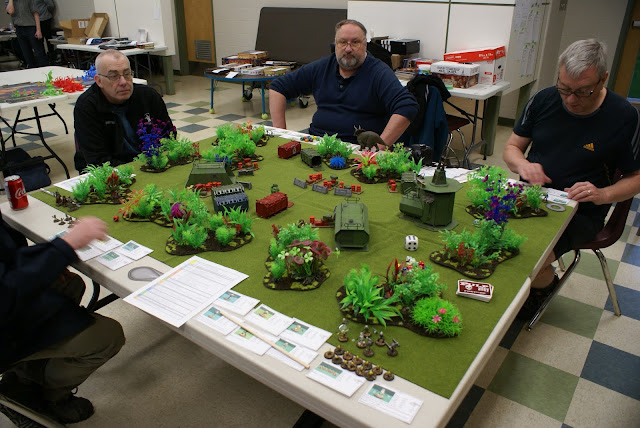 I didn't write down the names of all the factions, but for simplicity, there were robot guys, Giant Brain Squids, the Human Galaxeers & an odd looking fellow I played that had lots of units & could summon minions! 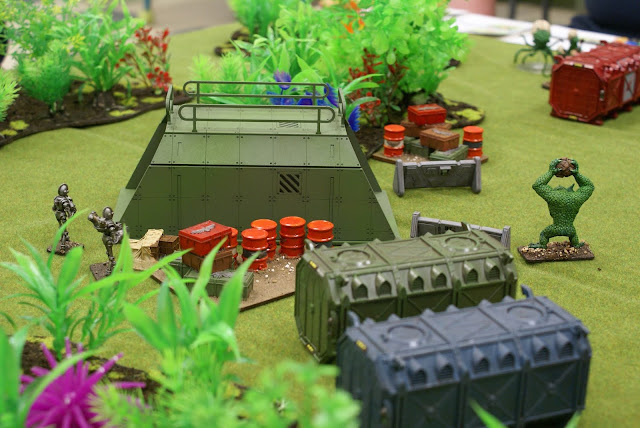 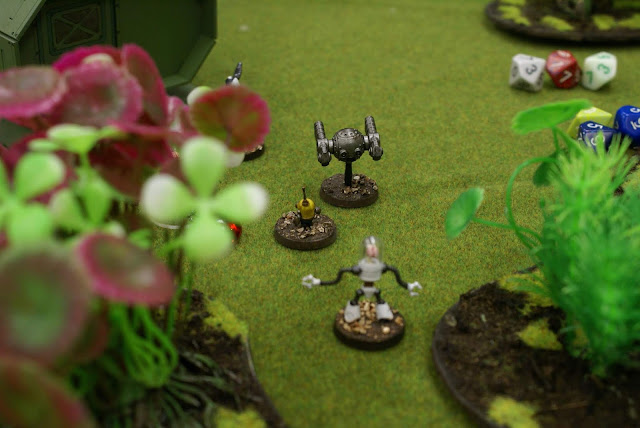 As the first plot point was solved, it was revealed where some potential assistance might be found. 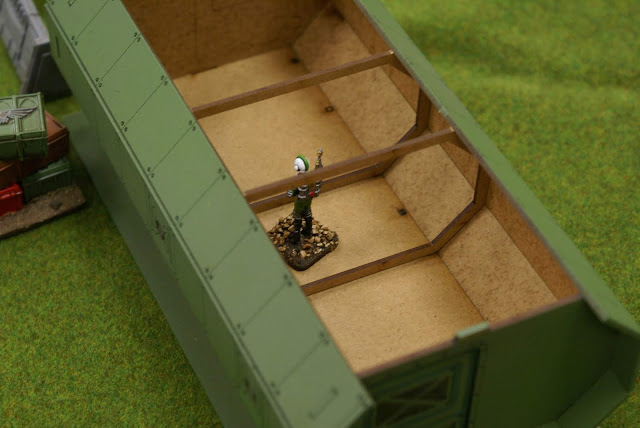 The major plot point is revealed! 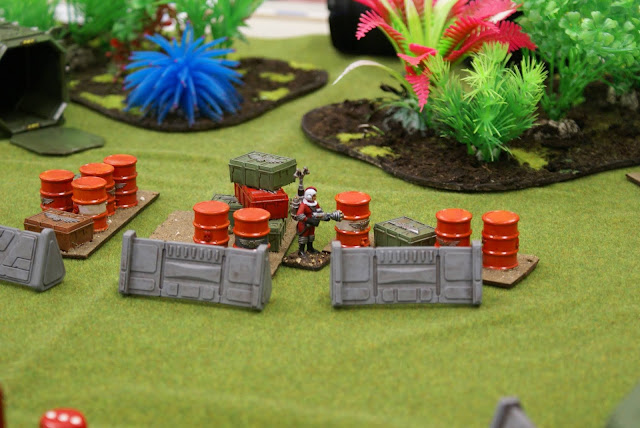 There was even an encounter with Bonzo the Space Chimp. 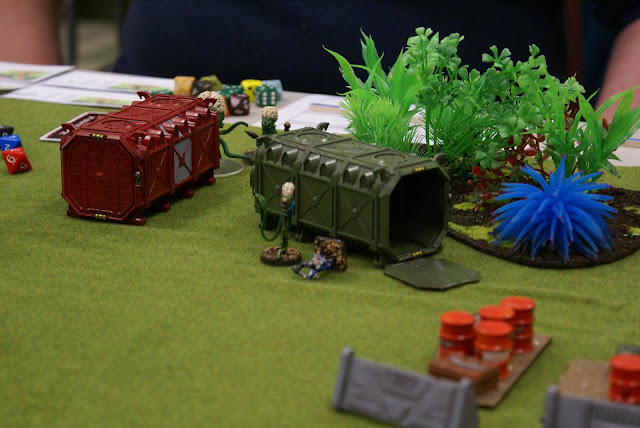 The Galaxeer & the Minion engage! 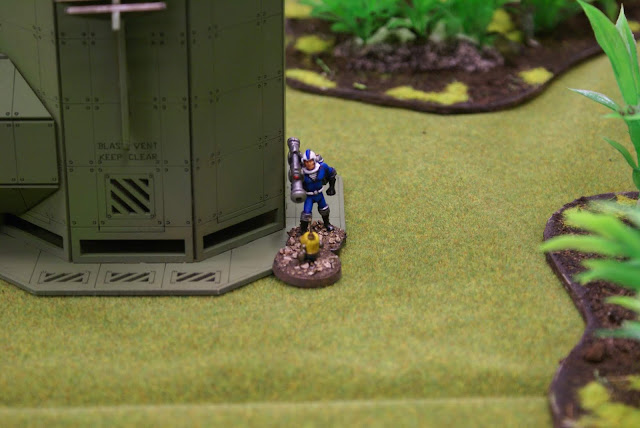 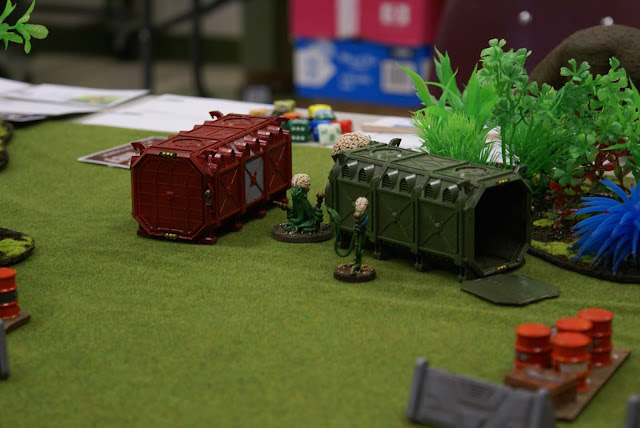 One of the Galaxeers at the Console Plot Point. 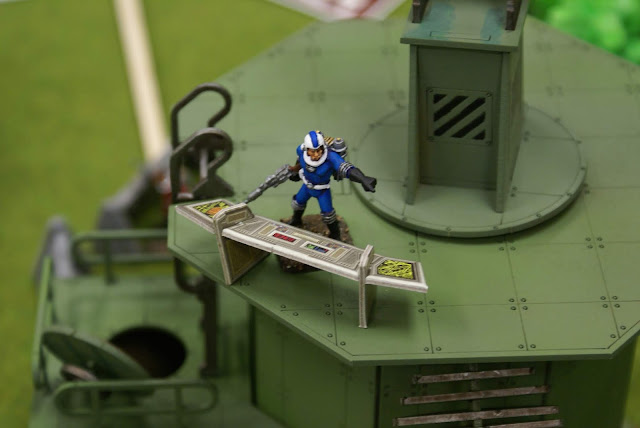 The Galaxeers also managed to solve the Major Plot point. If he could retain control until the end of the turn they would win. 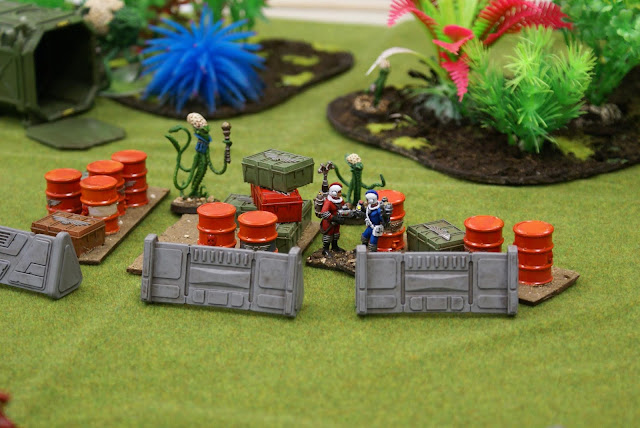 However this became the focus of pretty much all the attention on the table, as the Brain Squids swarmed the area attempting to control the plot point. 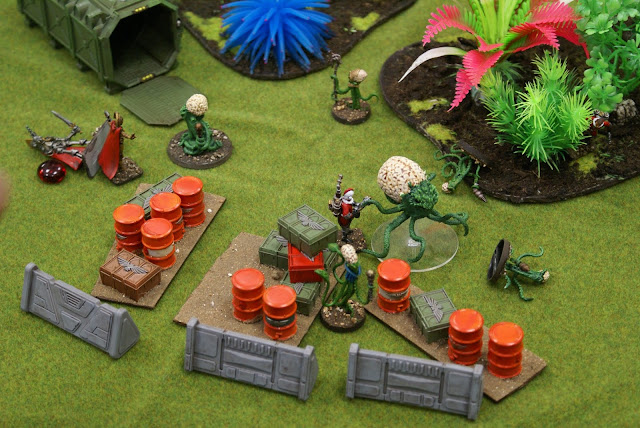 Eventually the Head Squid got control & managed to hang on under intense fire to win the game! Congrats Richard on the victory.

Thanks once again to Jonathan for all his work on this event & for all those who stayed to tear down & clean up. Lastly thanks to those who attended, as a convention is only as successful as those who attend!

Posted by Terry Silverthorn at 8:24 PM