As I was perusing some of the other blogs I follow, I noticed that my last post was back on the 5th of April. WOW where did the time go?

I have been taking this time at home to work on the crawlspace, hauling out boxes & going through things, then reorganizing the items going back in, so that all of the components for the game systems I have are together in one place.

This has also afforded me an opportunity for others to benefit from my finding of duplicates, etc which I am not putting out for sale to friends & local gamers.

During this time I've also received a couple of kickstarters & also set aside some items for my next project to work on.


Finally I am getting back to some hobby time, as well as more 3d printing as I delve down that rabbit hole.
So fist up is my first print from Lv427 Designs. This is a corridor set for use in such games as Aliens & Space Hulk. So I started with the Hangar Bay Entrance. 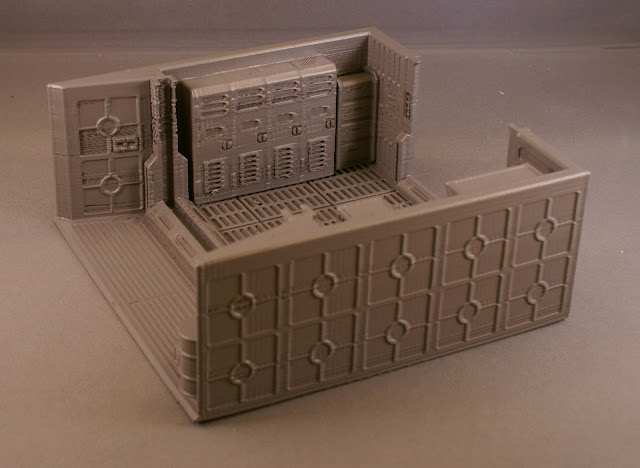 The other side of the piece 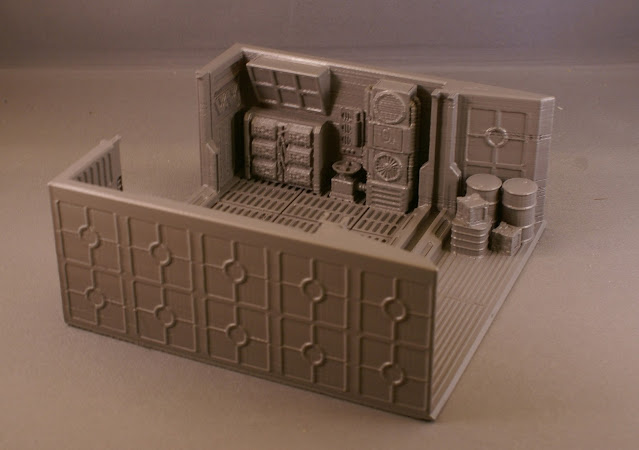 And some doors. It appears you need to print each twice, so that they are glued together to make the door. The large door had some small areas in the centre I've cut out & will be placing some clear blister plastic in to act as glass.

So after printing it, I noticed some issues. From what I have seen in others asking online, this is due to extrusion issues. However I've decided that those will make the perfect spots to use for rust effects & corrosion, perhaps from acid? 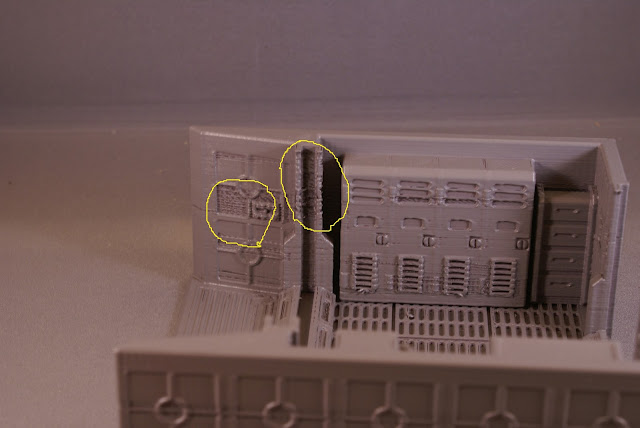 I am curious how the next piece will turn out as I am now finished with the 2 rolls that came with the printer & will be trying some Hatchbox PLA I got from Amazon.
I also received my order from Lunesdargent Workshop. This time around he did a Mayan/Aztec style dungeon set. I got his Egyptian tiles from his first kickstarter so knew what to expect.
The tiles come in a pale yellow tone

So I wanted to go for a greenish hued stone effect. I have some large bottles of Woodland Scenics pigments. So lets look at how the green undercoat turned out. 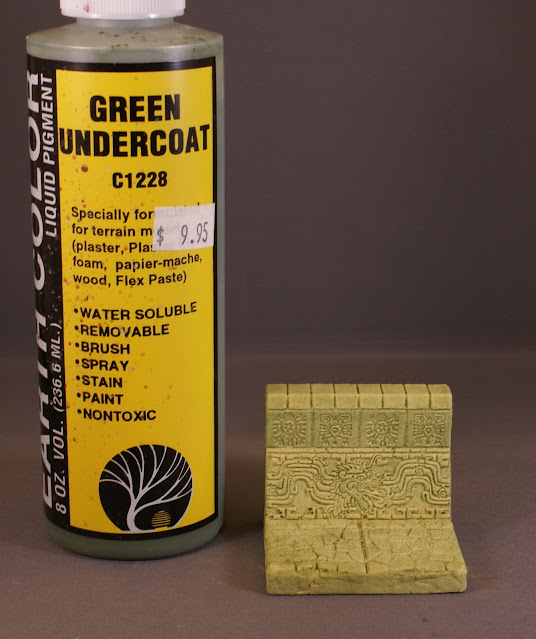 It looked good, but still seemed a little light for my tastes. Then I tried doing one in Earth Undercoat 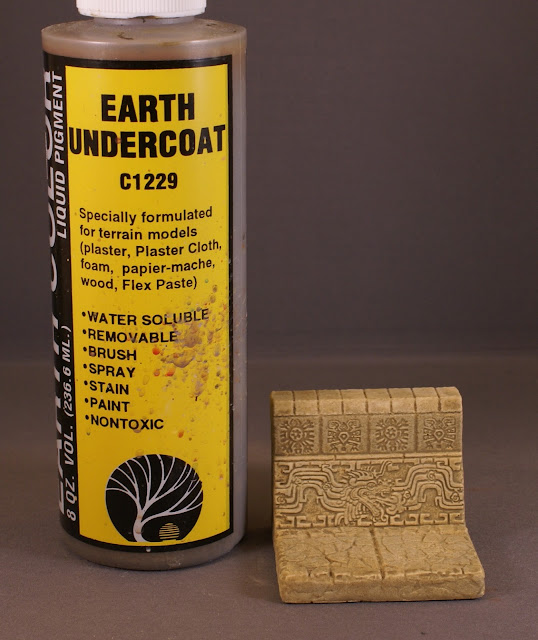 Again, it would be usable, but I've lost the green hue I wanted. Finally I thought, what if I added the earth tone over the green? 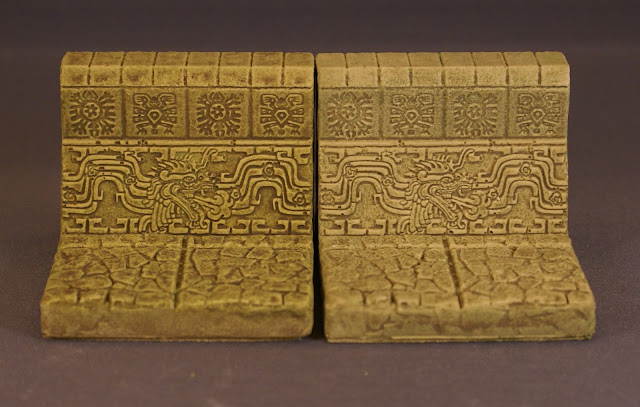 I think I've discovered the palette I want to use for this set! Now I just need to spend the time painting the sets!
As for the next project I am working on. I've been seeing a lot of good stuff on Core Space. So I've just gotten the core box figures added to washers & primed. I will be painting them up to prepare for when we are able to socialize again
Thanks for visiting & I hope to be posting more frequently than 5 weeks!

Posted by Terry Silverthorn at 9:55 PM