This post is the end of Mayday 2017 for me & the others for another year. Kudo's to Jonathan for carrying the torch & keeping this gaming day alive.

We moved to a smaller venue & had to limit such things as the auction (was more of a game swap meet) & tournaments were smaller than usual. However the turnout was good, with easily 8 to 10 games running during each of the time slots. 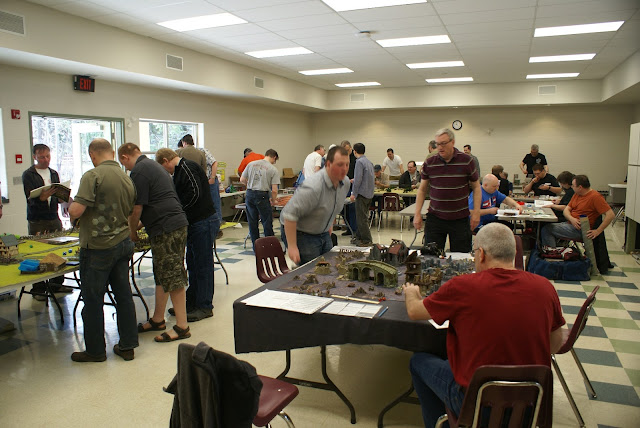 For the morning session, I hosted 4 people in a game of Frostgrave. Once again I set up the table for the Magic Fountain scenario (this is an excellent convention scenario, as wizards are drawn to the centre of the table). 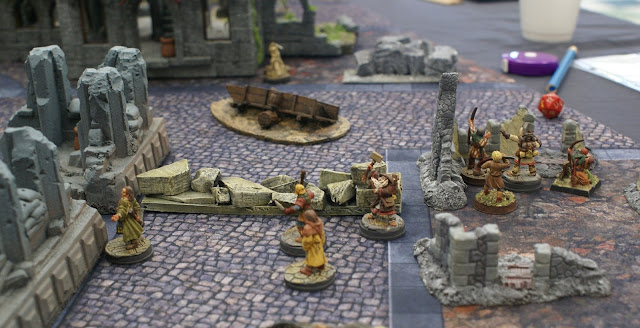 A couple skeletons arrived early, but were easily defeated. 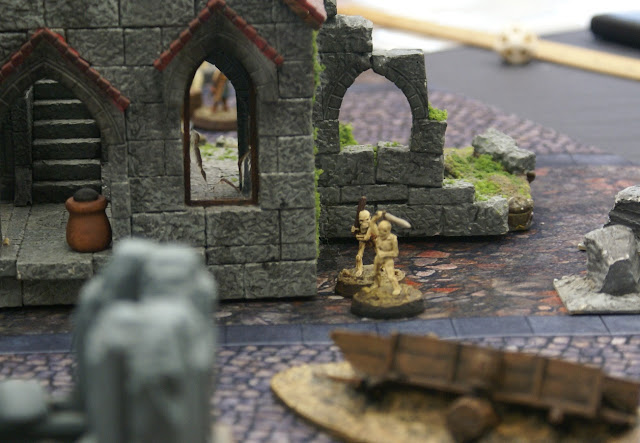 There was one Wizard take-down by a warhound. 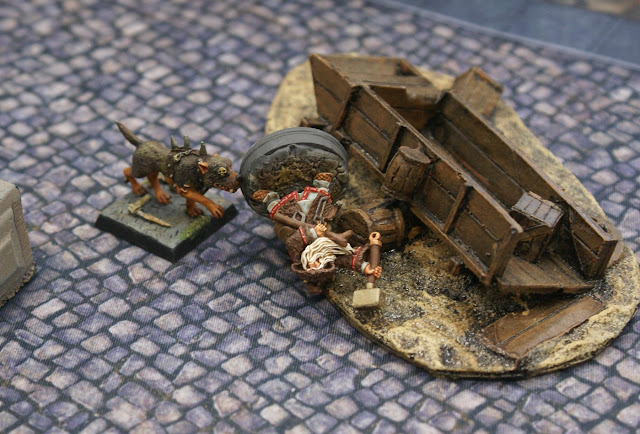 For the afternoon session, I finally got to try Blood & Plunder. My first impression is that the Spanish SUCK! They seem to have a lot of crappy troops. 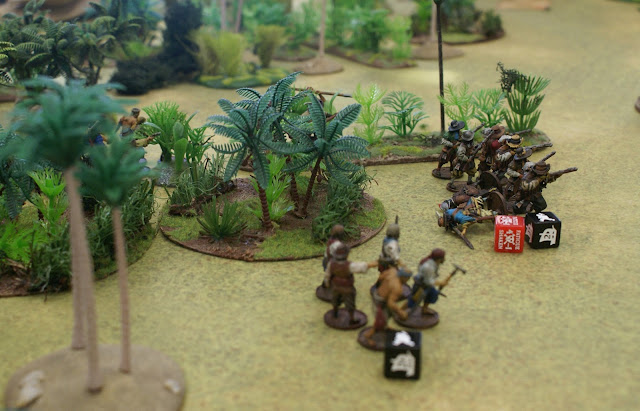 It will take a few more sessions of playing this ruleset to learn how to play with the Spanish. 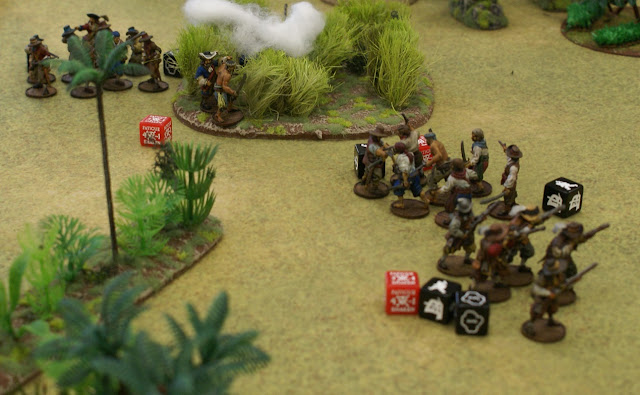 The evening session was a game of Zombicide Black Plague. We played Scenario 1 & surprisingly had a fairly easy go of it. There were not nasty surprises & things were quite spread out in a way that allowed the partly to easily handle things. 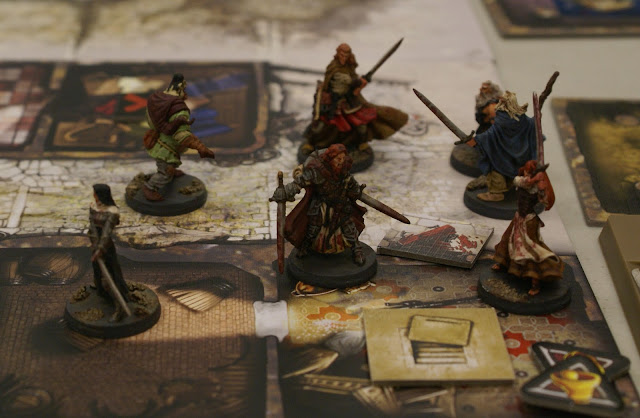 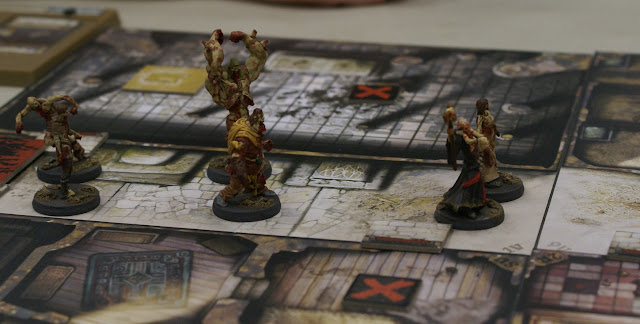 We found the dragon bile & torches early in the game. And the result was wonderous to behold! 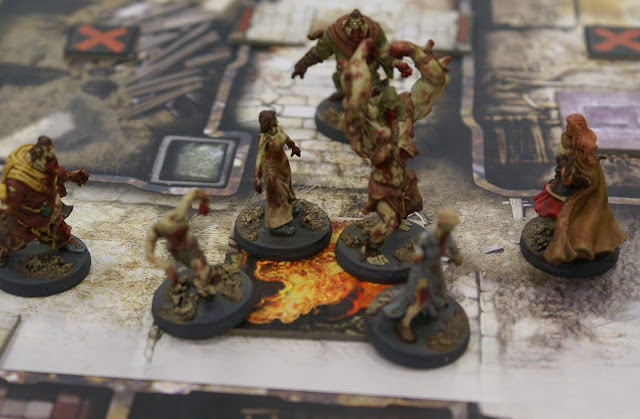 So with everything stashed back downstairs & the blog post completed, it's time to get to bed. Thanks for stopping by.

Posted by Terry Silverthorn at 9:52 PM