It seems indeed that no good deed goes unpunished HAHAHA!. I no sooner finish up with these last additional consignment figures when I receive an email that my client had managed to pick up the Zombicide survivors & Zombivores...sooo with Fallcon fast approaching has asked that I get mine painted & we could swap.

This round we have Dezra the Vile & Logan Lashley. 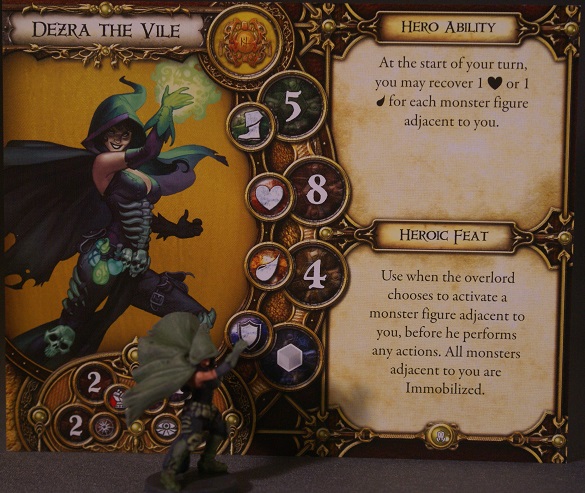 Quite the dynamic pose! She is a shoe-in as a Caped Crusader. 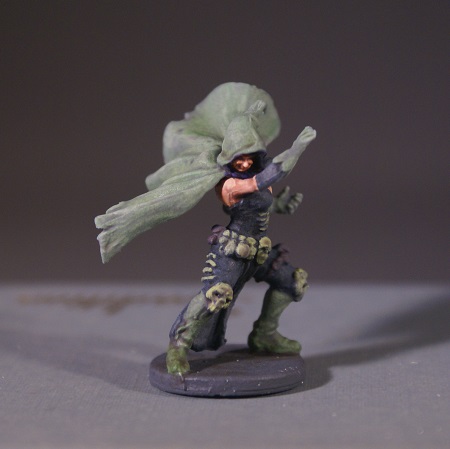 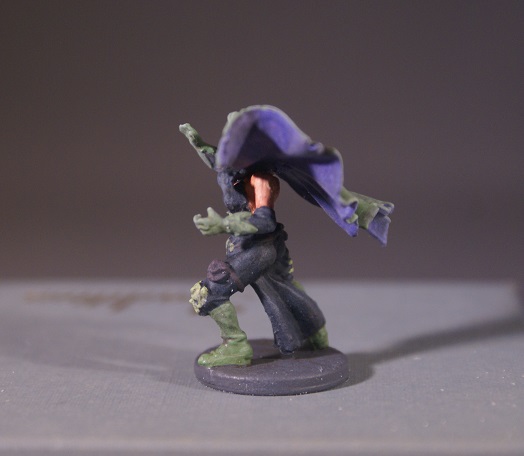 Then there is Logan Lashley, some sort of great weapon fighter. 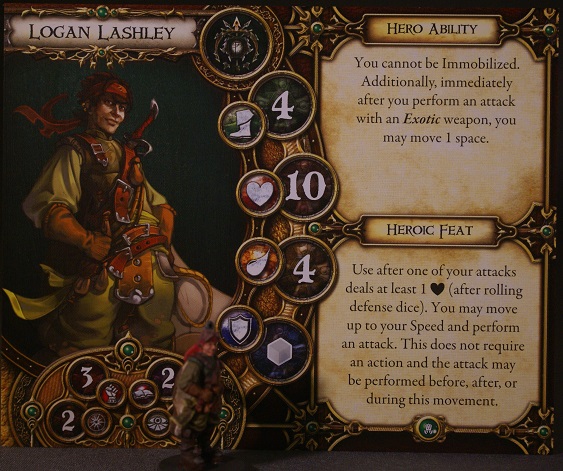 Lots of belts and straps on this lad. 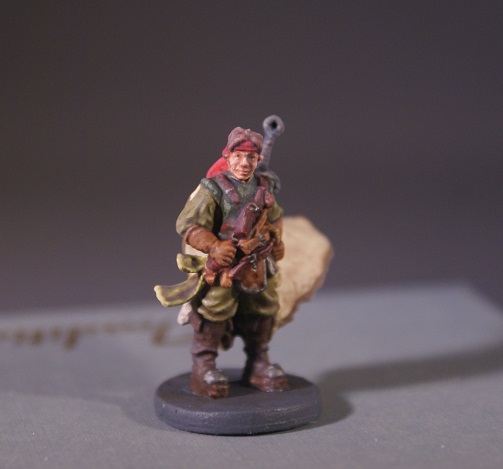 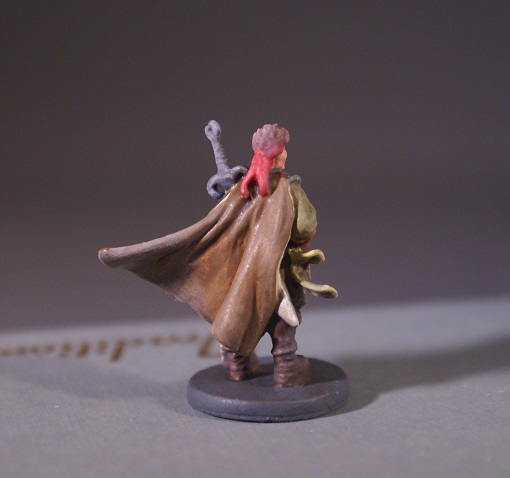 It's off to the club tomorrow night & then I will begin working on the additions to the additions for Fallcon.
Posted by Terry Silverthorn at 6:08 PM 2 comments:

Working thru the consignment additions finds me completing 2 of the 4 characters from the Descent 2nd Ed Expansion, Labyrinth of Ruin.

Up first is Ulma Grimstone, who looks like some sort of Alchemist/Engineer 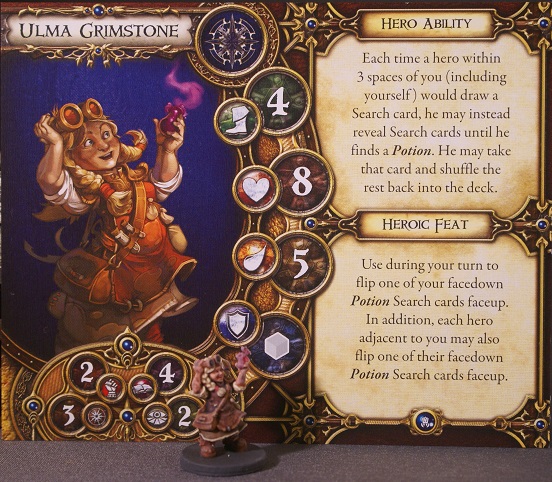 The Descent game figures are getting better with each addition. 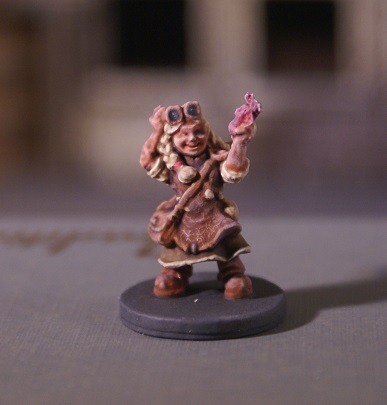 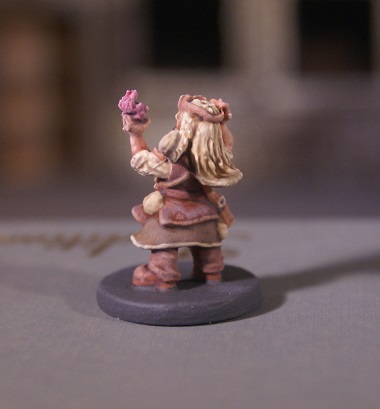 Next is Pathfinder Durik, who looks like an Orc or Ogre. I am quite happy with how his fur cloak turned out, however I did have some issues with my matte spray not cooperating the first time...sigh 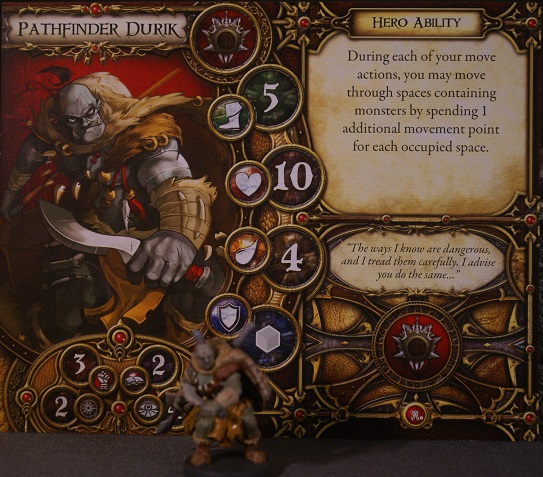 He does have a dynamic pose however & all the parts were thick enough that there was nothing bent out of shape. 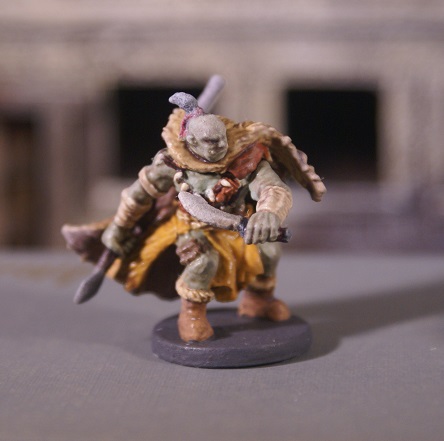 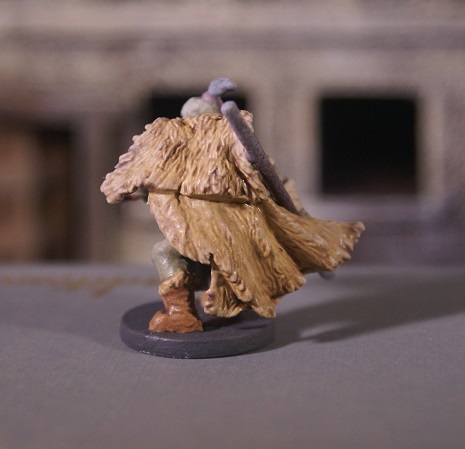 And of course, I found time to finish 2 more of the many Pirates that await the brush. Here we have an Old Glory (left) & Foundry (right) miniature. 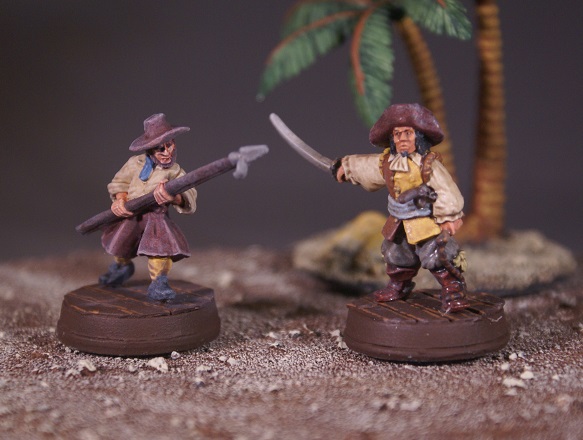 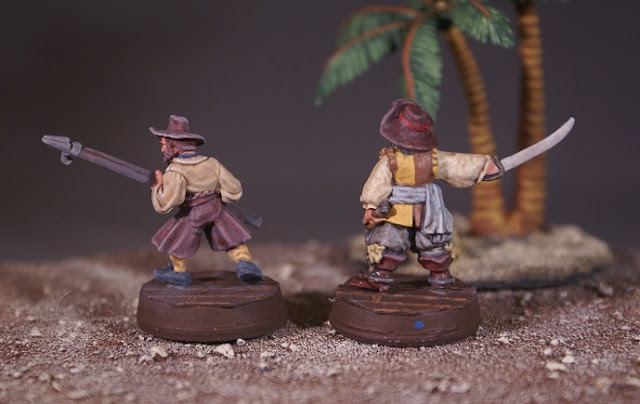 So this finds me with 2 more Descent characters & then its all Pirates until Fallcon, when I should receive my next batch of consignment figures.

Dave once again brought out Fireball Forward for us to play. This time around it was a larger  battle

We played a scenario pitting elements of the Canadian 3rd Infantry Division squaring off against the 12 SS in the town of Rots. Scott & I played the Canadians, while Chen supported by Dave played the Germans. 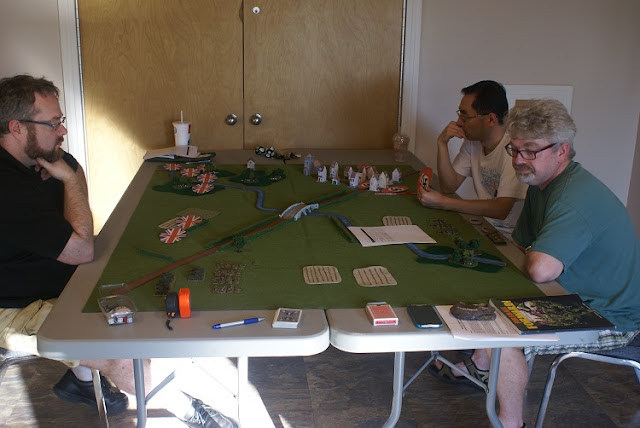 The Canadians had 4 troops (squads) of 46th Royal Marine Commandoes with a Sqn of Sherman's from the Fort Garry Horse'. As well we had support from 3 Centaurs. 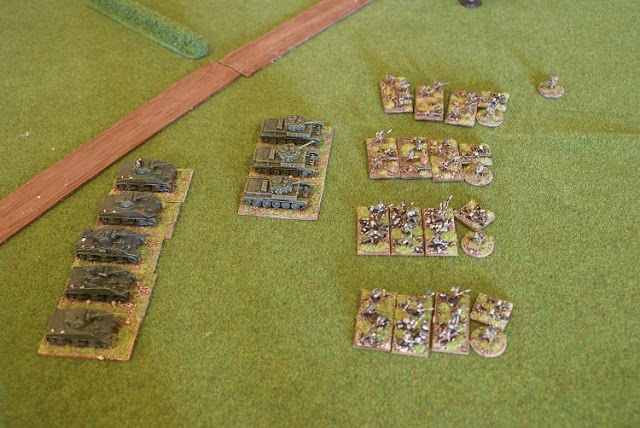 The Germans consisted of a troop of Panthers, 2 squads of infantry with MG's and a support unit with a mortar, infantry gun & AT gun. 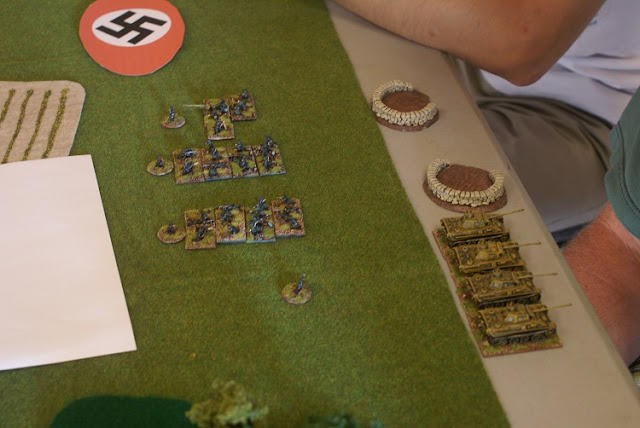 All the forces began under blinds. The 3 objectives were the bridge, church & farmhouse (single building) at the top of the image. Needless to say from the deployment, the battle would be fought at the one side of the field. 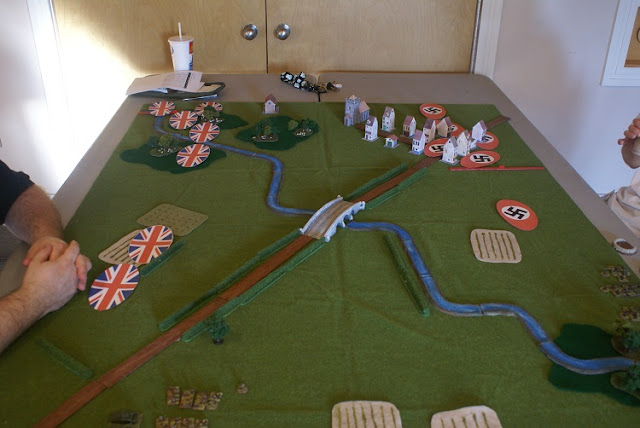 Our tank Squadron took a battering from the Panthers, & although hitting several times in return, failed to penetrate the frontal armour of the Panthers. They eventually supported the assault on the church by hammering it with HE, driving out several of the German defenders. 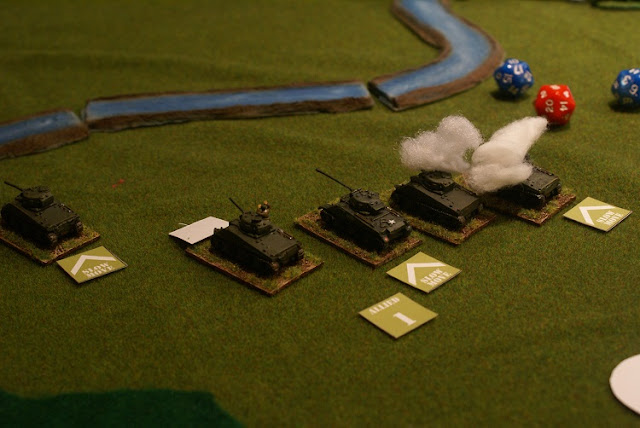 ﻿
Having learned the lessons of the first running of Fireball Forward, we had hoped to get the infantry more involved. Unfortunately, we spent several turns of no one being able to spot anyone. Something else that occurred much to Chen's chagrin, is having many of the tanks run out of ammo! In order for this to occur, one of the dice rolled when firing is the designated ammo dice. If it rolls a 1, a reroll is made with a 1 or 2 putting the weapon out of ammo. 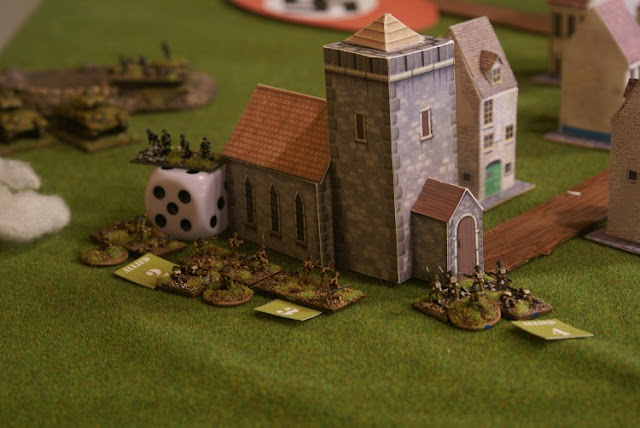 The Canadians did get into the church & engaged the single German Rifle element on the upper floor.  After the rest of the Canadians were again pushed out of the lower floor, we managed to just have a leader holding the ground floor. The platoon you see outside the church was unable to 'go the distance' to make it into the church. 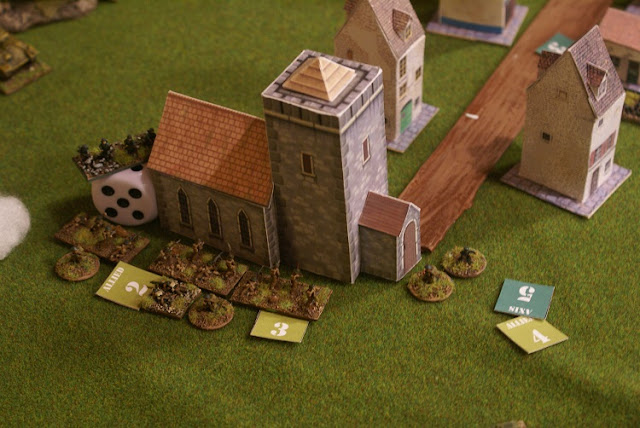 The Germans also got a single leader figure make it into the ground floor & we had the 2 leaders square off in a Webley vs Luger slugfest. Meanwhile a Panther made a rush for the bridge to contest the objective & although its main gun was without ammo, it still had some MG's. The Marines surged forward and had 2 rifle teams swarm the tank. 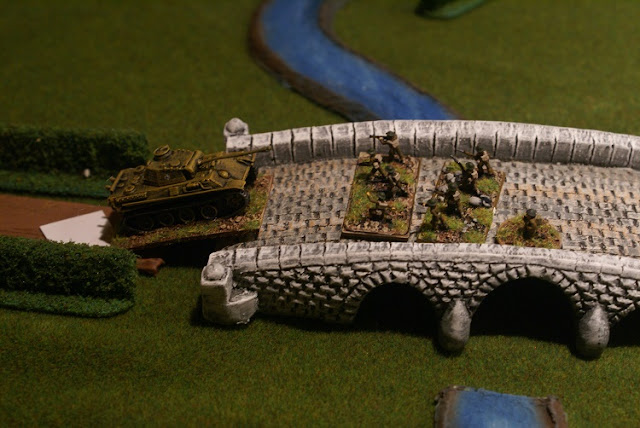 Alas, Chen rolled a 6, which repulsed the infantry...what a shame after such a glorious surge. 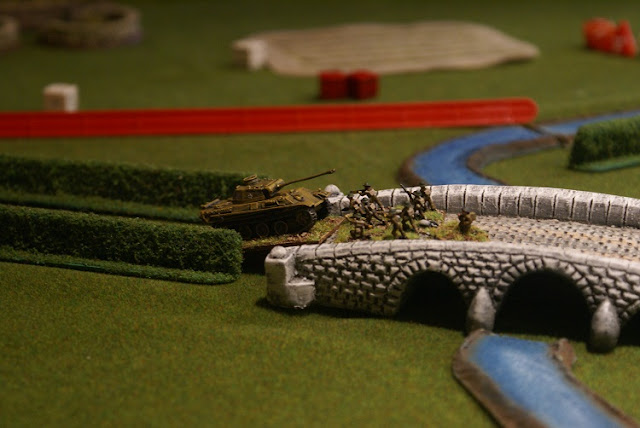 With the Canadians holding 1 of the 3 objectives & the second 2 remaining contested, it was deemed a draw. I think we had 4 of the tanks on the battlefield sitting ammo less by the battles end.

We continue to learn the nuances of this system, one such is using leaders to rally & then move with other troops at key moments. This is very similar to the power of leaders in the Lardie's systems. Thanks again to Dave for bringing this out & I am sure we will see more of it in club nights to come.


Posted by Terry Silverthorn at 7:48 PM No comments:

Spartacus - Serpents and the Wolf Gladiators

I've been working on several projects, hence why no real updates & then had my friend I do painting for ask if I had the expansion for Spartacus yet.

Once he discovered I did, he asked that I get the 2 figures painted for him. So here they are completed this morning 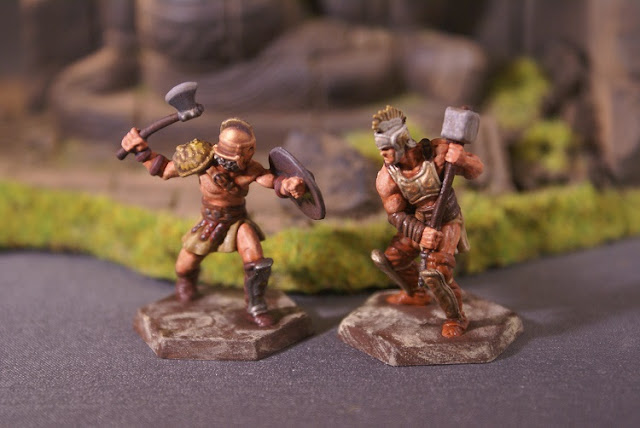 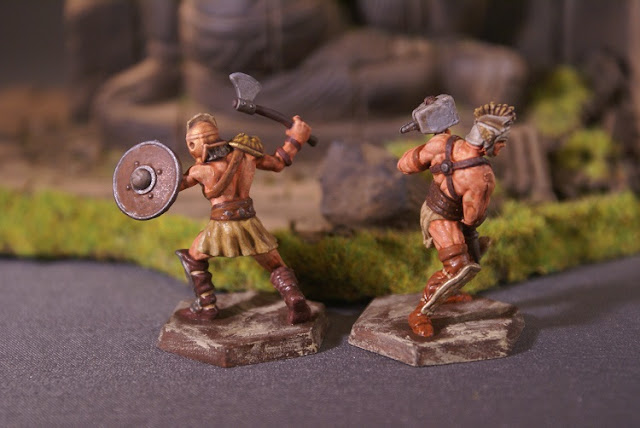 I am currently working on the 4 figures from the latest Descent expansion for my friend as well.

Also I have been sorting out my Pirate figures to make sure I have enough for the crews. After sorting out crews with a Captain, Navigator & Marines it leaves the crew, which I luckily have a great many plastic ones from the Weapons & Warriors game to fill them out. Of course as things are around here, I am continually being drawn to start other projects for IHMN, WW2, Zombicide etc....must stay focussed. So I guess we shall see how this turns out.
Posted by Terry Silverthorn at 2:43 PM 6 comments: