It seems I've been absent from posting for a couple of weeks. This isn't to say I haven't been gaming at all, more a matter of being a bit all over the place with things arriving, getting up the Christmas Tree, Black Friday, Cyber Monday...I think you get the gist.

However as the title states, I had received a couple more of my Kickstarters, namely The Walking Dead & Conan. The photos of the Conan, are not the best, sort of made some space on the table for a quick couple of photos. 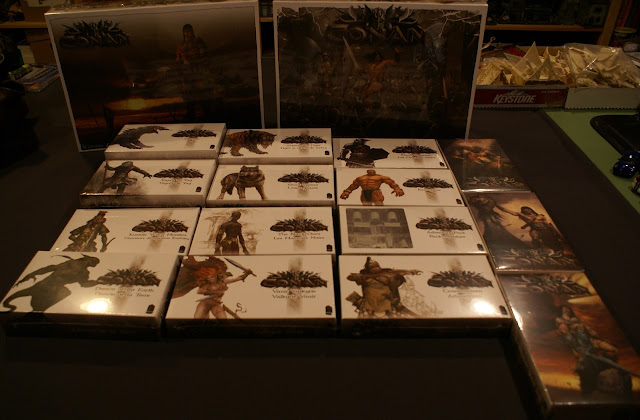 as well as the glare from the shrink wrap. Not removing it, lest I get distracted! 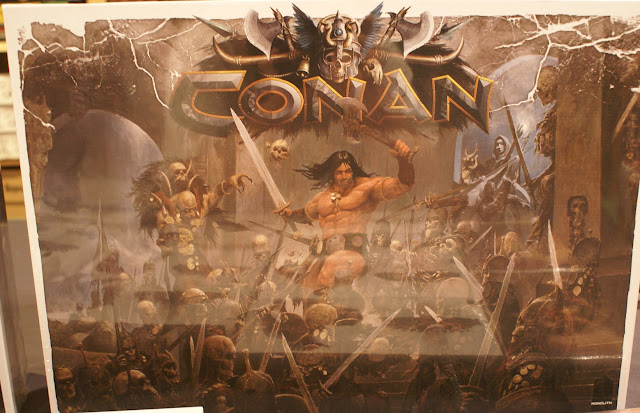 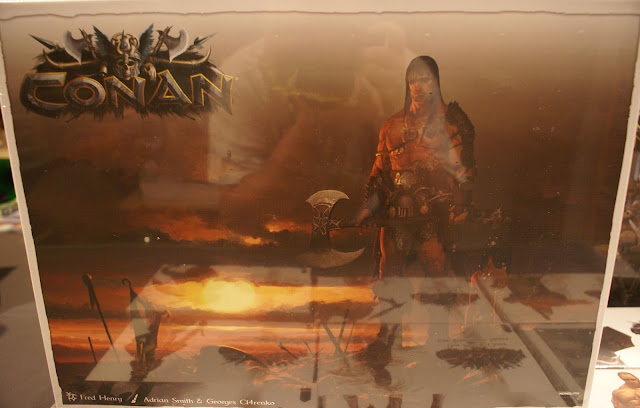 The Walking Dead box had a small crush in the bottom corner, but nothing inside was damaged! Whew! 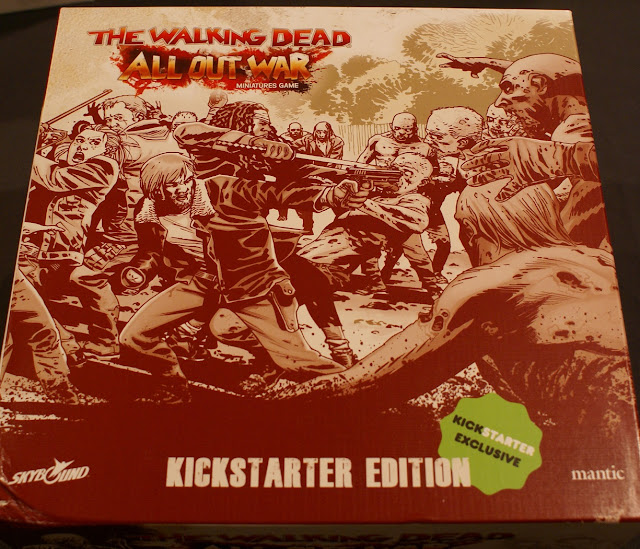 Of course the Walking Dead is a nice segway into my latest batch of Zombies for both Black Plague & Zombicide. 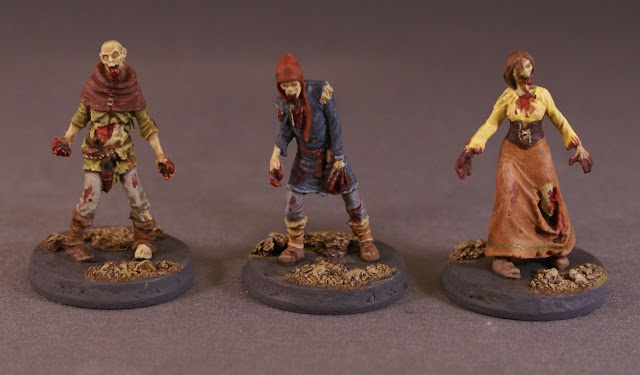 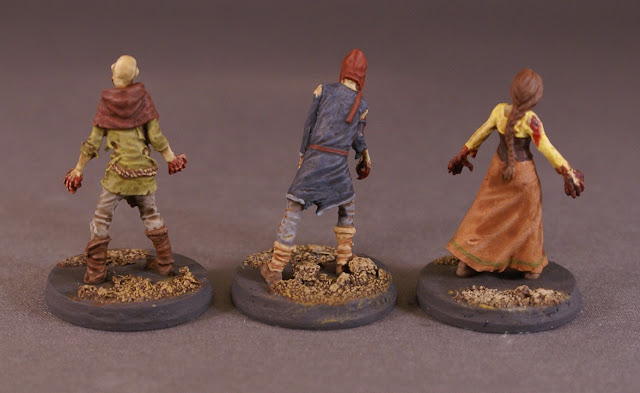 Chipping away at the pile of plastic for Zombicide by trying to get some more of them done as well. 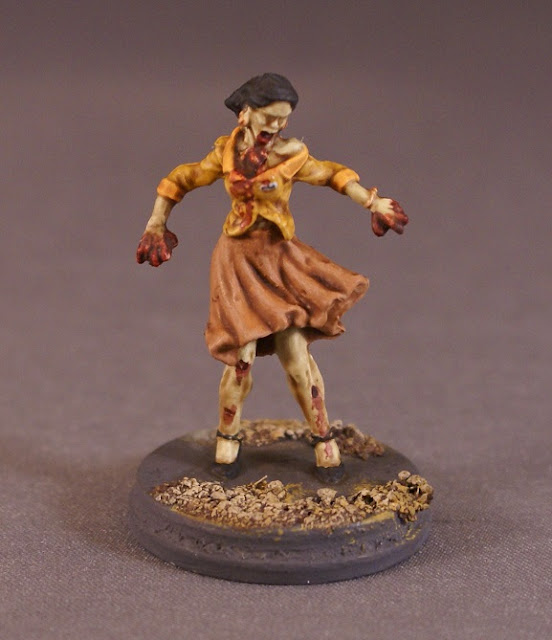 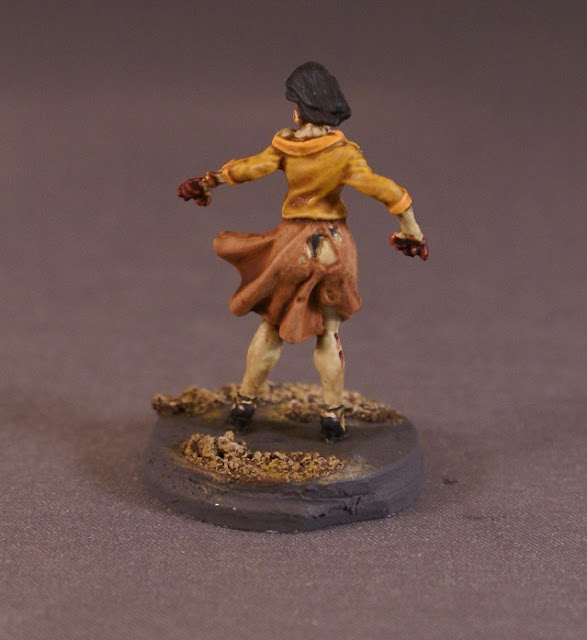 Thus my current focus is on the Zombicide stuff, mainly Black Plague until the core box is finished. As well I have some more Frostgrave being intermixed as I prepare for the launch of our new Campaign come January. Currently working on the Enchanter & his apprentice.

That't pretty much it for this post, Thanks for stopping by.
Posted by Terry Silverthorn at 6:56 PM 6 comments:

Bruce & Chen came out to the house today to give Zombicide Black Plague a try. This was the first opportunity to get my painted Survivors onto the table.

Eventually I will have all of the miniatures painted, but not at this time.

We played the first scenario. Initially doing the Necromancer Spawns incorrectly, by the 4th attempt we had it figured out. 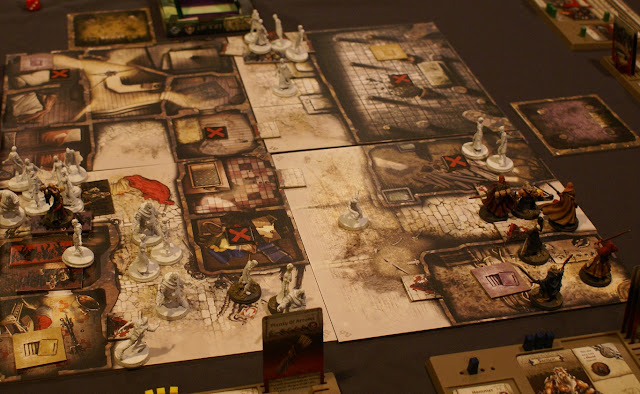 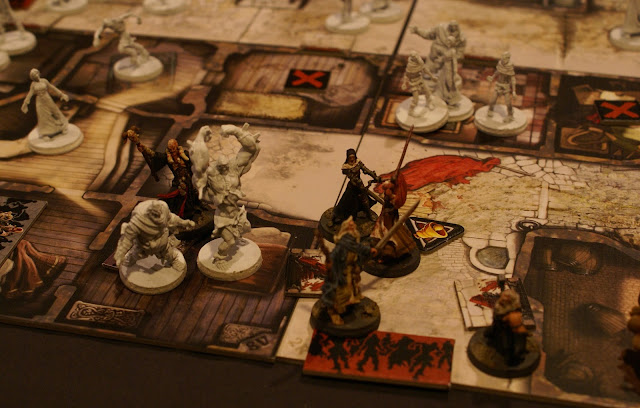 In the case below we had found both the Dragon Bile & a Torch. 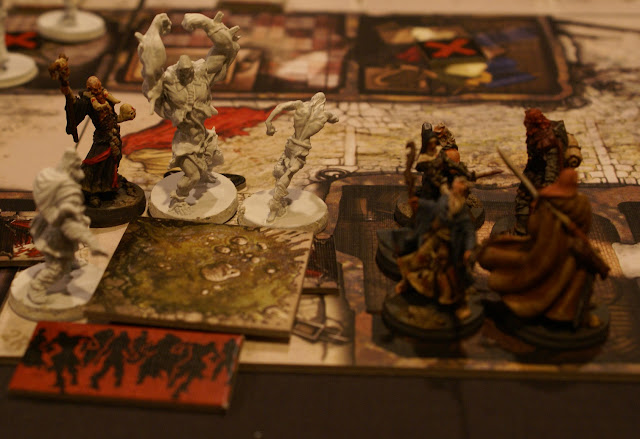 WHOOSH! Away they went. Alas we didn't win however as more necromancers spawned & sped off. 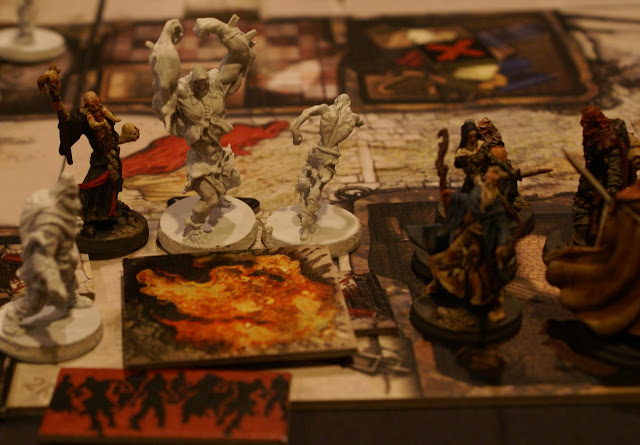 A couple of Poser's. Nelly & the Abomination. 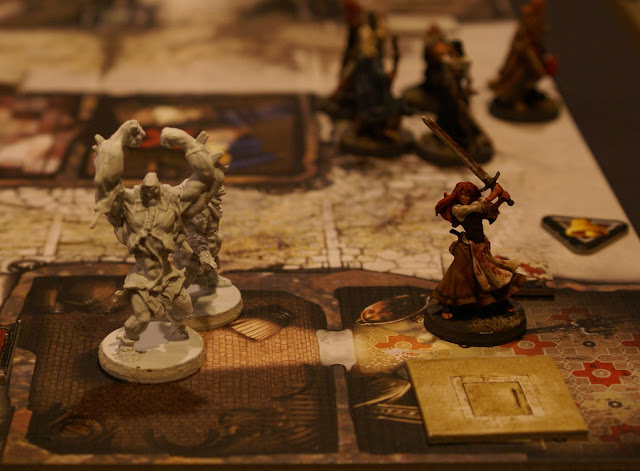 We believed our strategy of getting the larges building ( 9 zones) opened early while still in the blue zone would be the best option. Although we never did succeed this time, I am sure it is still our belief. 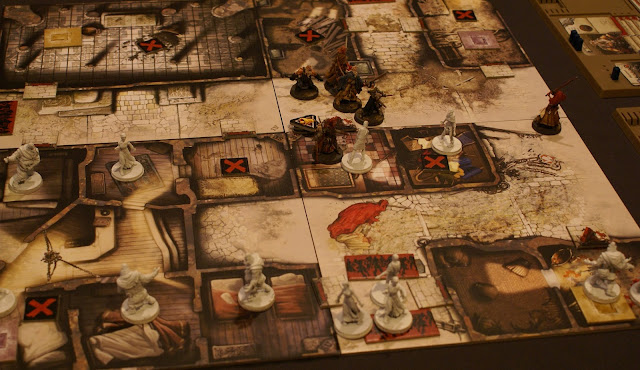 Our after game conversations seemed to agree that the game has some fantastic refinements to Zombicide. The Necromancer spawns & our horrid luck with chained double spawns were what led to most of our downfalls.

Now I need to hunker down & get all these zombies painted!
Posted by Terry Silverthorn at 4:19 PM 6 comments:

This past weekend saw me finish the Survivors from the core box of Zombicide - Black Plague.

Here we have Silas the elf warrior 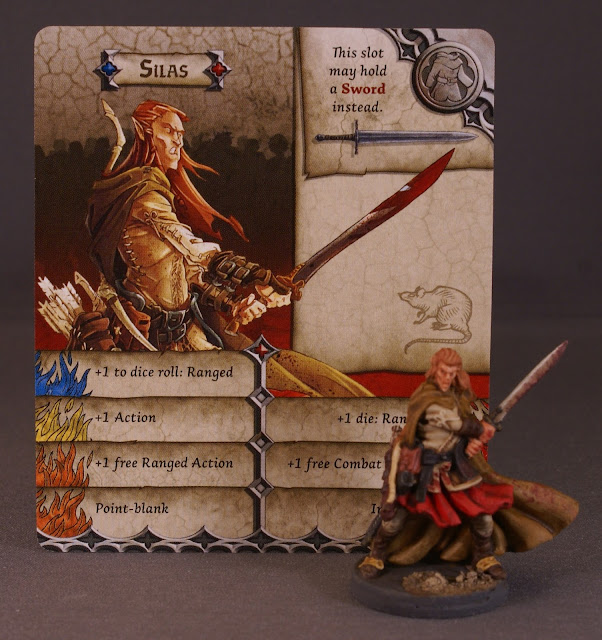 As well as Baldric the mage 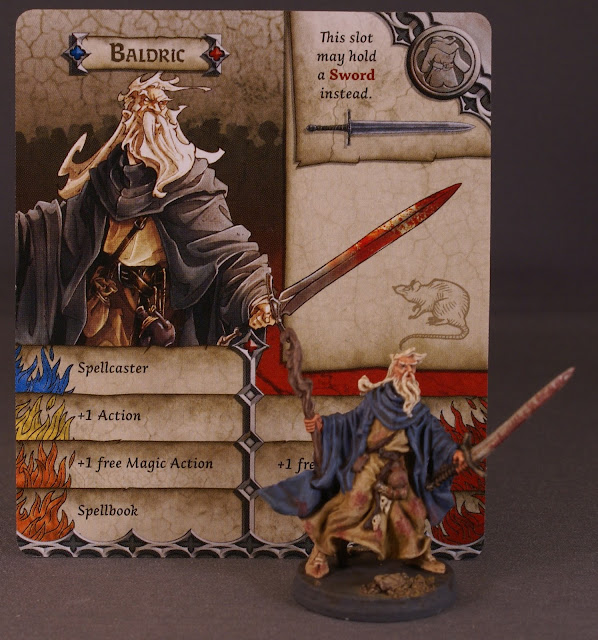 Once again, these sculpts were quite amazing, with deep recesses in their clothing & cloaks. Then all the baubles, & stuff on their belts. 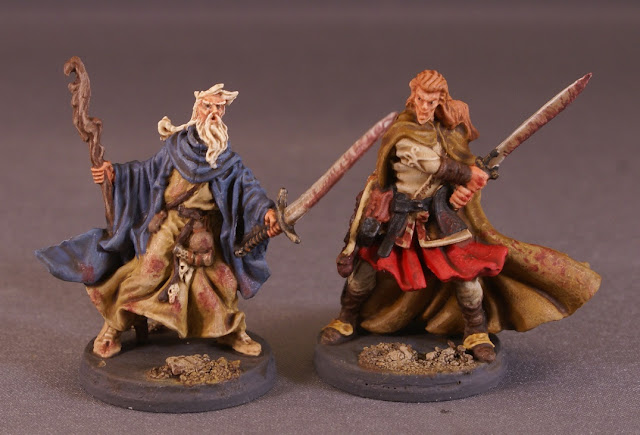 I am exceedingly happy with how they turned out & I now have all 6 Survivors ready for the gaming afternoon this coming weekend. 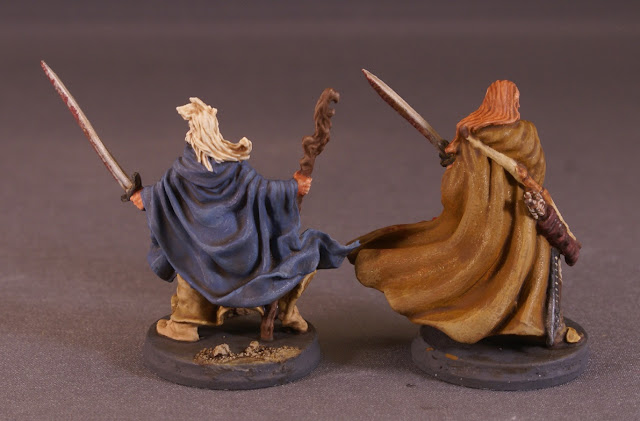 I was also able to finish off the Necromancer & another Zombie Walker. The Necromancer also has lots of detail & is a pretty cool figure 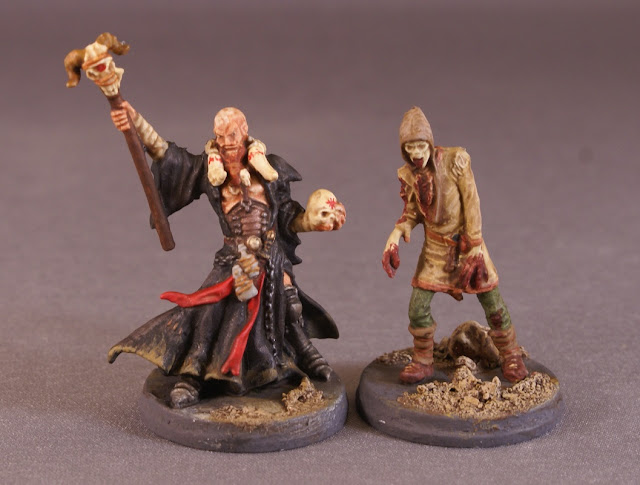 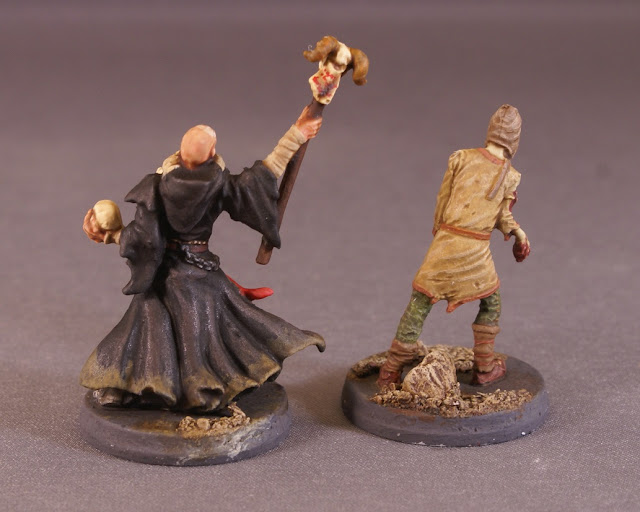 As I will be hosting this game on the weekend, I am not even going to think of trying to rush through the Zombies. The primed miniatures will need to suffice for now.

Our party once again descended into the shadowed halls of the Silver Tower, making our third attempt to collect the 2nd piece of the amulet.

The first chamber encountered was 'A Sickening Turn' which was pretty much a deamons gullet, complete with acid. Add to the mix were 5 Tsangor's. 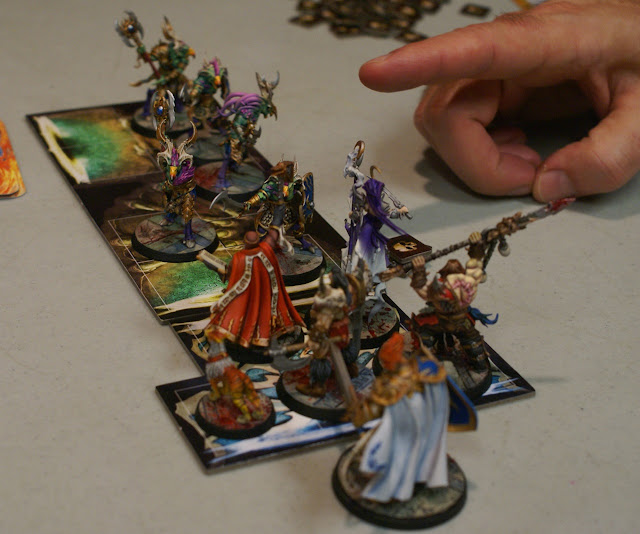 We then  found ourselves back in 'Looting the Dead' where we could attempt to loot treasures from the sarcophagi. I netted a Unseen Amulet, we got a second treasure before unleashing the entombed acolyte. 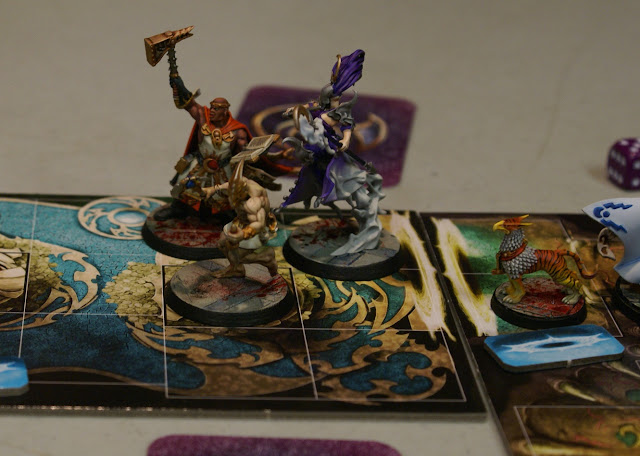 Next was the 'Shifting Plates' chamber & a Tzeentch magic user. 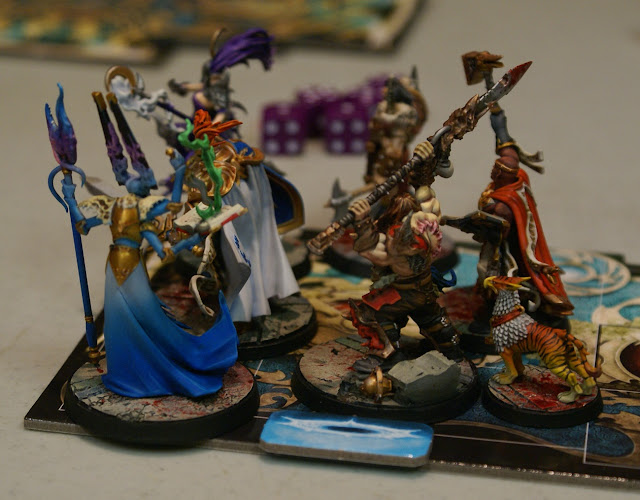 Another magic-using creature manifested, we took him down also! 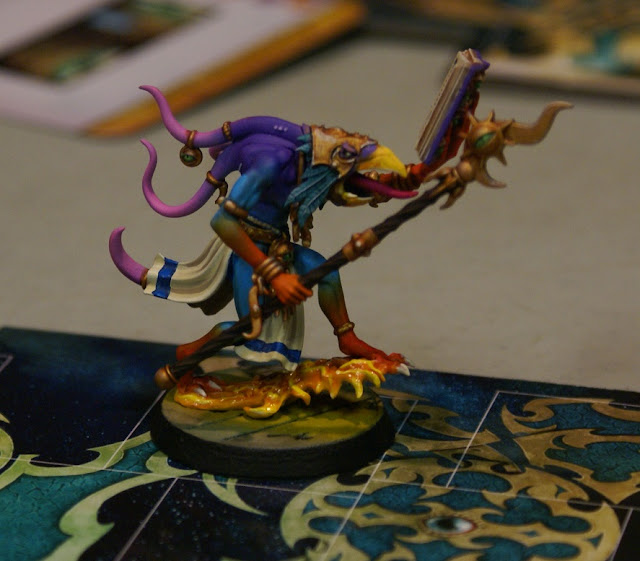 The Alchemist's Den was filled with adversaries. I used a Basalisk's tongue to turn most to stone. I didn't allow for much renown, but it sure cleared the room! 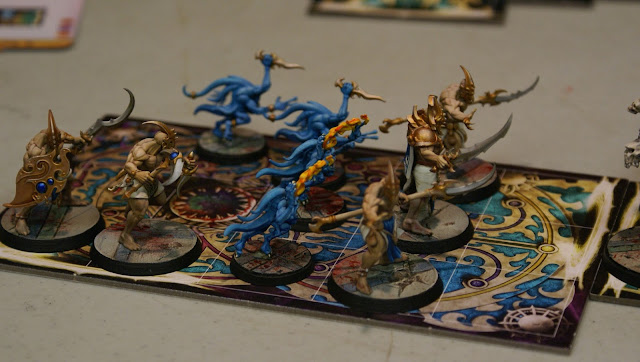 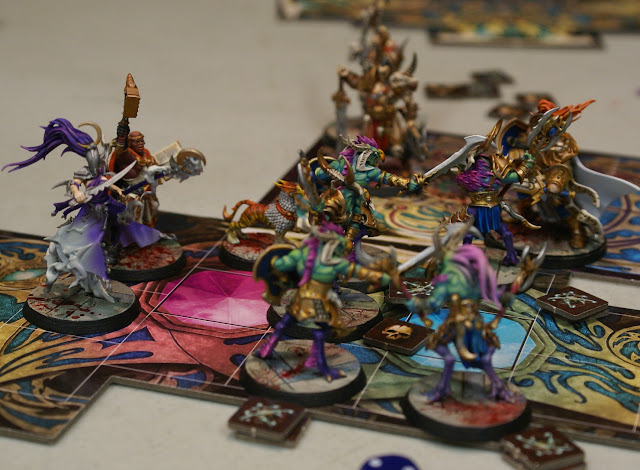 It was at this point we discovered the Vortex. We chose to explore further the other way while the opportunity existed. We then entered 'A Merry Chase' with 5 Acolytes.

Past that room was the Warriors Gaze (our favorite room of this scenario) however we did not to into it waiting for the grots within to come to us. 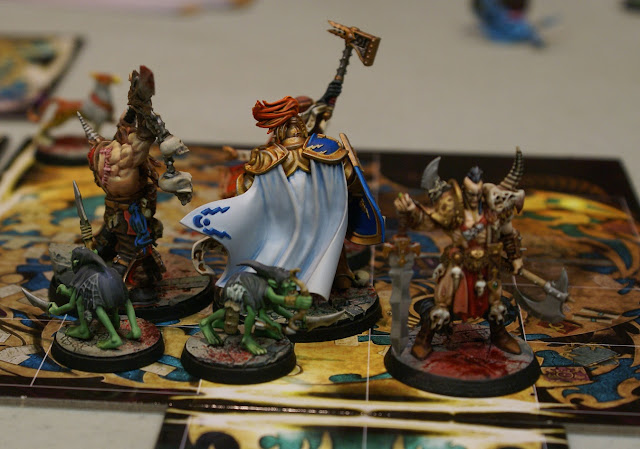 We retraced our steps to enter the vortex & entered the Boss Chamber! The was a Fighting pit with numerous Acolytes & Adepts. 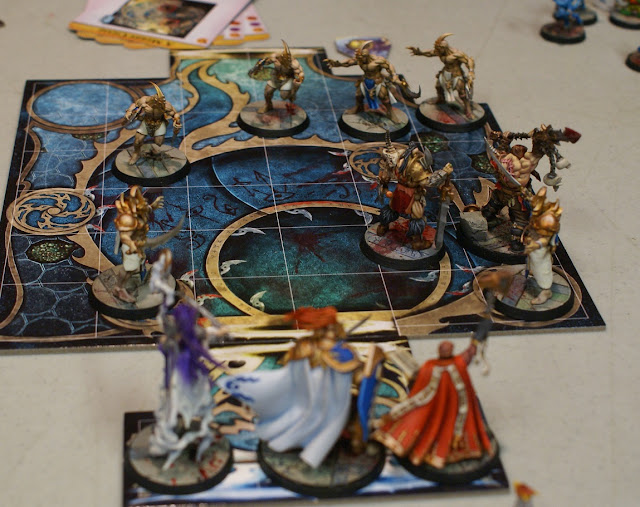 The battle seemed almost anti-climatic as we chewed through these guys quick & thus earned our second piece of the amulet! 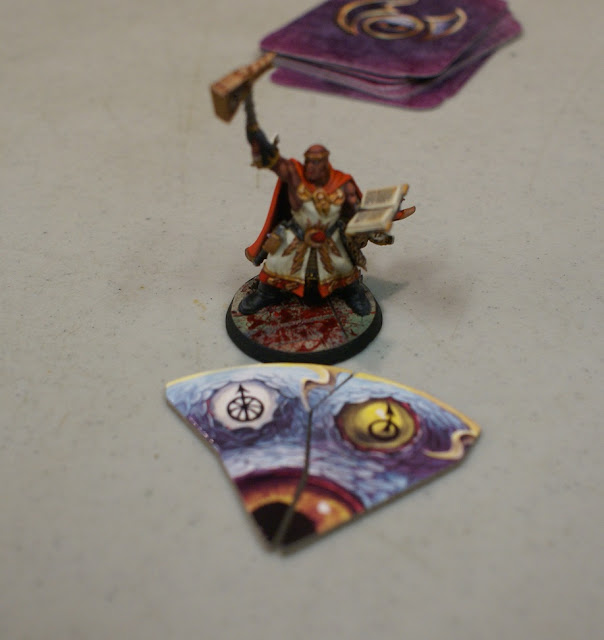 Now we prepare ourselves for the next foray into the Silver Tower....but that's a story for December!