So I spent the better part of my Sunday paint session rearranging the paint table, trying to clean up a bunch of paint bottles & to take stock in what I actually have. OK lots of paints from several lines. And quite a few paint brushes for when the current ones have faltered in their fine painting usefullness & are relegated to dry brushing.

However I did pull out several more vehicles to support the force I am building & am cleaning them up & prepping them for priming.

I have 5 Vickers MkVI B's/C's from 2 different manufacturers. The one of the left in the image is from Army Group North Miniatures & is pretty much a complete vehicle sans a couple small metal bits to be added. The one on the right is from the 3 I bought quite a few years ago from Ian Crouch. 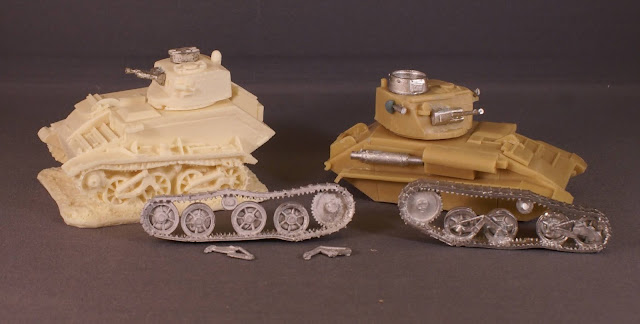 There is quite a bit more work on those ones as I need to glue the spring suspension onto the wheels....ugh! I also discovered that Ian's didn't come with the longer gun, so I am using the 2 from the AGNM ones & will make the last from a paperclip.

I also have 4 of the earlier Mark 1 Universal Carriers, 2 each of 2 variants. These will be great for use in the Calvary units & I can use the finalized standard version for the Infantry (thus allowing for their use in later periods as well.) These are all from Army Group North Miniatures. Each comes with 3 crew with the gas mask bag on their chest. 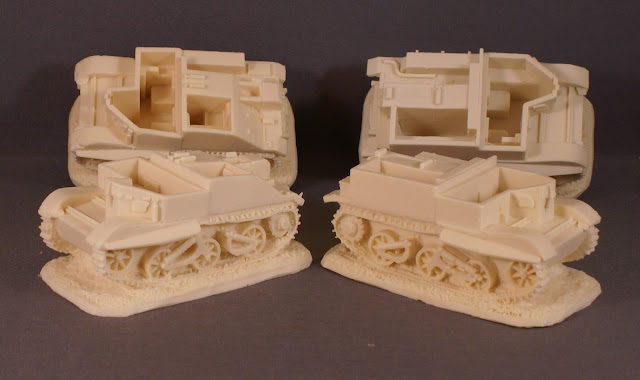 Otherwise the third squad is still on the paint table & I have also been busy with my resin printer (having placed a space heater nearby) to begin printing a bunch of figures from Bob Naismith for use in Stargrave.

Today completes the 2nd Infantry Squad for my BEF force. Here we have the Bren team of 3 members. 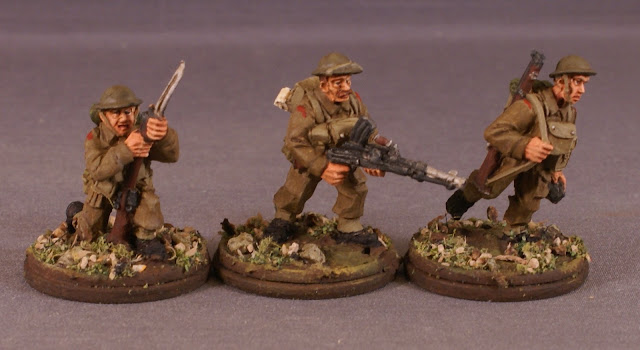 All are Warlord Games metal figures. One of the things about the BEF era of the British is that there are only a few manufacturers who make them. This makes it a bit of a challenge for alternative sculpts. I did think about using some of my spare German 1:35 scale model food bags & then doing some greestuff to fill them out, but that just seemed to be to much work at this time.

So up next is likely the 3rd squad to complete my platoon. As well, I have the 2nd Matilda 1 on the paint table.

Sorry for shouting that out, but after one my friends received his order over a week ago, I was elated to finally receive my Stargrave order today. Starting with the nice Hardcover book 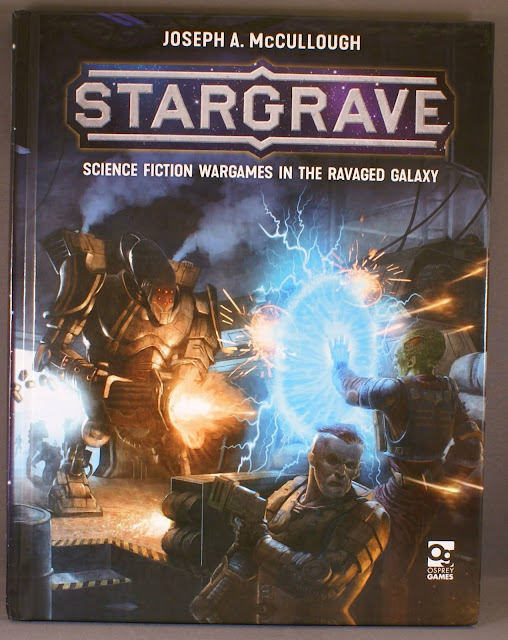 As with most of these releases I jumped into the Nickstarter without a 2nd thought. Snagging 1 of each of the box sets 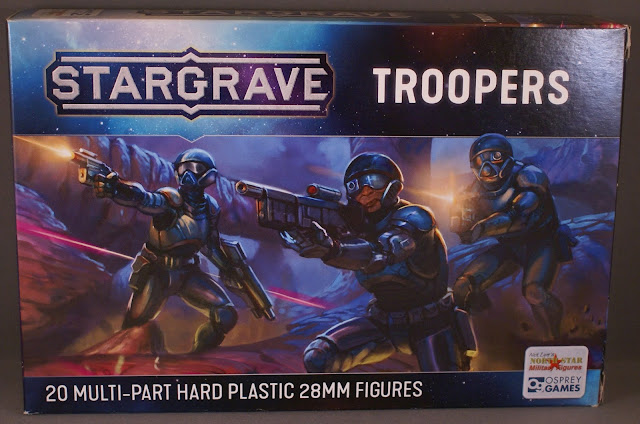 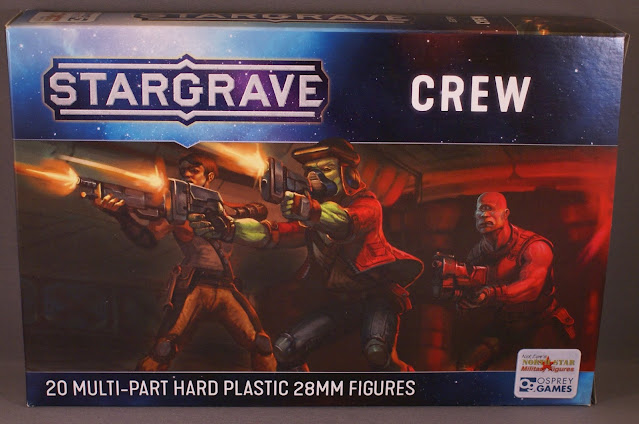 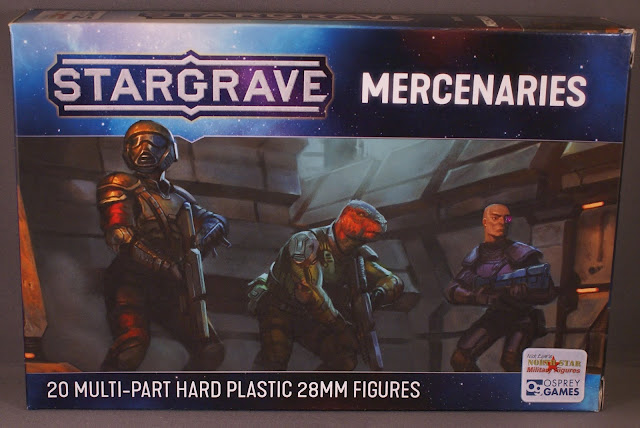 There was also the added extra's that were included with the Nickstarter packages of extra metal miniatures, a figure sprue for more modding, etc.

Now I just need to finish my BEF force before tackling these figures...but that won't stop me from perusing the book & maybe working on some crews on paper in the meantime.

Just a quick post this eve as I've completed 4 more Riflemen for my BEF force.

Again these are all Warlord Games metal figures

I alluded that I expected to have them completed by the weekend, & this has allowed me to keep my word on that.

As I looked at the squad shaping up, I realized I was missing 1 Rifleman for the Rifle team, so will be adding one to the Bren Team for the squad to complete it.

Slogging through the infantry elements, I completed 3 more Infantry. These are members of the 2nd Squad.

Here we have the Squad leader (centre) & 2 Riflemen.

Again these are all Warlord Miniatures metal models.

I've got a good portion of 4 other riflemen well underway on the paint table & expect my lunchtime paint sessions will see them finished by the weeked.