With the completion of the last 3 teams (red, yellow & green) I am now finished this small project I had set myself. So without further ado, here they are

And for one of my followers who has been asking about the size of these cars. Here is an image beside a 28mm figure.

I am now going to be working on another small project in prep for a gaming retreat that is coming up. I have pulled out my When Darkness Comes game, the first in the series which I believe I have most of. So will be focussing on the 6 metal figures that come with the base game.  Until next time...

Just a quick post on the 2 teams I completed during the week. Here we have Team Pink 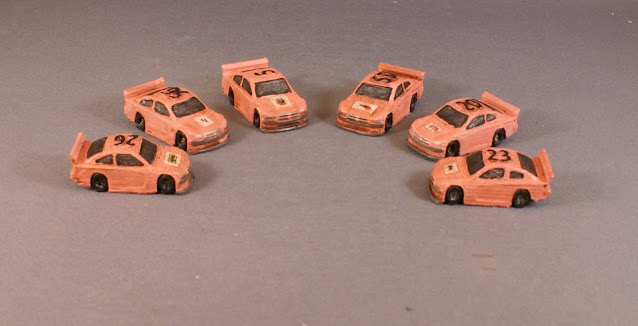 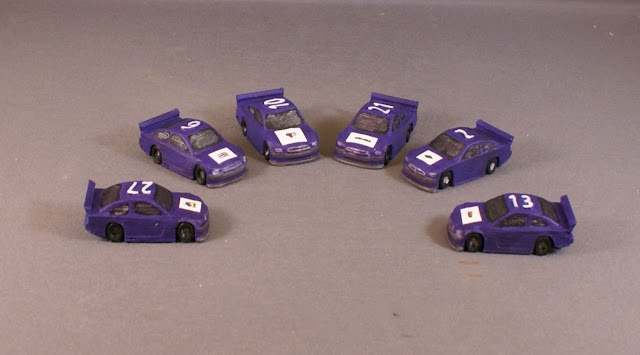 Currently have Team Red on the paint table & if all goes well today, should have another well on its way after that.

Enjoy your Family Day long weekend for those of us in Canada!

Posted by Terry Silverthorn at 7:32 AM 4 comments:

We have a gaming group. Its quite an ecclectic mix of folks, with quite a range of interests.

One of those fellows has Thunder Alley & prior to the pandemic skewing all of our lives, was speaking about running a campaign using it. 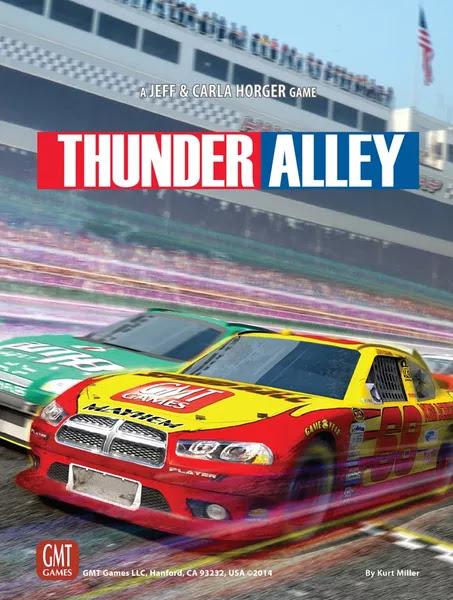 I am not a big racing game fan, however the times we've played this game has been enjoyable, with just enough 'screw your buddy' moments to keep it entertaining. With that being said, I've taken a break from my BEF project to work on some 3d printed cars to give to 'that fellow' for his eventual campaign.

As most things these days, I found some cars on Thingeverse by someone named Dobbalena. Having printed them out, it was now time to start getting them painted.

So today I completed the first 2 teams. Blue & Black.

As I wanted to add something more than just painting the number on top, I found some logos online & scaled them down to cut out & glue to give the vehicles a bit more zap!

The Pink Team is currently ready to go as well, with the logos drying before I add some wash & varnish. So  thats about it for my hobby time this week. Until next!

So today I was able to finish up with support list 1 for my BEF force. 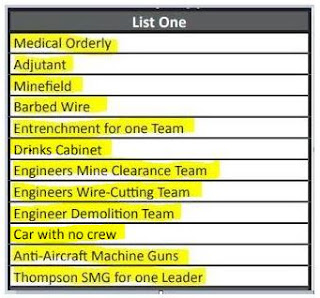 With the entry saying simply. Car with no driver.... Ok, off to Thingeverse to see what's out there for 1940 era vehicles. Finding a set of cars from marcusmole (there are 5 in the set)  I fired up my resin printer & got the Austin 7 Ruby started.

Well the first print was....too small. Using the sizing they listed on his post, it looks to be more 20mm in scale. So after resizing it, I printed out 2. Again with my resin printer, there were some issues with getting the fender & running boards to print out

Not having software or the knowledge to try to repair a stl file, I opted for the second alternative ---  Cardboard! Making some strips of cardboard to be the running boards, I glued them underneath & then trimmed them down when dried. 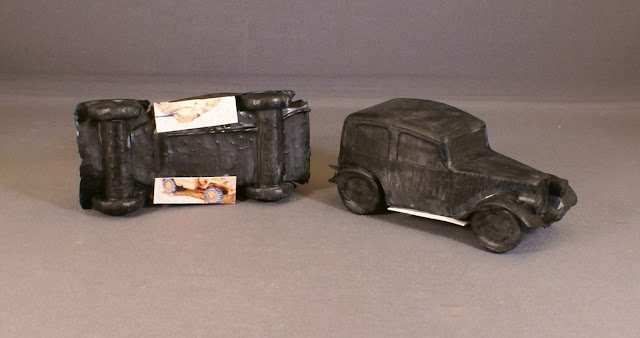 After that was dried, I also made some cardboard fenders to replace the failed ones. Nothing fancy & won't win an award, but it suffices. 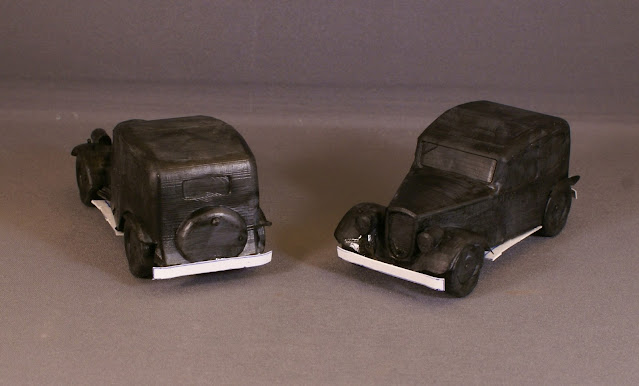 Without a real plan of colours to paint them, I figured on these being 'aquired' during the campaign. I rusted & muddied up some of the other failed areas (fenders, etc) & went with a dark 'thicket' green & Prussian Blue for vehicle colours. These can now be used by any of the forces that need a  car...with no driver. 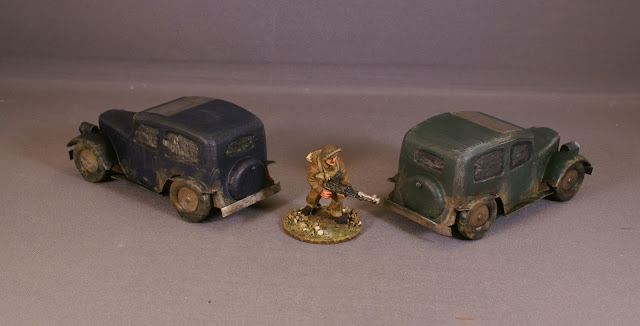 I am printing out some of the other vehicles, but have had some other issues with them, so will work on finding other files to use.

On another point, after working on my entrenchments & having the issues with the warping of the foam core, I reached out to an aquantance who kindly provided me with an stl file of the base to use. Cheers Mark! 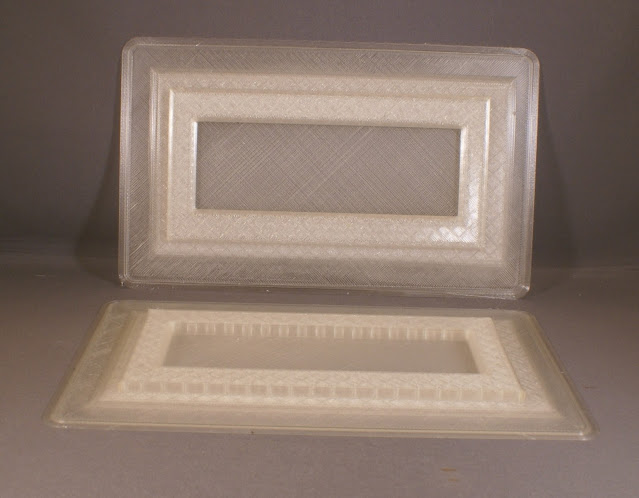 I am now working on getting some of the sandbag files I've found on thingeverse scaled correctly to print out a bunch to make another set of the entrenchments.

So with Support list 1 done...I think you know where I am headed next. Though I want to work on a small side project for another friend...so stay tuned!