Off to a Rocky start!

So having completed the Zuzzy rocks, it was onto some of the foam built ones I've cut with my foam wire cutter.

There are a lot of great Youtube videos of people making these & are well worth the watch for ideas.

As I started working on them I figured I would do a step-by-step of my own with the colours I chose. For these larger ones I used scrap pieces of Pink insulation foam. 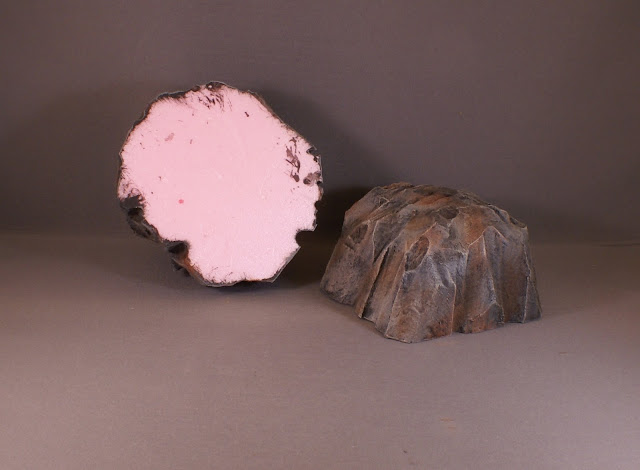 Originally I was going to mount them on CD's, but then I thought...why? The goal of these was for use in Rangers of Shadow Deep & many other various games where large rocks were needed to cut down on LOS 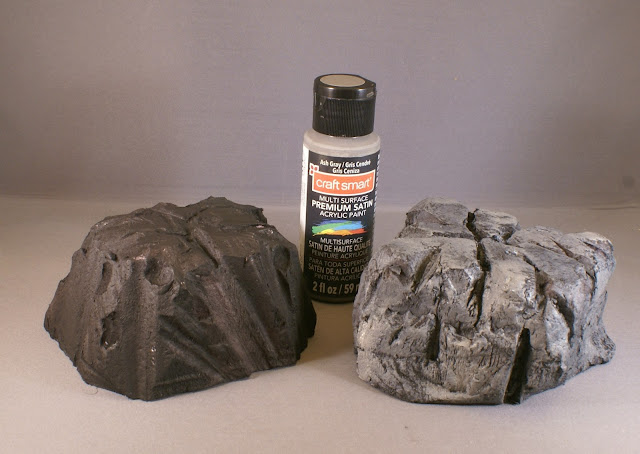 So after painting them with black gesso, it was on to the base Ash Gray. The goal is not to completely cover the black with the gray, as you want the deep recesses to remain dark.

This is followed by scrubbed on patches of Burnt Umber. Definately using dollar store brushes for all of this scrubbing & stippling. 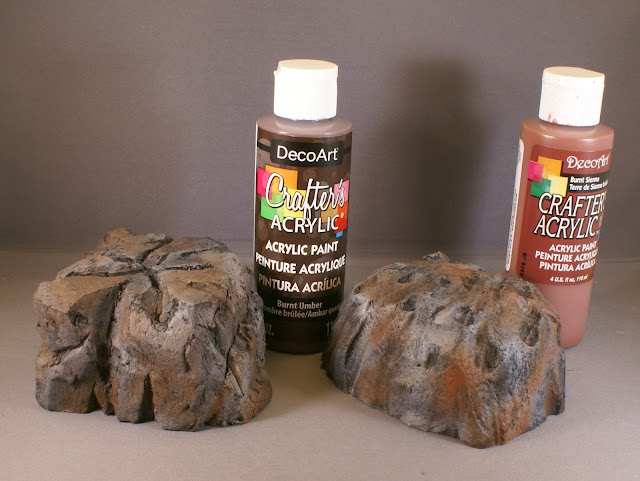 Next was the Burnt Sienna, which is scrubbed on sparingly. The colour looks good for where there may have been oxidizing iron bits within the rock formation.

Lastly my favorite edging colour, Sand, to touch up the edges & dust across the larger patches. 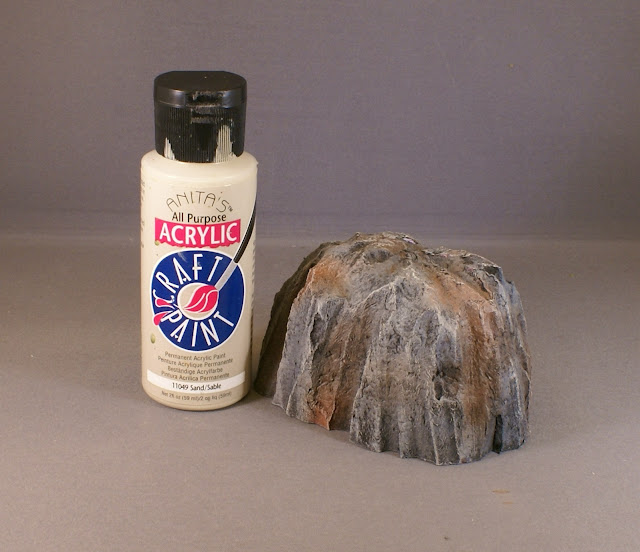 And here they are completed for today. I did make 1 spire version & will likely make some more of these, which I intend to paint in Desert sand colours. 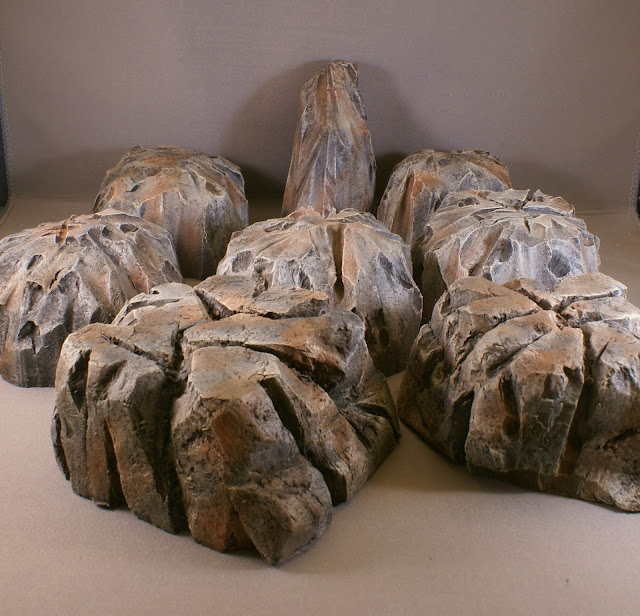 Of course we needed a figure for scale image. 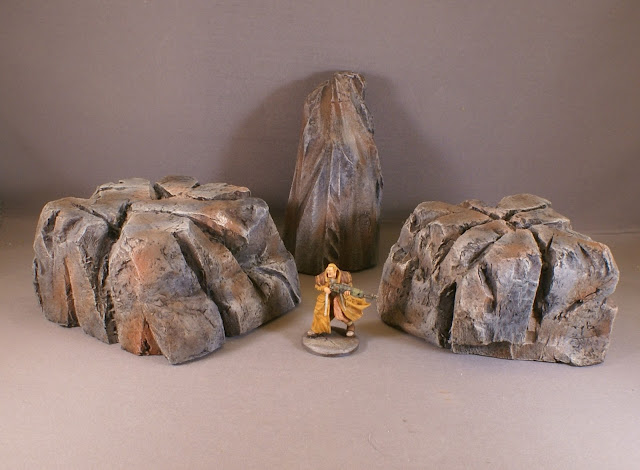 Then it was onto some small rock faces that were emerging from the earth. These were made with the usual white packing foam, which isn't as durable as the pink. 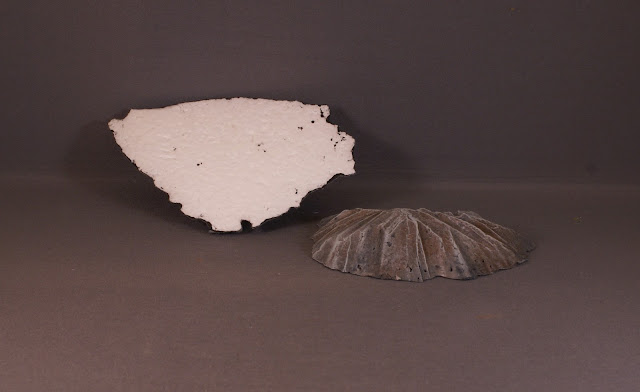 I covered these ones with Mod-Podge to hopefully make them more durable after painting them grey. I guess once they are on the table & tumbling dice roll over them, we will know if it worked.

So that ended my hobby session for today. Thanks as always for visiting.

These past few weeks, I've been going through a bit of a painters block. No desires to grab a brush & dab some paint.... so instead I've spent some time getting some other things done in the basement.

To start, I have the luxury of access to a large format plotter & took advantage of some of the maintenance to plot off some various gaming mats to get the inks flowing through them after the 2 years of sitting they went through during the pandemic. 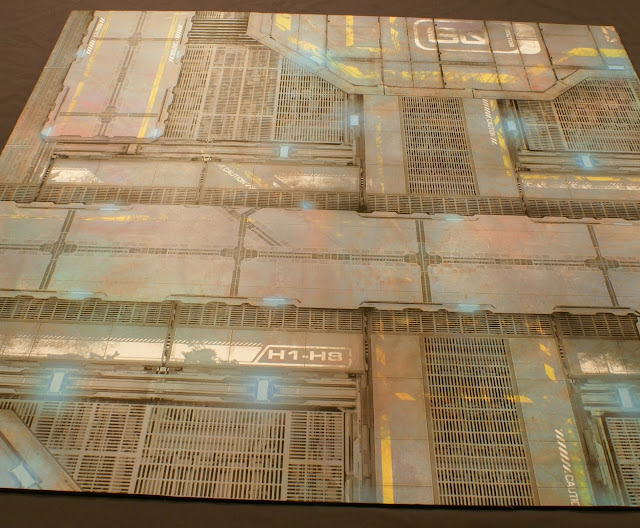 These mat patterns are all from one of the 3d printing Patreons I follow - Unit 9. Every couple of months they add some new themes to the monthly files. 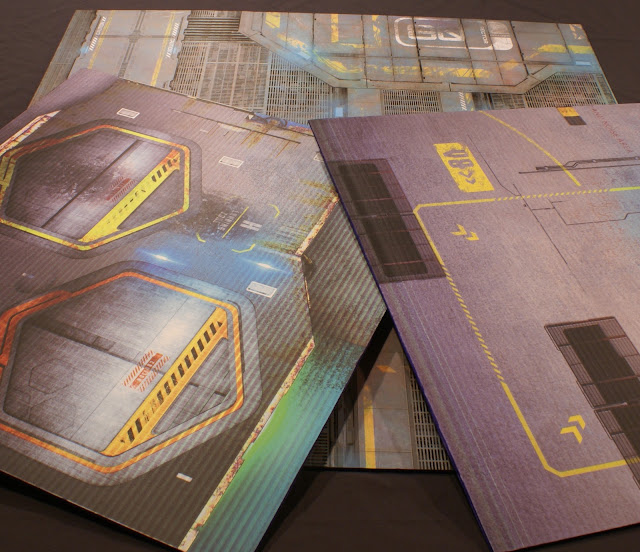 I mounted them on the many pieces of foamcore that were saved from going to the dumpster at work.  These have been sitting about for some time & I wanted to start using them. I know others have had these printed on vinyl or mousepad material which can be rolled, but I wanted to keep it cheap...for now. 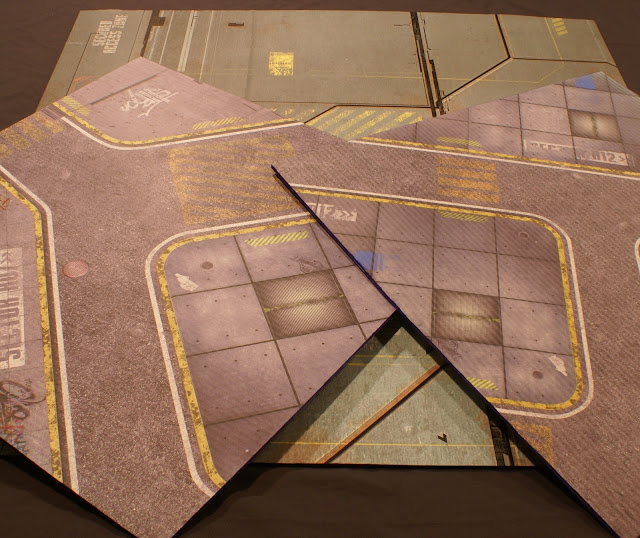 The mat files are offered in several sizes (2'x2', 3'x3', 4'x4') so I chose the ones I could manage with the minimum of fuss & taking into account having to store them afterwards. So now I have Cyber City, Hangar Bay, Wasteland & Underworld themed boards built. 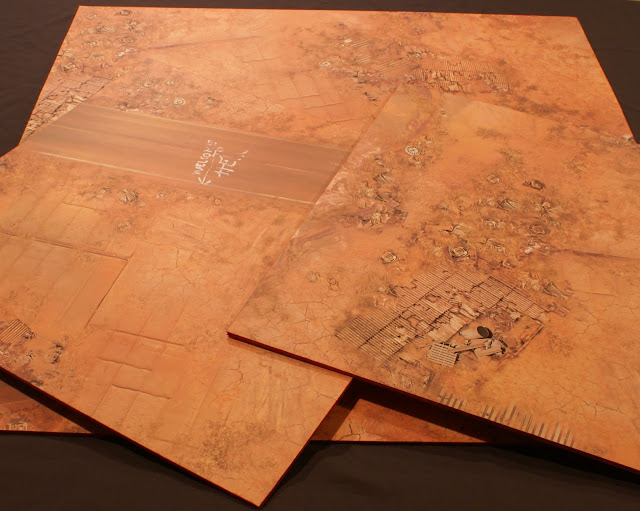 I hope to use them in Stargrave & 5 Parsecs from home depending on the size of battle & number of players. 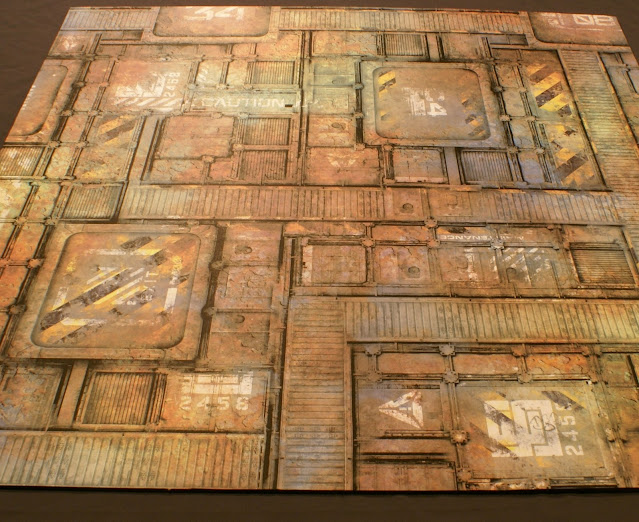 Overall I am quite happy with them.

So next it was time to knuckle down & get working on some sci-fi looking rocks for our upcoming Stargrave game. It was then I found the box of a bunch of Lava type rocks I had purchased from Zuzzy many years ago. 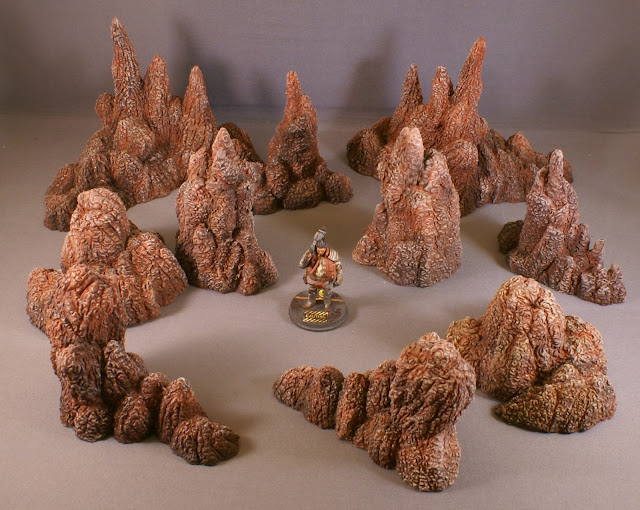 I wanted to make them usable in more than just sci-fi..so stuck with traditional colours more or less. 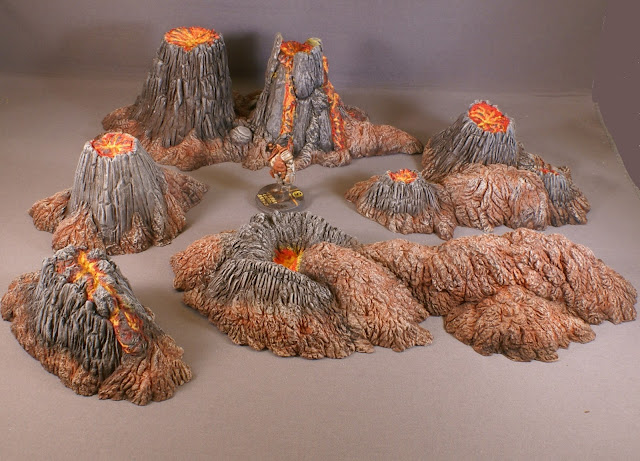 There were also several that had volcanic lava streams emerging from them, so I tried my hand at doing that...yes it took a couple of attempts & a couple of Youtube watches to get the 'Lava' to where it looked somewhat realistic.

So now I've got some more rocks on the paint table, but these are foam ones I've been dabbling with & hope to get them done Sunday.

I apologize for being absent from the blog these past few weeks, but we all go through these phases & its always great to be getting back into the groove!

Thanks for sticking with me!

Posted by Terry Silverthorn at 8:29 AM 4 comments: