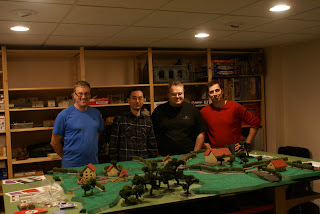 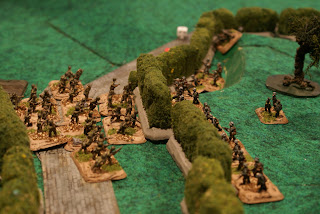 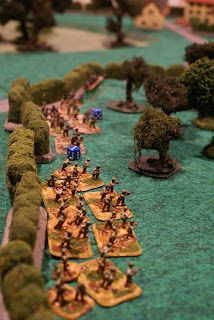 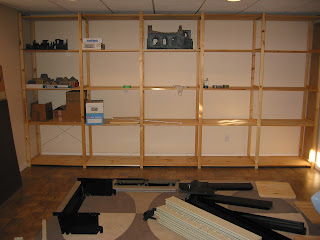 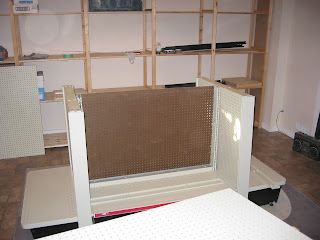 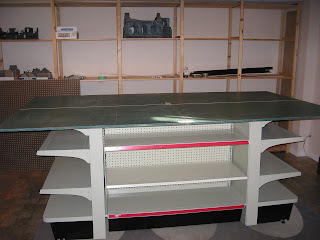 Buy of the Day at Gibbons Town Wide Garage Sale

Today was the garage sale day I look forward to most each year. Not only for the sheer number of participants, but for the Kubasa with sauteed onions & Sauerkraut.

This years buy of the day goes to a box of what at first appeared as some GW LOTR figures. With a War Mumak right on top it was a no brainer. I saw the price on the lid of the box to read $5.

At first I thought it meant whatever was in the box was $5.00 per item. Was I surprised at the answer! 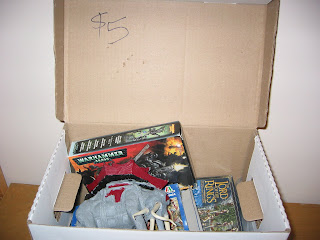 So looking in the box I saw the War Mumak, a box of Easterlings, a box of 40K Space Marines & what appeared to be some plastic 1/72nd scale Greek Infantry.  Fair enough. I snagged the box and a couple other things from this vendor. I then had to haul it back to where I parked the car to offload it.


Once I arrived home I delved further 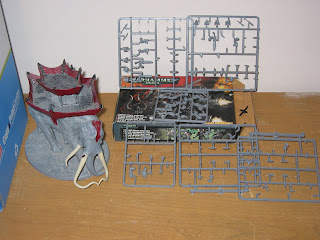 The box of  Chaos Marines were merely mostly empty sprues, but there were some bits and a full sprue of Chaos appendages, always good for modding possessed in Mordheim. 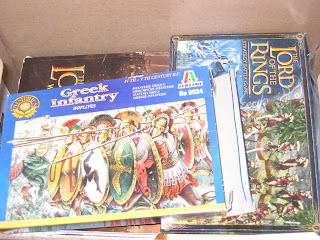 Under the box of loose Greek Infantry can be seen some books. They appear at this stage pretty beat up, but we shall see.﻿ 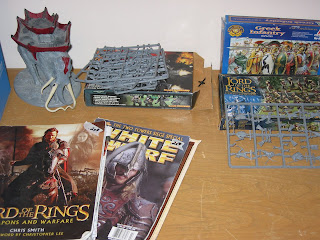 Checking out the Easterlings box, I find one complete sprue of troops. So where are the others? The plot thickens 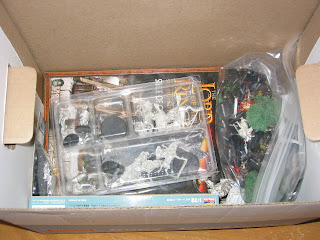 Hey now! Whats this I see under those tatty books? 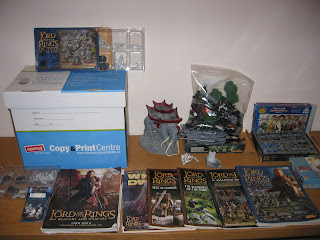 Here we have the full Monty. Everything that was in that $5.00 box.

The complete list (without removing the figures from the ziplock bag or out of the plastic blisters;

LOTR Weapons & Warfare - Rough shape, but this will be a good copy to use as my painting guide.
White Dwarf WD277 - Also in pretty rough shape.
LOTR Siege of Gondor - Good Condition w/ retail sticker price of $18.00
LOTR Scouring of the Shire - Good Condition w/ retail sticker price of $20.00
LOTR A Shadow in the East - Good Condition w/ retail sticker price of $20.00
LOTR Return of the King - pretty sure this is the book that came with the boxset.
05-94 Easterlings blister
06-34 Army of the Dead (Metal)
Plastic bubble containing metal Warg Riders, Riders of Rohan, Easterlings & Mordor Troll.
The War Mumak
Box of Chaos Space Marines - well their bits anyway.
Large ziplock bag of mixed LOTR miniatures, and chaos space marines.
Some GW LOTR terrain pieces
09-06 Easterlings Box w/ 1 sprue - assume the remainder are in that ziplock bag
1/72nd M3 LEE Mk 1 model kit - inside box the model is still in plastic
1/72nd Greek Infantry Hoplites - not sure at this point if its complete.

So apart from a couple other gaming related items I purchased, this was by far the best haul of the day! It also ends the townwide garage sale season for this year.

For many years, like so many other gamers, I have sought the opportunity to build the "Ultimate" Gaming space. A place where a game could remain on the table to conclude at another time, a place where friends could gather (road trip), converse and battle over a beer and bad dice roll. In a nut-shell, "My Place"

Well that dream is becoming a reality. Though its taken over a year ( lots of breaks) the basement is being transformed. Attempting to do most of the work myself and with the overwhelming assistance of my co-worker Terry, we are past the hurdle and see the end in sight. Of course all of this would not be possible if it wasn't for the support of my lovely wife. 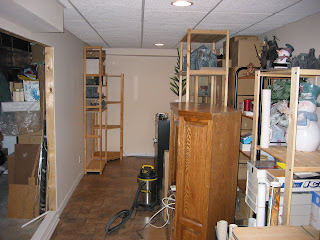 As can be seen, this portion of the basement has the ceiling and floor completed. Now its just a matter of time to sort thru all this clutter of shelves and other furnishings to make sense of it all....yes there is a master plan. 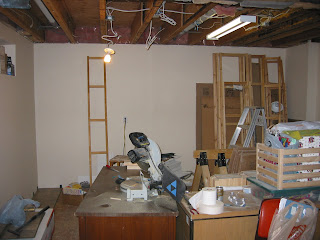 ﻿
As to this half of the basement. Well its just a matter of time. This is the area the game table will be located.

I will try to remember to take more photos as the progression continues and post them as I can.

Thanks for taking the time.
Posted by Terry Silverthorn at 5:11 PM 1 comment: