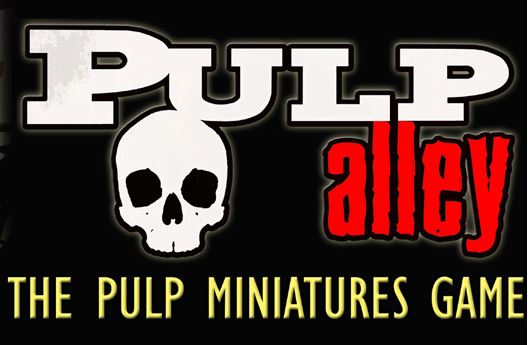 Last month I entered a contest for a chance to win a Pulp Alley miniature. For all the context & contest info, here was the video posted by Pulp Alley

Having submitted the chances for each figure. Imagine my surprise when I received an email from Dave confirming my mailing address.
Well today the prize arrived! First the note from Dave 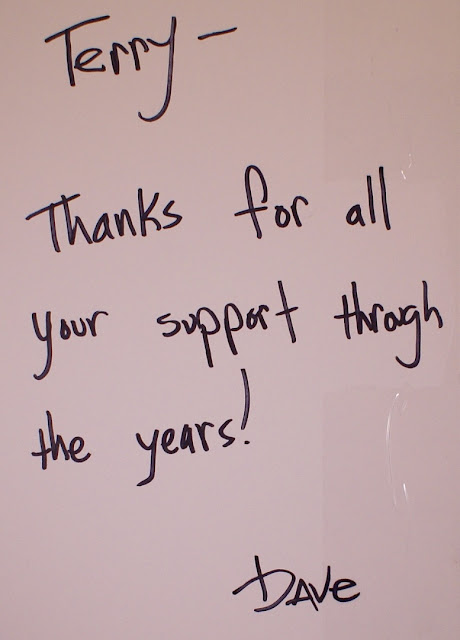 And the prize!
I won Cricket! 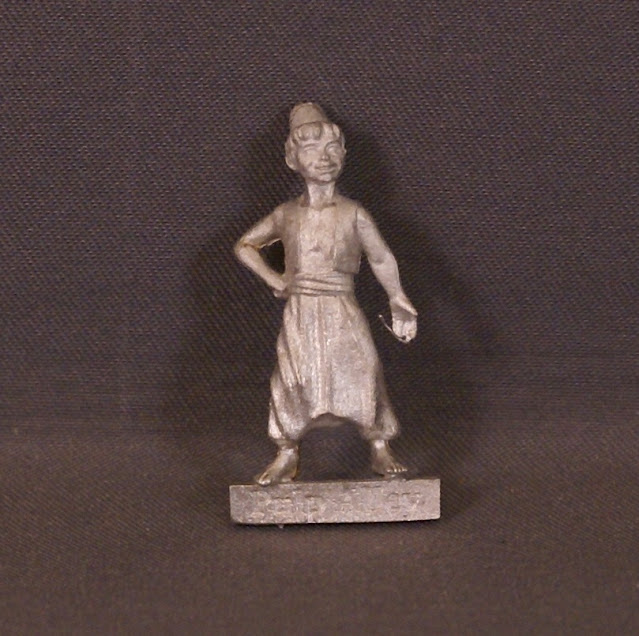 This little fella will make a great Streetwise Urchin!
Thanks to Dave at Pulp Alley! For those who have yet to try this system, I suggest you subscribe to his YouTube Channel for some excellent how to play videos & then purchase this excellent system for all your Pulp Goodness!
As for what's next?

Just before I began my Staycation last week, I supported a new Patreon for stl files from Westfalia Miniatures. 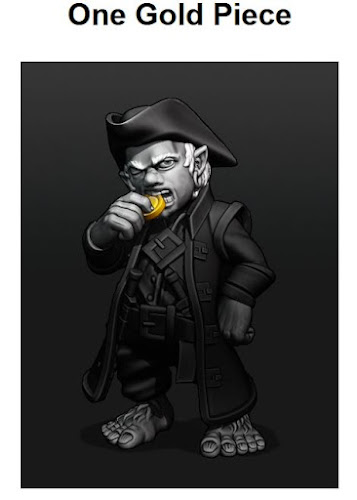 For their launch they started off with some Hobbit figures, a Werewolf & a Hobbithole facade.

With that in mind, I grabbed the presupported figures & set out to print them on my resin printer 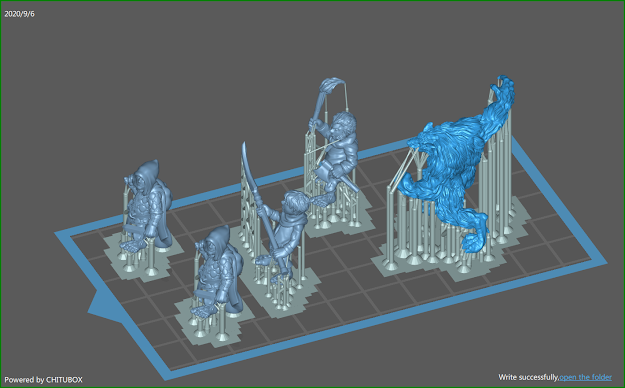 After printing the first round I may have been a tad overzealous removing the supports with hot water, as a couple of the militia hobbits feet broke off. So off we went again & printed round two. During this time I also grabbed another of the presupported stl figure files & printed out some of them as well.

So here are the results

Hobbit Rogue. What a perfect figure, complete with pack on his back of ill-gotten gains...or perhaps just his second breakfeast

Militia Man. The one on the left was the first run & as can be seen had a bit of trouble with the end of his pole, however he is still a serviceable figure. 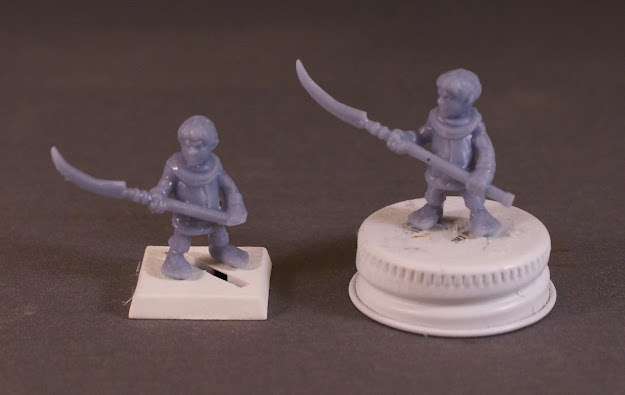 Militia-hobbit 2. This fellow is sporting a torch & hatchet. This is one of the figures that suffered the foot amputation, thus only one of these figures remains. 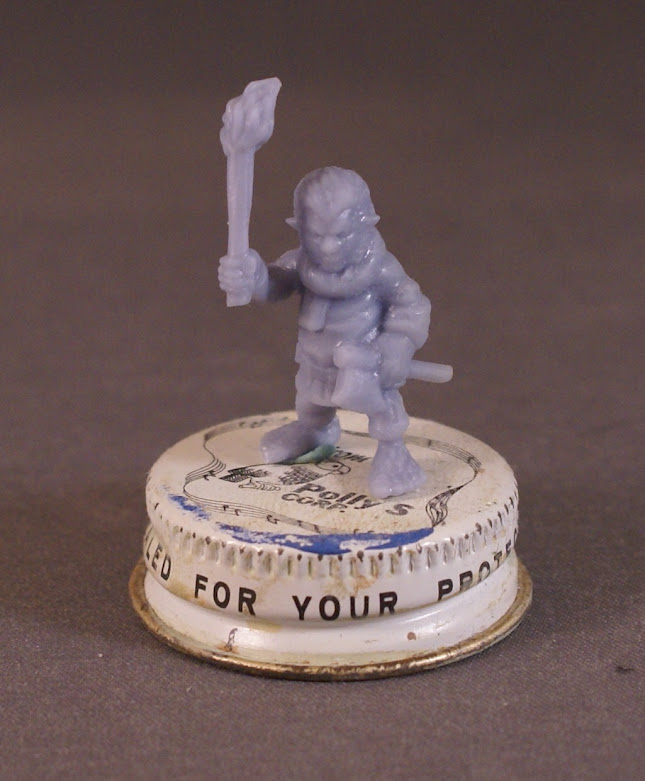 The Beast, or Werewolf if you will. Having printed him out, he could likely be printing a little larger than provided, though he is man-sized & will surely see some use in our Frostgrave games. 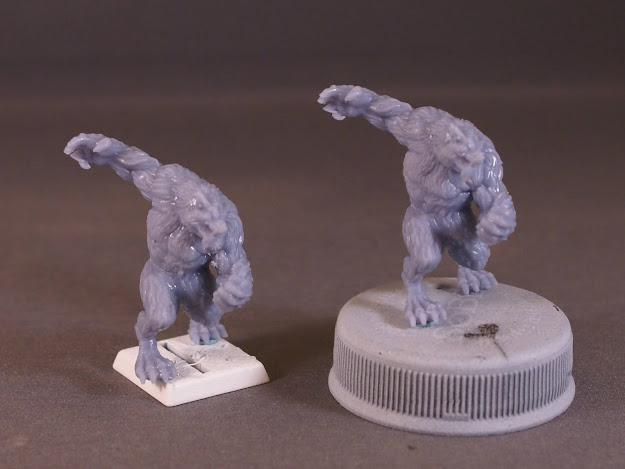 These are 3 figures from another of the presupported files I got. Female Thief, Dwarf Priest & Female Paladin, though her sword didn`t do well (again, this may have been caused when I was removing the supports.) 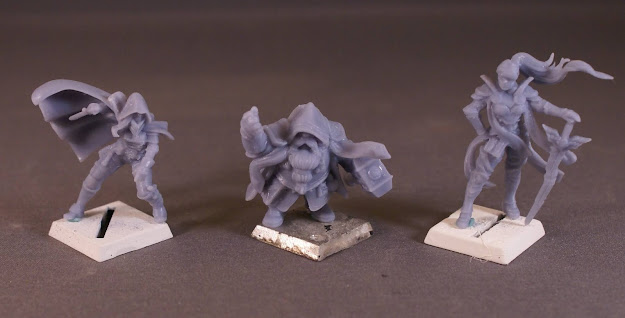 I had also tried printing some of the small scatter terrain, before I was totally understanding how supports needed to be applied & the fact you need to angle items for them to print properly (unless flat on the buildplate). The only items that succeeded were the trashcan, 2 hydrants & an electrical box. 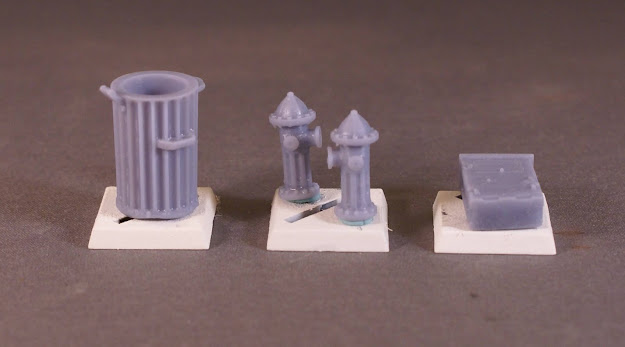 As luck would have it, today I also received my copy of Frostgrave 2nd Ed & the new Frostgrave Knights plastic miniature box from Northstar. 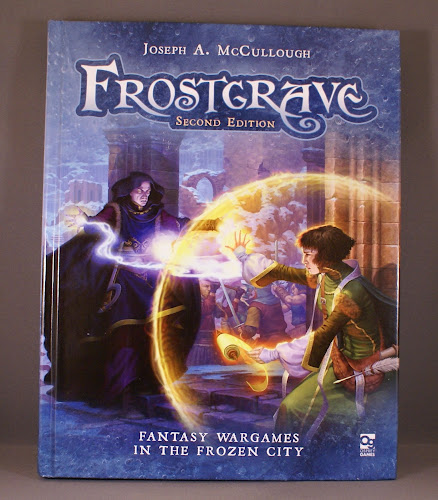 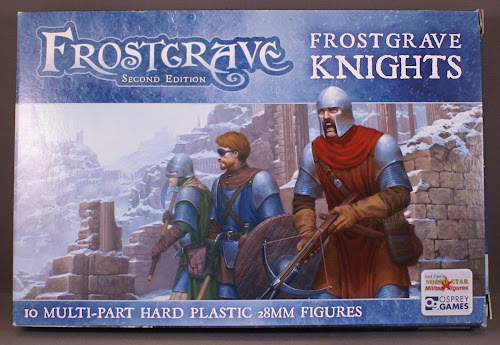 Now we just need this pandemic to depart to we can get back into another Frostgrave Campaign!
On another note, I am also currently putting together the figures from the core box of Blackstone Fortress. Just getting all these winter projects ready, as the flocks of geese are begining to pass overghead & the temps are giving a preview of what`s to come.

As I had alluded to in an earlier post, I was busy working on a couple of repetative projects to get them finished & put away.

Well as of yesterday they are now both completed. Both were terrain tile projects for Kickstarters I had opted in for with Lunesdargent Workshop. I bought these for use in Pulp Games.

The first is the Aztec Ruins.

The other being the Egyptian Ruins

Of course now that they are finished, it will be time to start working on painting some more Pulp miniatures to use with them! Luckily we have Bruce who has a bunch painted for Congo, etc. Just a matter of having us being able to meet once again.

So what's next on the board? Well the mornings are certainly cooler & with this coming weekend being the last official long weekend of summer, its time to start getting stuff primed for winter projects. Also next month is Zomtober! So I will be getting a few figures from my Zombicide games prepped for that yearly event. I have some vacation time coming up & plan to spend a good chunk of it getting more of the 3d printing sides of things done. I've got a bevy of Patreon miniature stl's I want to start printing, as well as some more of the sci-fi tiles I've started on. Certainly no lack of projects on the table here!

Posted by Terry Silverthorn at 8:16 AM 6 comments: