This year it was a Western Themed event & numerous games ran with that theme in mind. However I did not actually get into any of those...playing more along my traditional types of boardgames, as well as a few new ones I'd not seen before. 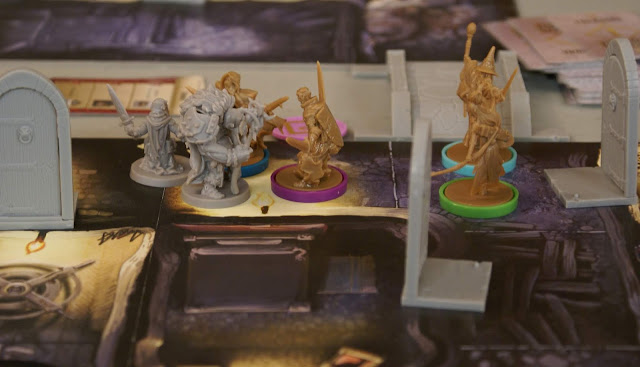 I then got into a game called Star Wars - Outer Rim. 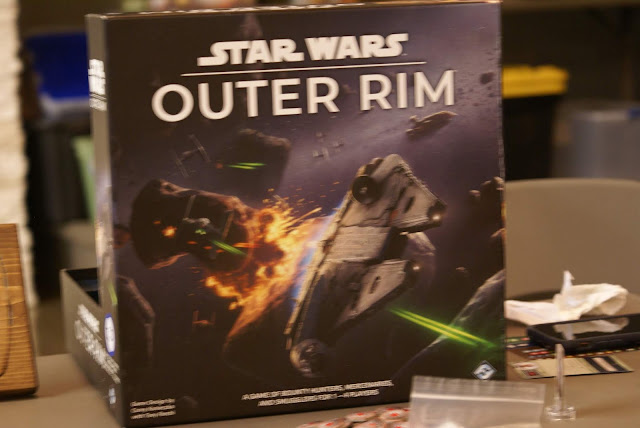 We were each dealt 2 characters to choose from...go figure I got Han Solo! 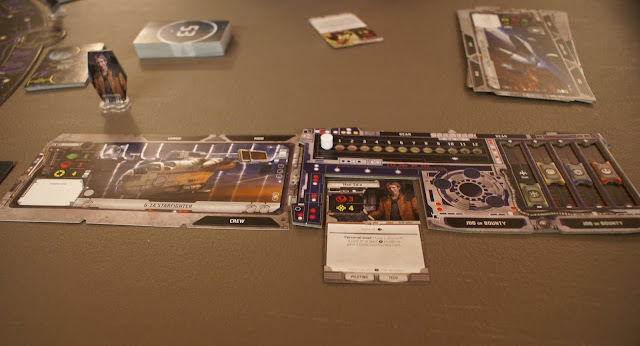 Those familiar with Firefly will see a lot of similarity. The board itself is quite different, forming a half circle. You then sail about the Outer Rim, doing jobs, tracking bounties & performing tasks. The whole purpose of course is to get fame. I quite enjoyed it, although I didn't fare very well. 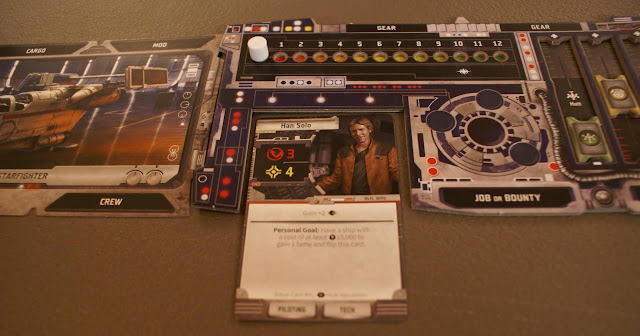 Saturday I started off with Mansions of Madness with several other folks. I believe we played Escape from Innsmouth. 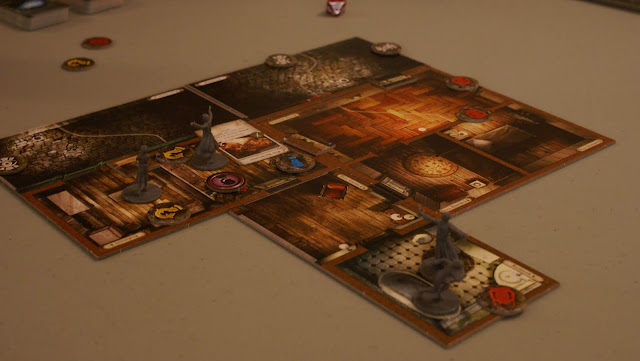 We started off well enough. I was playing Wendy Adams, the Urchin. I even had brass knuckles to start. 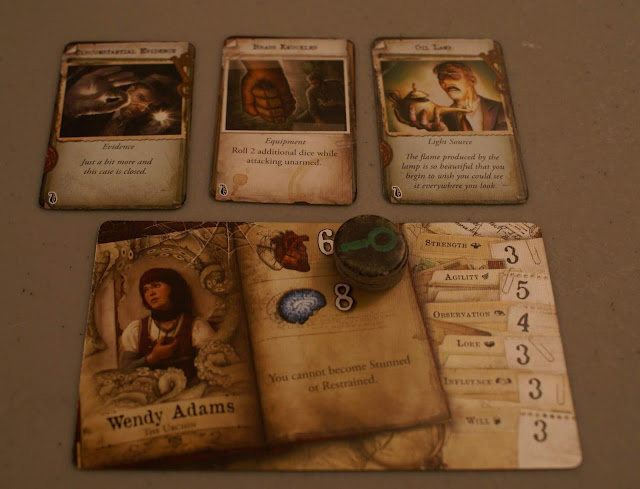 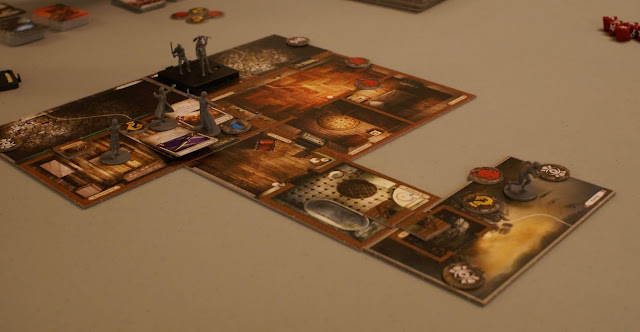 It got to where our priest was pretty much locked down engaging wave after wave of deep ones. He was also our spell caster & was doing quite well with them. 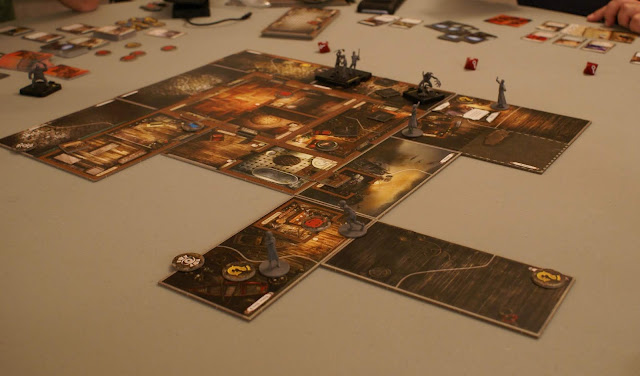 Of course the delays prevented him from determining just what that search marker was. 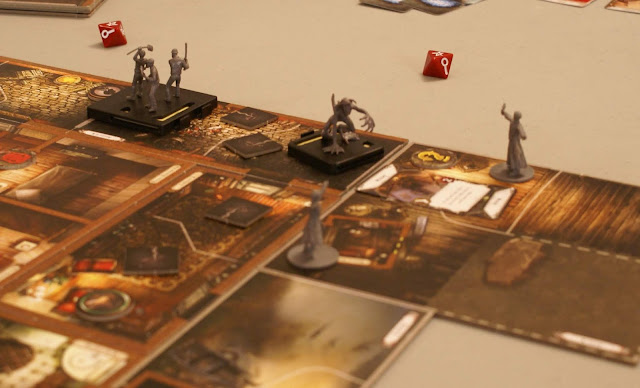 Unfortunately we were defeated when the Innsmouth mob got to the docks, destroying the boats & preventing our escape. It was a fun game! 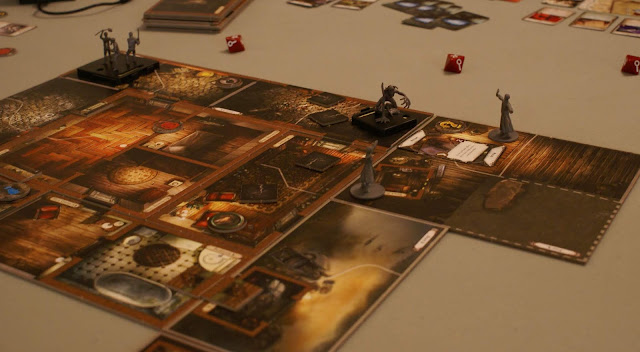 I also played games of Escape Plan, & Dogs of War a game I really like!

On Sunday I got into a game called Cerebria, one I had never heard of. It was basically a game of emotions vying for supremecy. 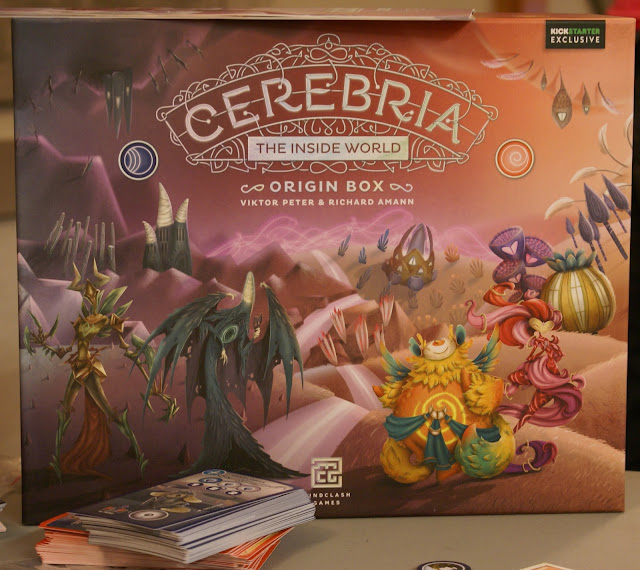 It's a team event & I played Anxiety alongside Misery. I guess he does love company. 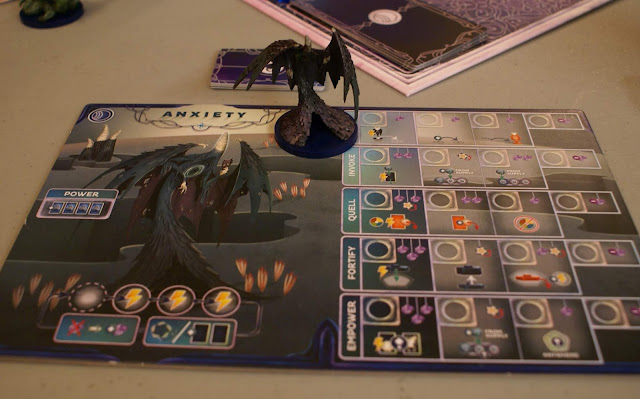 Our instructions for the game were muddled & we eventually gave up. Apparently there are 60 pages of rules & they are not well laid out. I would give this another try with someone who knows the rules to run it.

Sadly I never got photos of the game that was likely the hilight of the weekend for me, though the game was dark, it was quite thematic & was called

This game was so good, I ordered it as soon as I got home. Definately not one for the kids!

So another great weekend of gaming. I didn't win any of the Raffles (they had a copy of Gloomhaven!) but everyone seemed to enjoy the weekend & I got to meet some new gamers!