We had our first club night, almost 2 weeks ago now. Bruce brought out a Napoleonic battle using the Lasalle rules.

The battle was a French bridgehead attempting to dislodge the Austrian forces. Richard & I played the Austrians, while Bruce & Scott were the French. 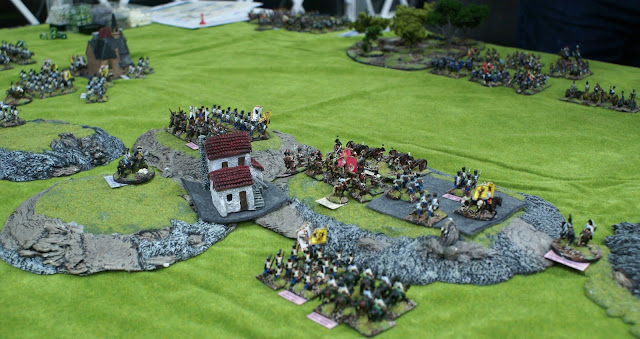 As the French Guns advanced, I opened up with my battery, totally missing them. Well this is off to a crap start. Bruce then returned the favour & wiped the only artilery the Austrians had off the field. 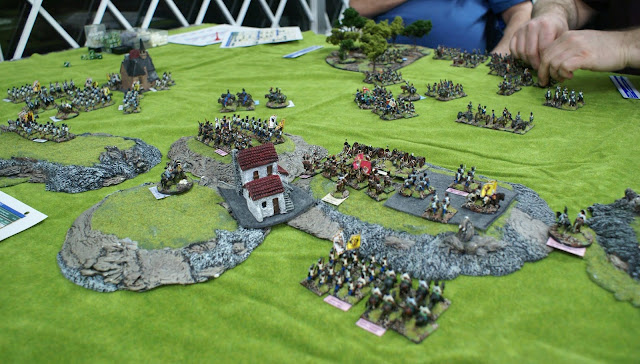 The French pushed the centre with their infantry attempting to dislodge the defenders in the town. The Austrians gave a good effort on the left flank. 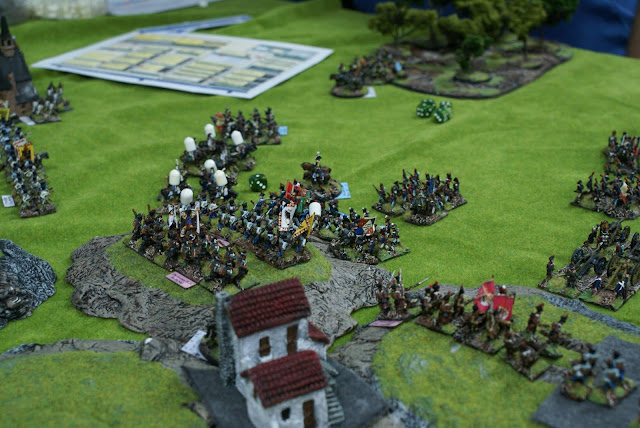 Alas, the centre crumbled, however the battered French units were having their flanks crushed. I believe we called it a draw.

Then it was off to Craigs house to have a go at Batman! This was the Monolith game Kickstarter. 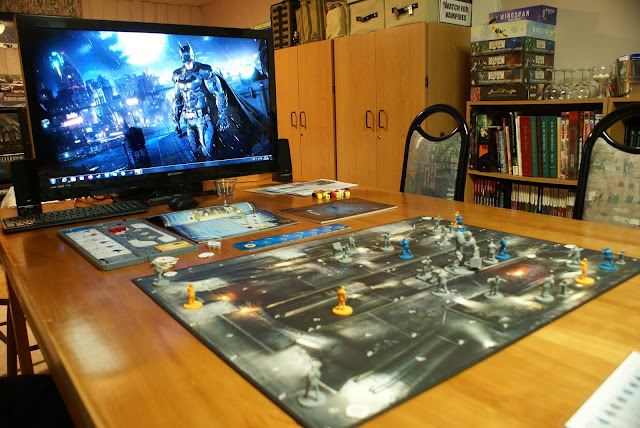 Craig had pre-determined the characters for each of us. I got Harvey Bullock with a group of GPD baton wielding officers. 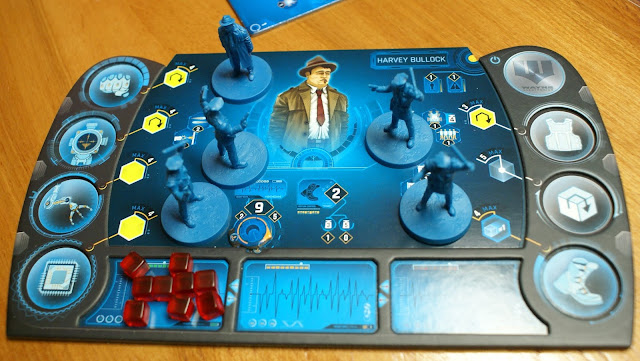 We had 4 objectives to capture. We had already begun with protecting Witnesses (Orange figures). We also had to interrogate crooked SWAT cops, hack a computer console & retrieve a briefcase from one of the Main Criminals. 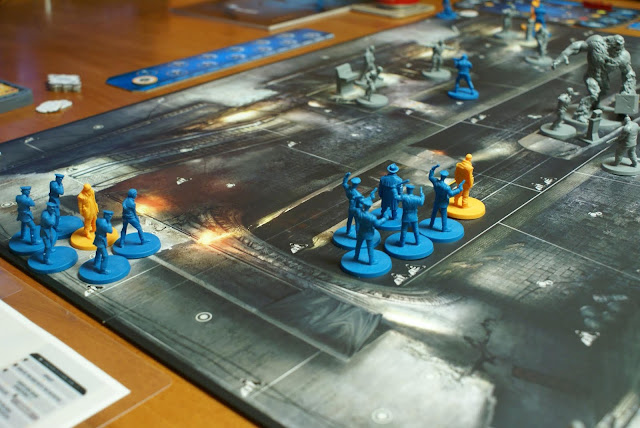 Harvey with squad in tow follows the Witness to the crime hideout. 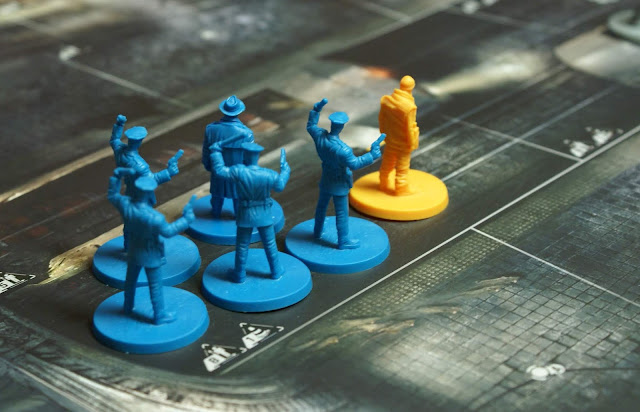 As the Crooked Cops opened fire on the good guys, Harvey spelled off one of his officers with the Witness into a subway car. We opted to take out 3 of the 4 crooked cops (they were using Automatic Weapons on us), Harvey went after the remaining fella...he had a few questions to ask him. 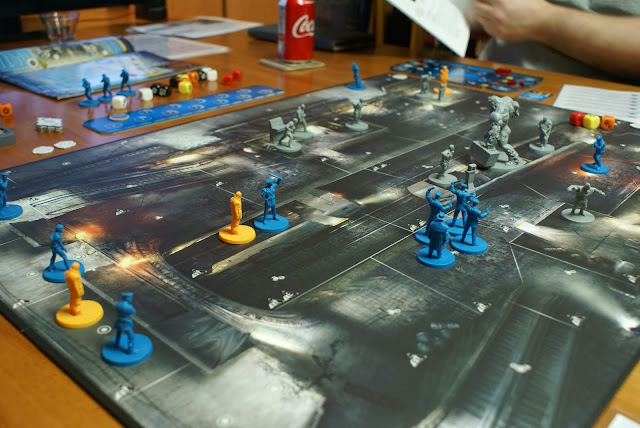 It was then, that Clayface came out of another Subway car & made for Bullock. 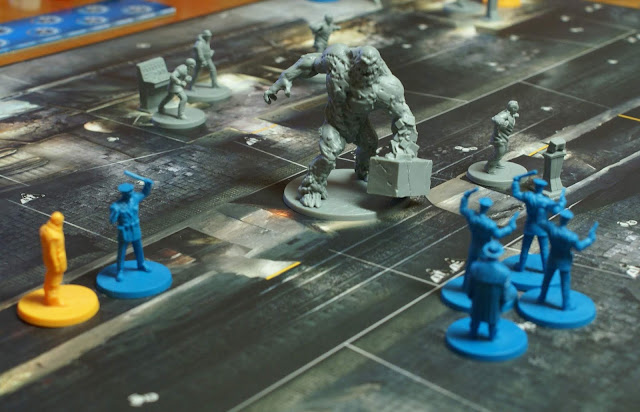 Ignoring Clayface, Harvey continued after the crooked cop! Alas for Clayface, he found himself in a crossfire from the other forces of good & was taken down quickly.

By game end, we had gotten 3 of the 4 objectives completed. Mainly due to some lucky dice rolls.

The game is similar to Conan by using the track for the opponents. Dice pools determine the amount of actions a character can perform. With the stance of the character determining how much of his tokens he gets to return to his pool each turn. Resting obviously provides the greater return at the loss of doing much.

The guys are over tomorrow for our next Frostgrave game. Thanks for stopping by!
Posted by Terry Silverthorn at 8:50 PM