A Song of Ice & Fire

Tonight George brought out the Song of Ice & Fire Miniatures Game. This is one of the kick starters I also bought into.

Chen & Craig played the Lannister's while Bob & I were the Starks. Each of the units have special abilities, as well various leaders & commanders can add further bonus's to units they are with.

There are objectives scattered around the board, which if a unit touches them provides some sort of bonus. I must say I am not a fan of all the cards on the table though. Perhaps a numbered sideboard, with the cards on a matching field to that of a numbered objective token. 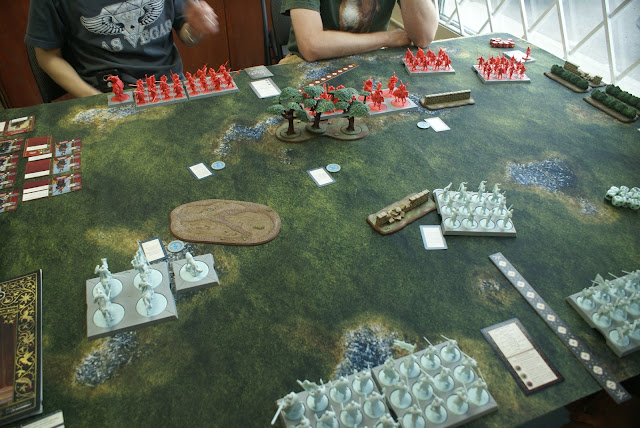 My Stark Outriders advance with Greywind. There are several actions a unit may perform. The unit bases are well displayed with arc markers & the front facing arrow. 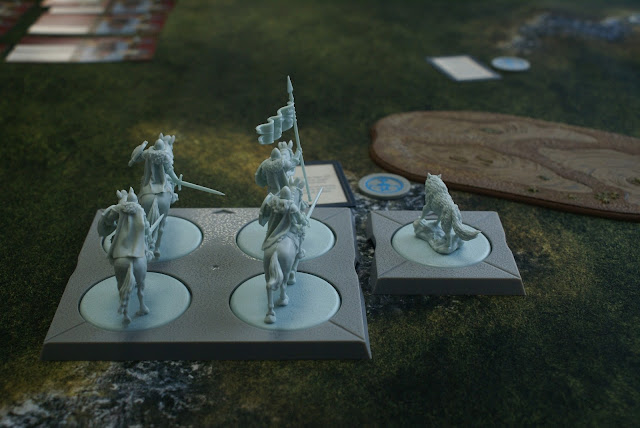 The Mountain charges & kills Greywind. This guy is insane, as all his hits cannot be defended against. 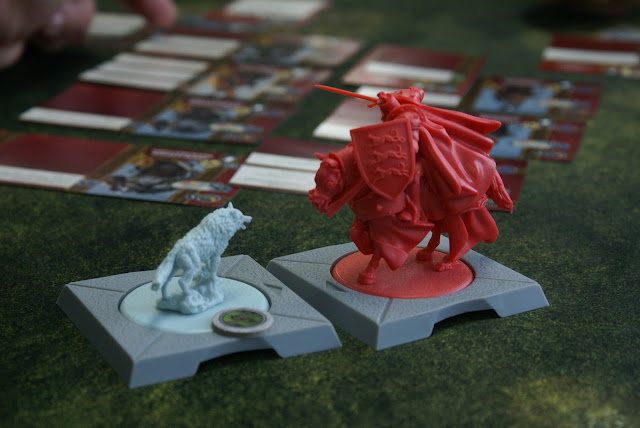 The Casterly Knights charge the Stark bowmen. Charging often provides either additional dice or rerolls of attack dice misses. The archers managed to hold on...though barely. As well losses from units start at the rear rank & units will suffer reductions to their combat power as losses ensue based on ranks. 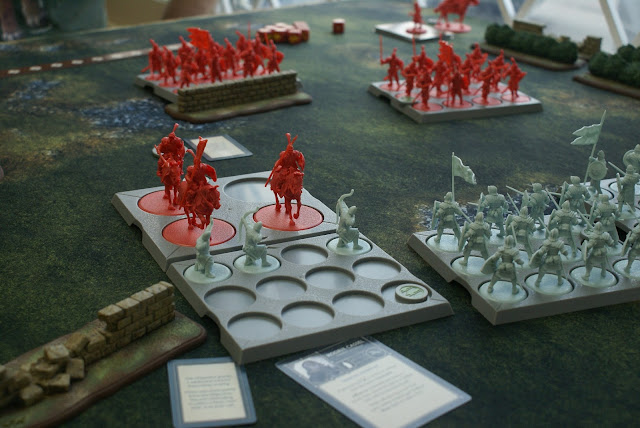 One of Bob's best rolls, the emblem (6) due to the unit causing them counted as 2 hits each. So in this case 10 wounds were caused. Of course it was ruined when the Lannisters  managed to save 8. 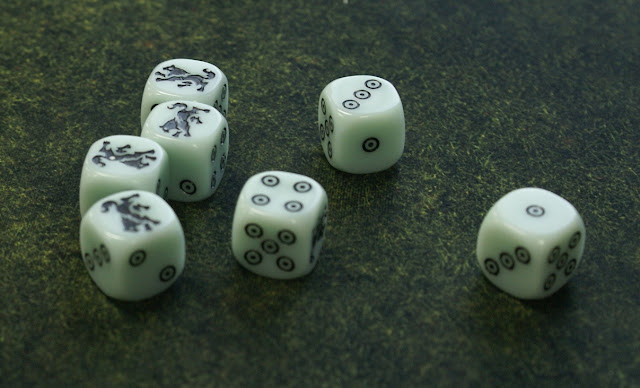 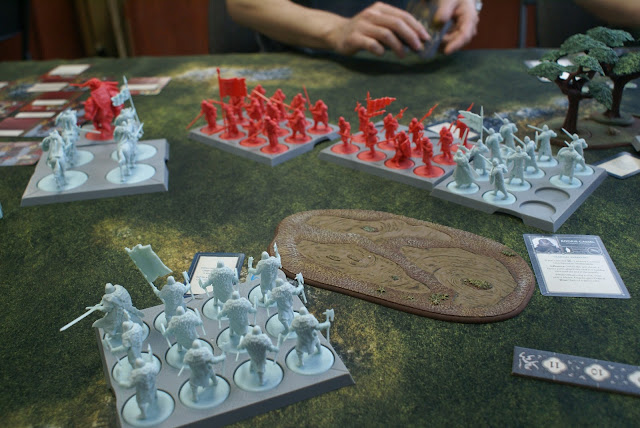 The Lannisters remnants then turned & attacked. 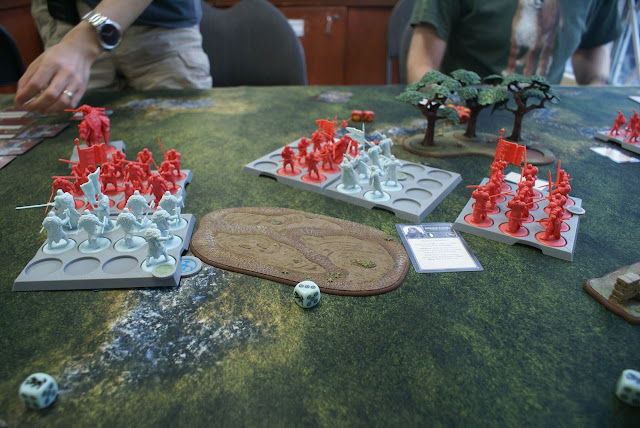 The game goes until one side earns 12 VP, however due to the store needing to close & us having to clean up, we were unable to finish. The Lannisters had 7VP to the Stark's 4.

One last look at the Mountain! 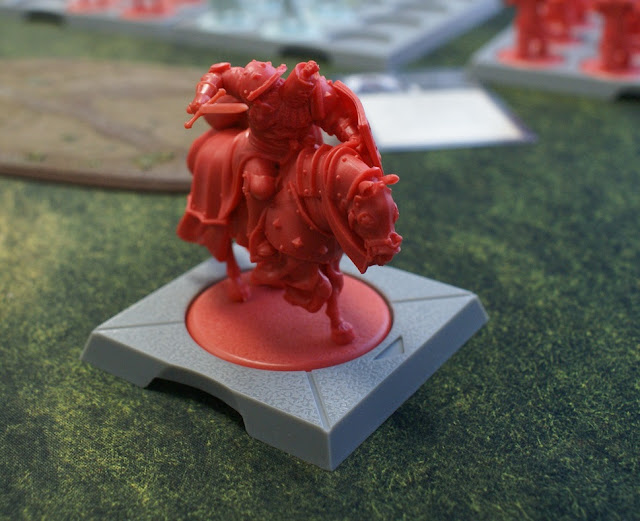 The figures were very nice, their movement trays well thought out (notice the finger dents to aid in picking them up.

Thanks George for bringing this out. There was a lot to digest in regards to abilities & such, but I do look forward to more games of this system.

I arrived home to discover a parcel awaiting me....my Terrain Crate has arrived! However due to the lateness, I wasn't about to open everything & truth be told, all the stuff I got can be seen on the Kickstarter page.
Posted by Terry Silverthorn at 9:08 PM