So with the morning ritual completed, ie ripping wrapping paper of the gifts under the tree, it's time to... 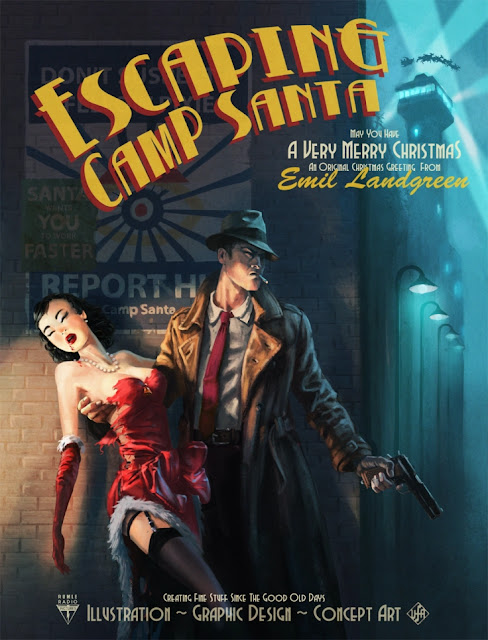 So this year Santa was good to me, providing more miniatures to my Lonely Mountain Lead & plastic Pile. Mostly from the Privateer Press line of figures which will be getting used in other systems my mind is always thinking of....Steampunk Pulp. 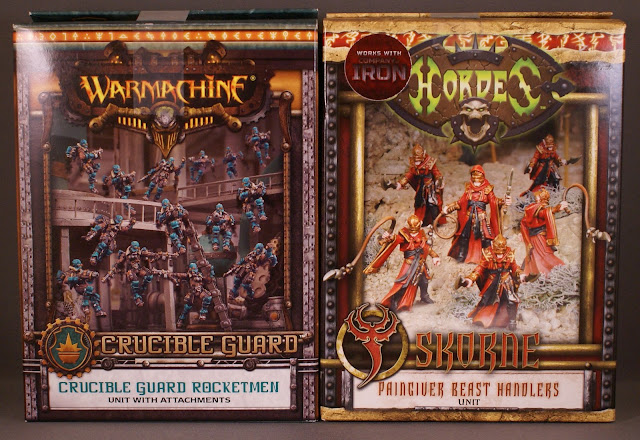 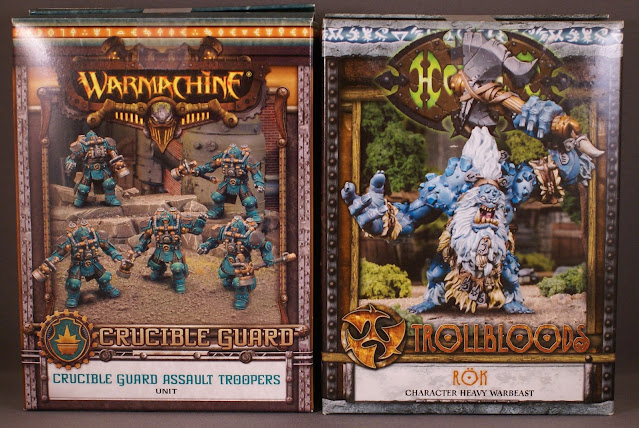 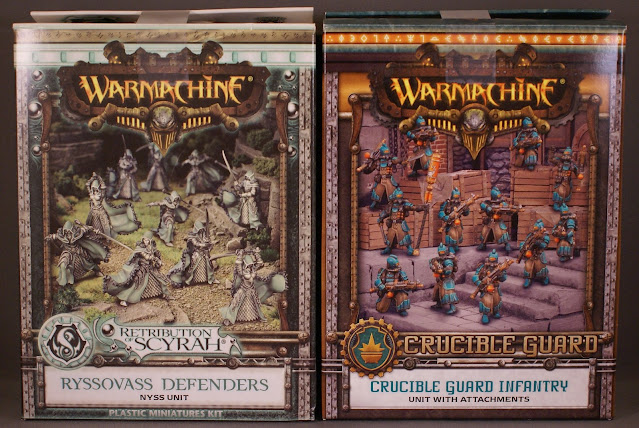 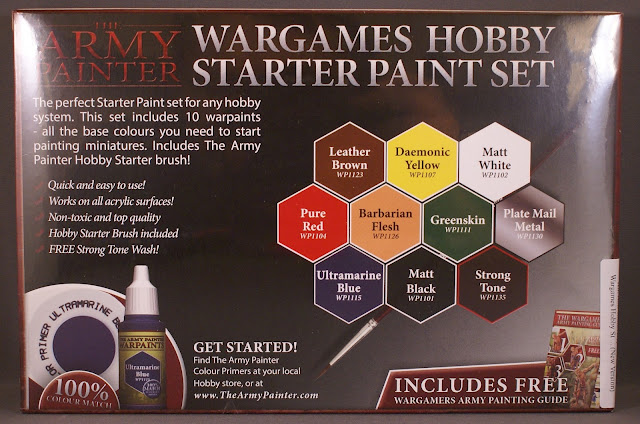 On top of the boxes seen above there were also several blister packs of hero types. As well several sets of slipper socks & rubber soled socks for use while I am hanging out in the basement working on projects or gaming with friends.

So now as the turkey is about to be set in the oven, the table is set.....Oh not with plates & bowls! 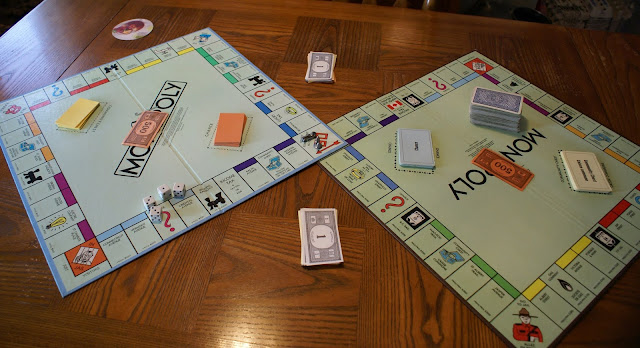 It's time for Double Monopoly! Even though its just the 2 of us this year (There will be none of Christie's one sided trade deals!). We play this as Christie isn't an insanely addicted gamer like me. I modified the game to use both the original boards & the Canadian Edition many years ago. Rules were modified to allow for all the railroads & utilities. As well a new deck of cards was introduced, which can continue to be added too as needed or desired.

Once again, everyone have a Merry Christmas! I raise a glass of Rum & Nog to all of you!

Posted by Terry Silverthorn at 11:13 AM