As I see from many other blogs I follow, this tends to be the time of year when everyone sums up their gaming of the year & plans for the new.

Well I am not one to step on tradition, though my past years accomplishments can be seen throughout the posts of 2014 so there isn't much to dwell on.

So for the Year in Review. I think 2014 was when I got caught up in the Kickstart Funding models more than I should have, as I am now still awaiting 13 of the 20 projects I've backed to be delivered. I understand how timelines are changed by things out of our control, but when I think of how much longer that stuff will take to come, well...I am not getting younger or living in stasis.

Thus I think Kickstarter may be one of the things I shy away from until such time as the existing projects are completed. That's not to say those such as Zombicide which has successfully completed 2 previous rounds, will not continue to receive my pledges. They have certainly sorted out the pitfalls that others are still mired in. I even managed to NOT get into the RUM & BONES even though I am a big fan of Pirate themed miniatures. I may just wait out the retail launch & go from there.

Now that isn't to say I am against Kickstarter as I see the good it provides those wanted to develop an idea & not having the funds to start it. It allows the developers to gauge interest in the idea & in some cases allows them to edit the original plan via a re-boot if the original plan fails.

So of course that leads us to What does 2015 hold in store?

Well to start I went to pick up my copy of Eldritch Horror - Mountains of Madness Expansion when I saw these 2 core games sitting there... 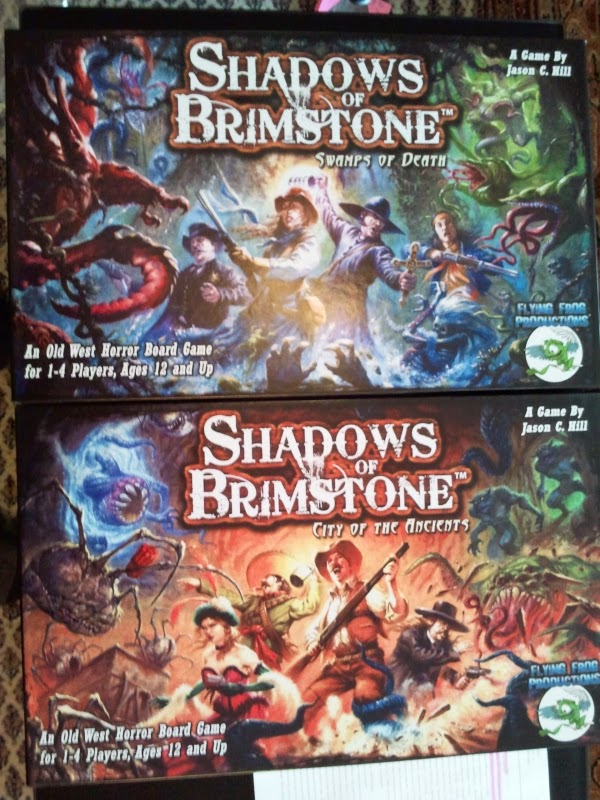 As I went to pick up the first one, I was immediately taken by the sheer weight of the box. As I would hope they were stuffing them with sand, I quickly turned to the back to see what was inside. I hummed & hawwed for several minutes & was going to just buy the 1. But hell! I hate going into a game system half-cocked, so snagged the second as well. Now to hope that more hero types become available, or of course I could likely create some using the many western figures I have. I just hope that this is a game I can coax my wife into giving a try. Anything more than Monopoly tends to lose her interest.

So onto 2015. I received a kind invite from Tim to attend his February Weekend Gaming in Saskatoon, so first up is getting my faction for Song of Shadows & Dust painted up. We were given 300 points to build a gang, so here I have my initial band. 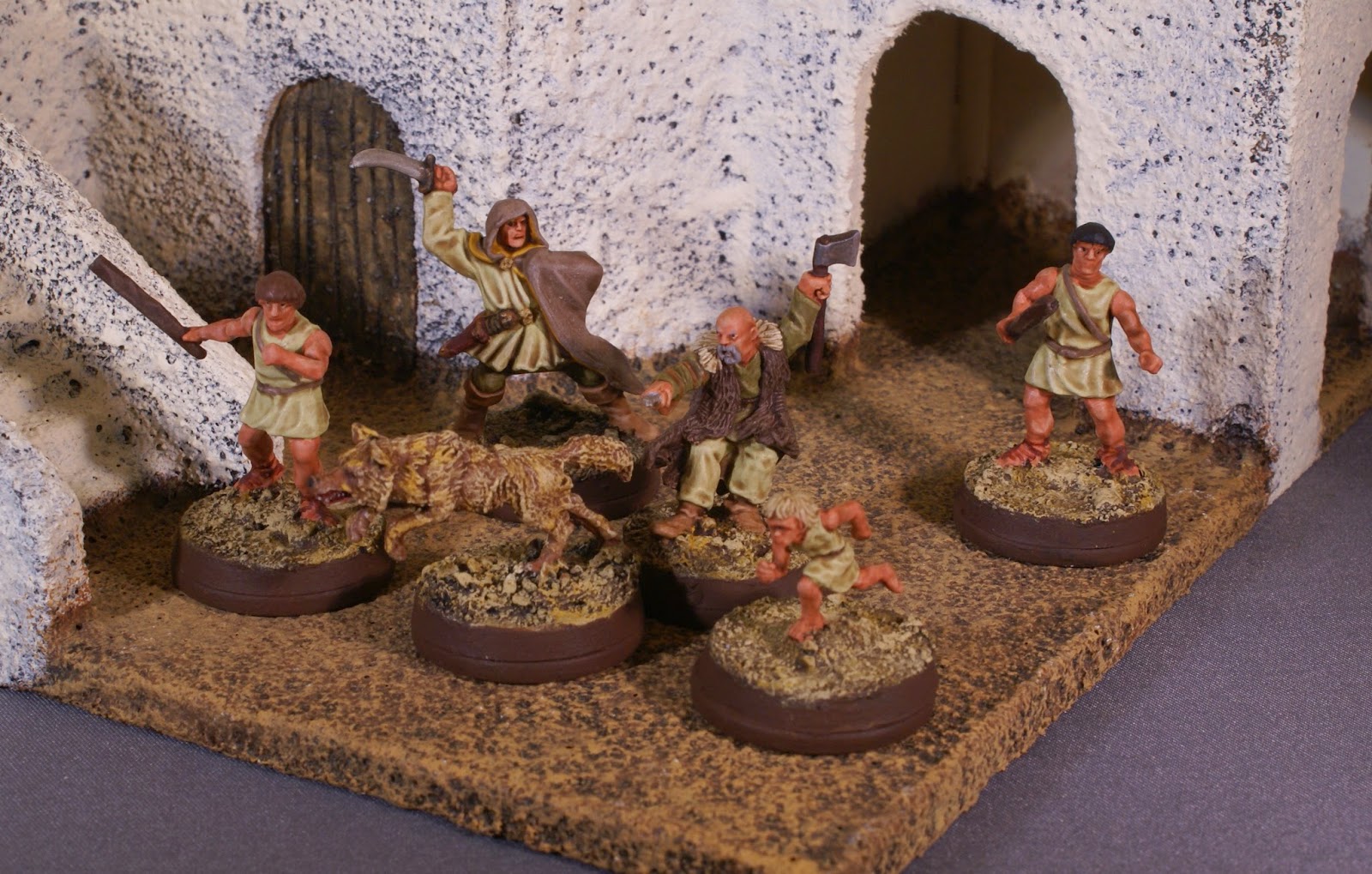 I opted for the King of the Streets as my leader. At this point I should thank my friend Dave for assisting me with most of the miniatures that will be making up my band, as this isn't an era I tend to buy miniatures for. 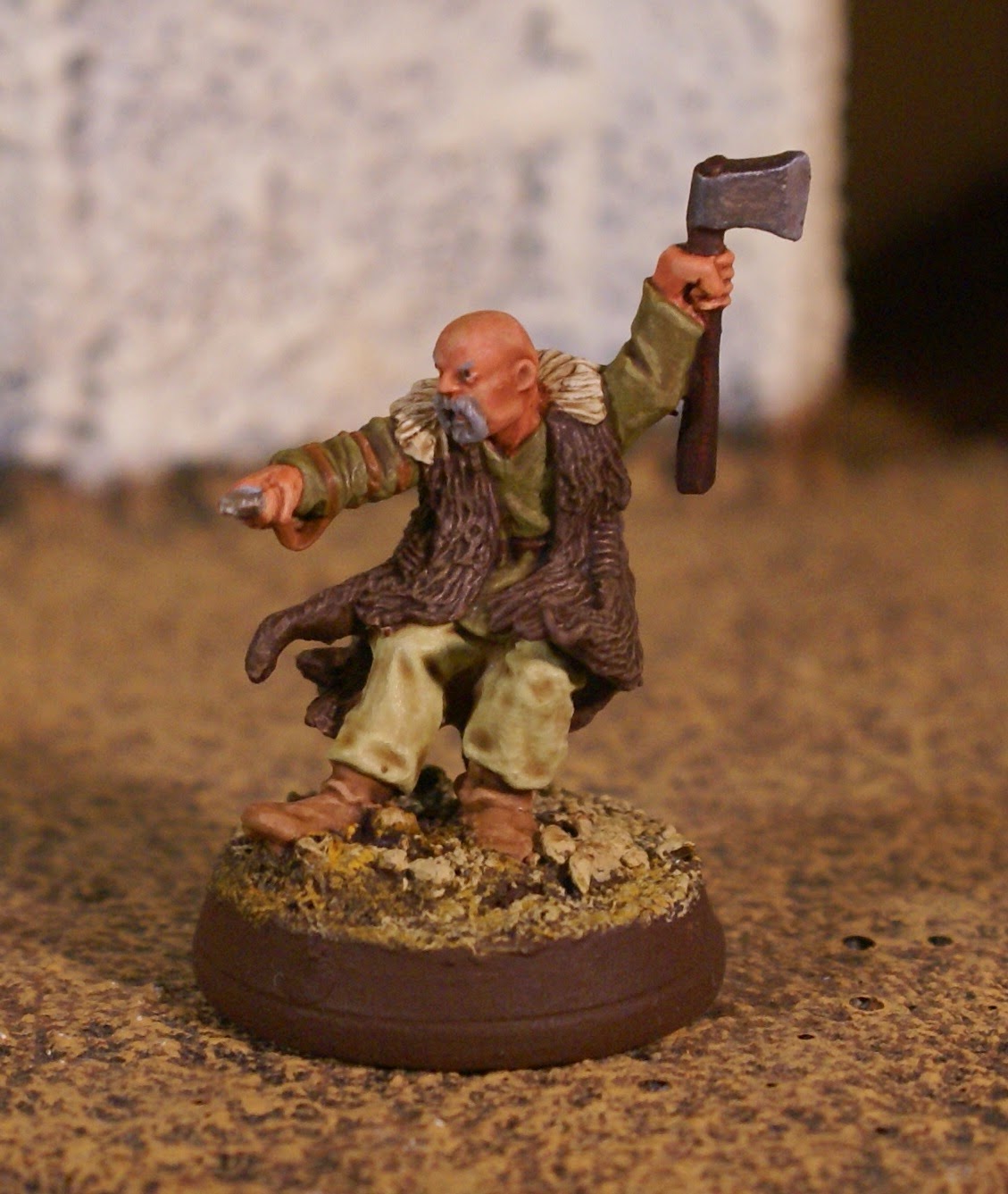 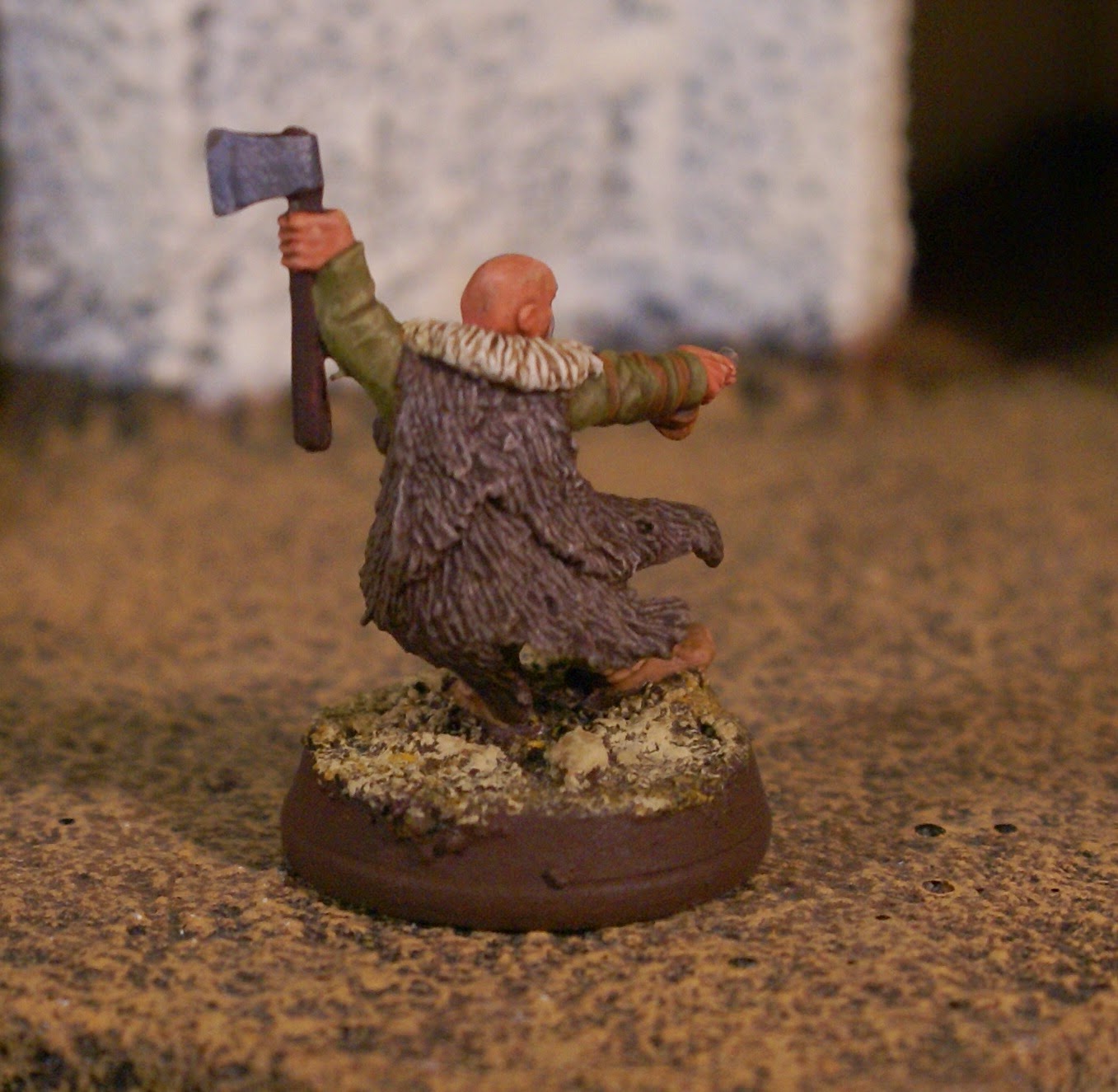 I also opted to take a dog as a member, though it cannot gain experience, it will be a continual pain in the butt for someone & they mangy cur's are easily replaced. 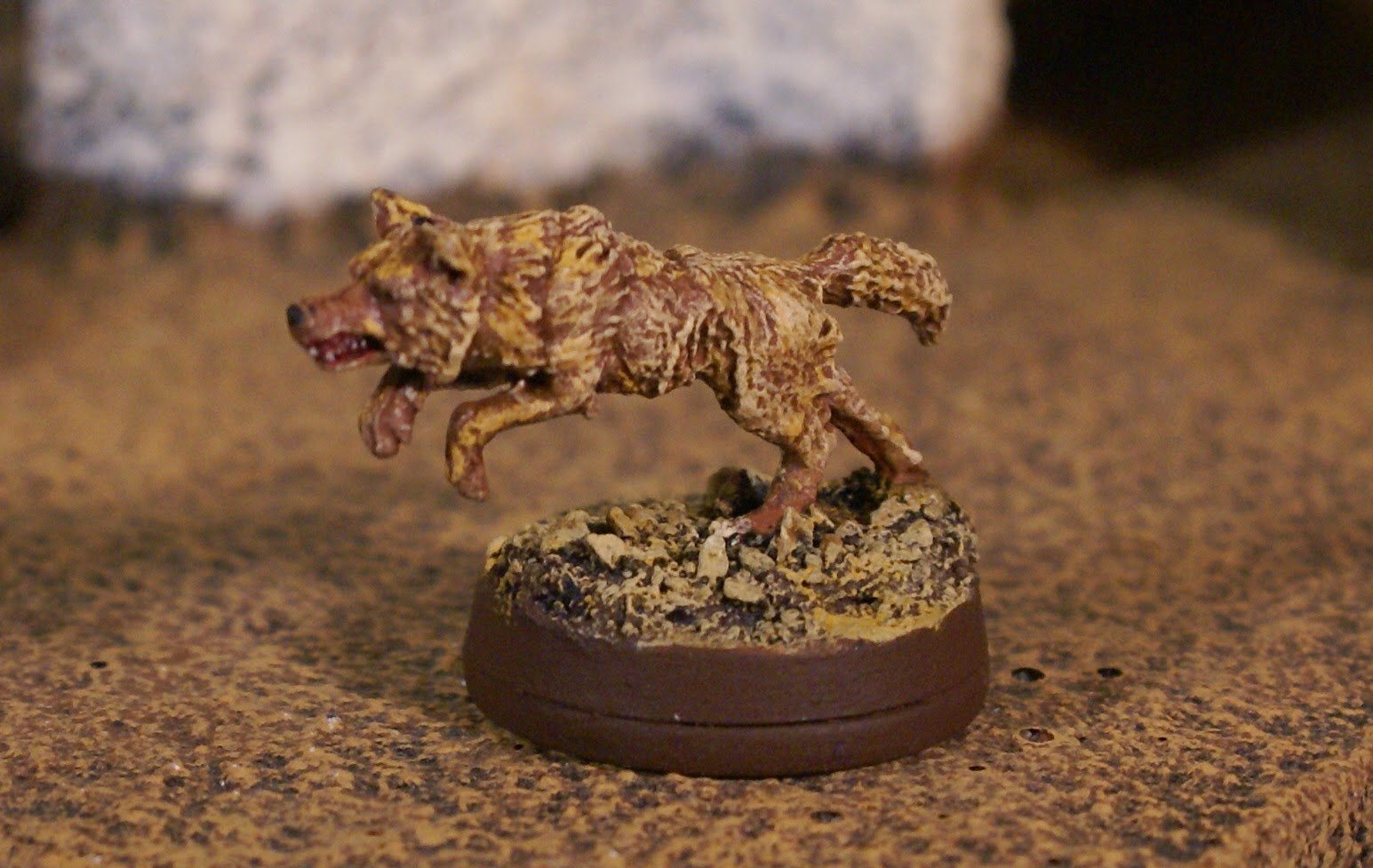 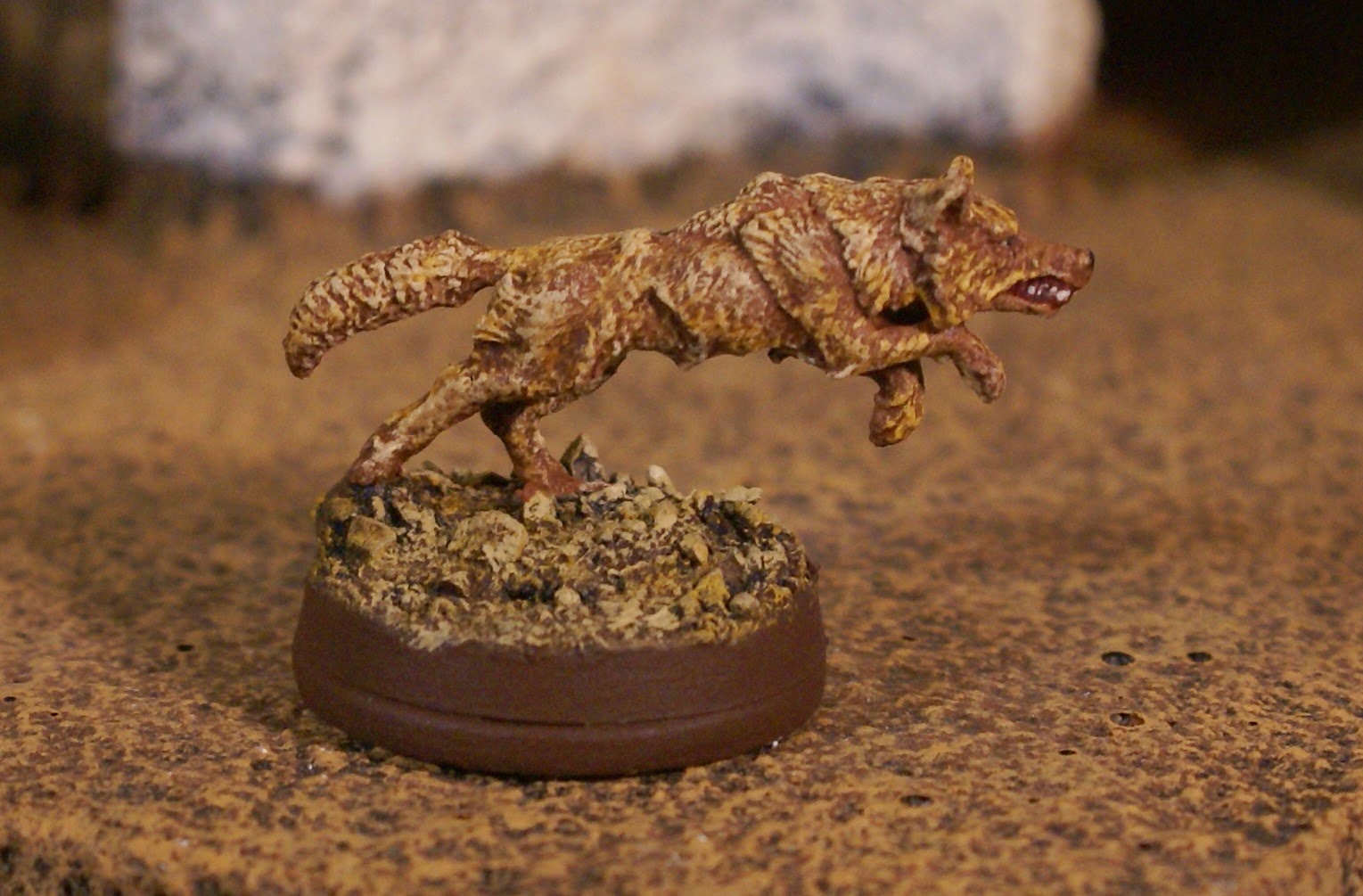 The Master & his best friend together! 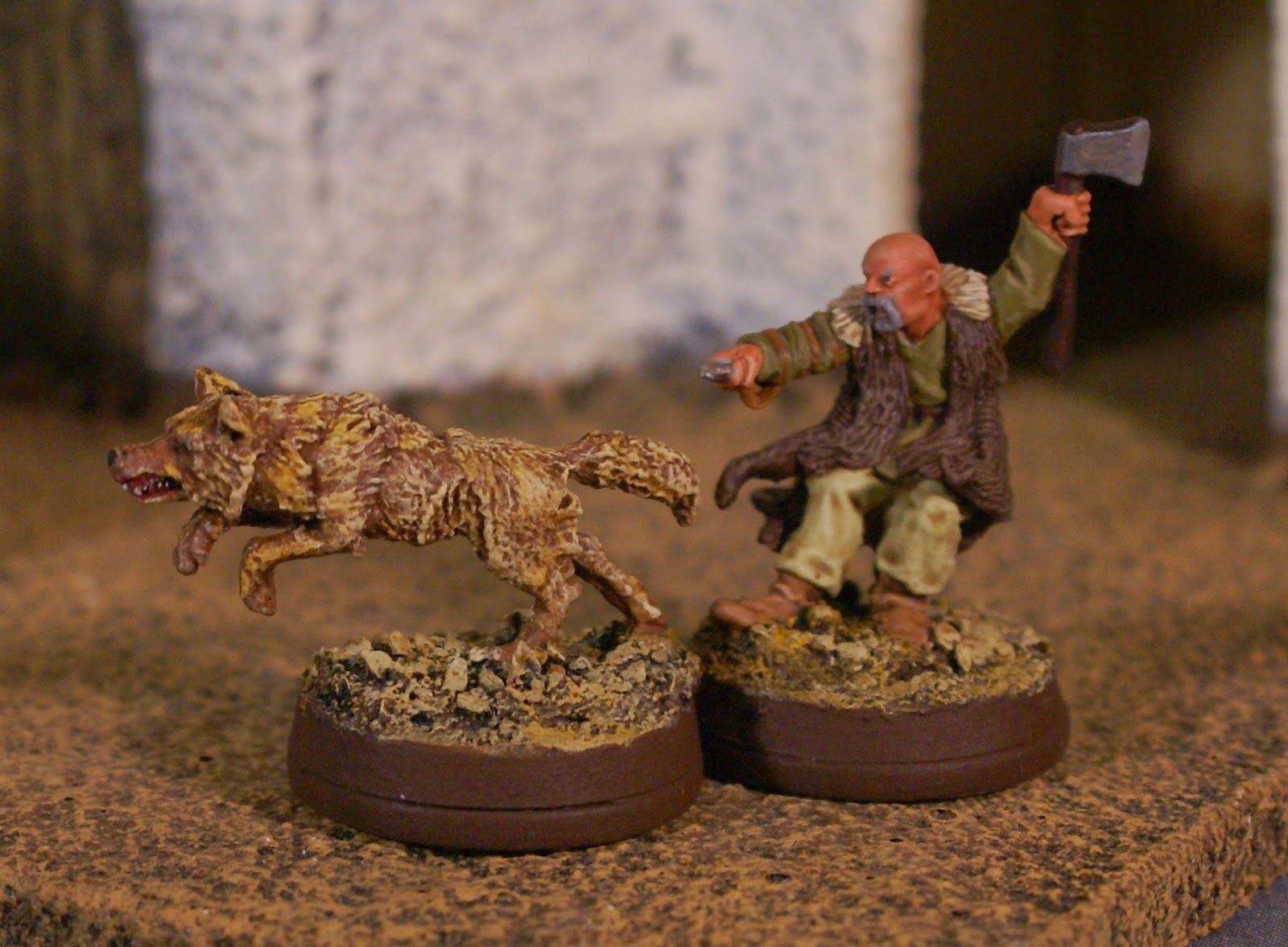 As I dug through my miniatures I found this little lad & figured he would make the perfect Urchin! He may not be strong, but his agility & speed will be useful for any snatch & grab scenarios. (if there even are such scenarios). 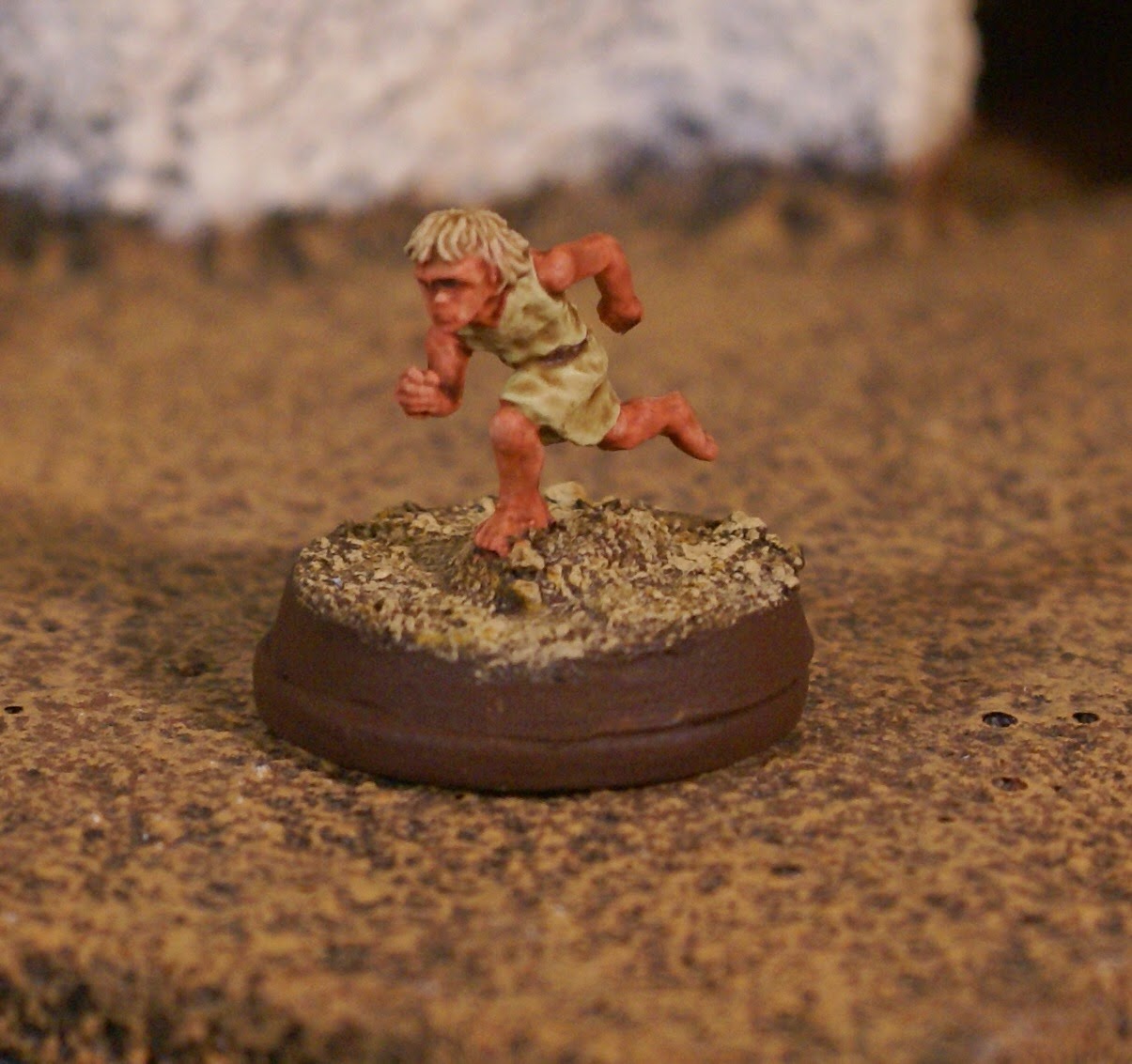 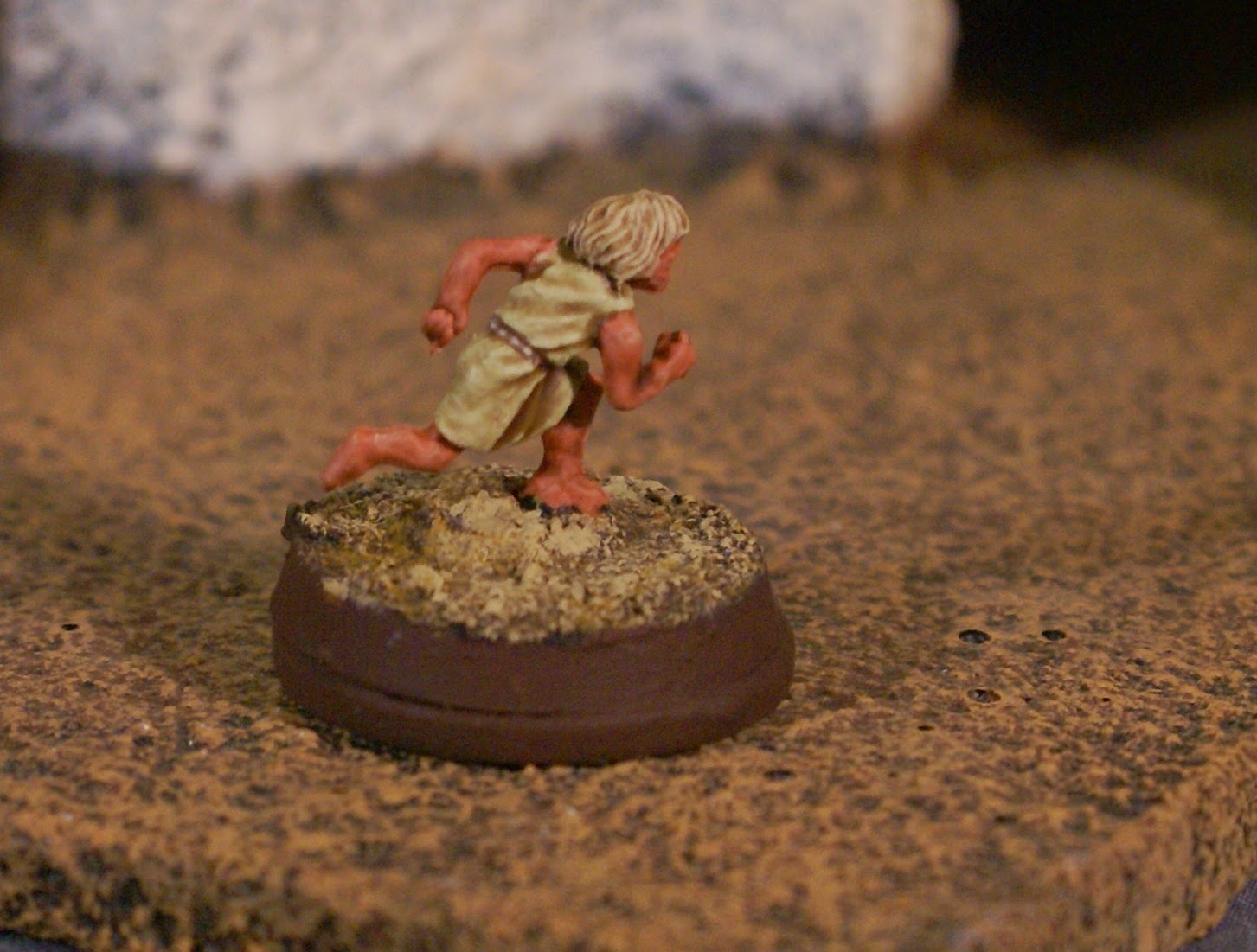 After much deliberation I opted to buy a second expensive starter....the Assassin. I figured if I am going to paint the guy, I am going to use him! 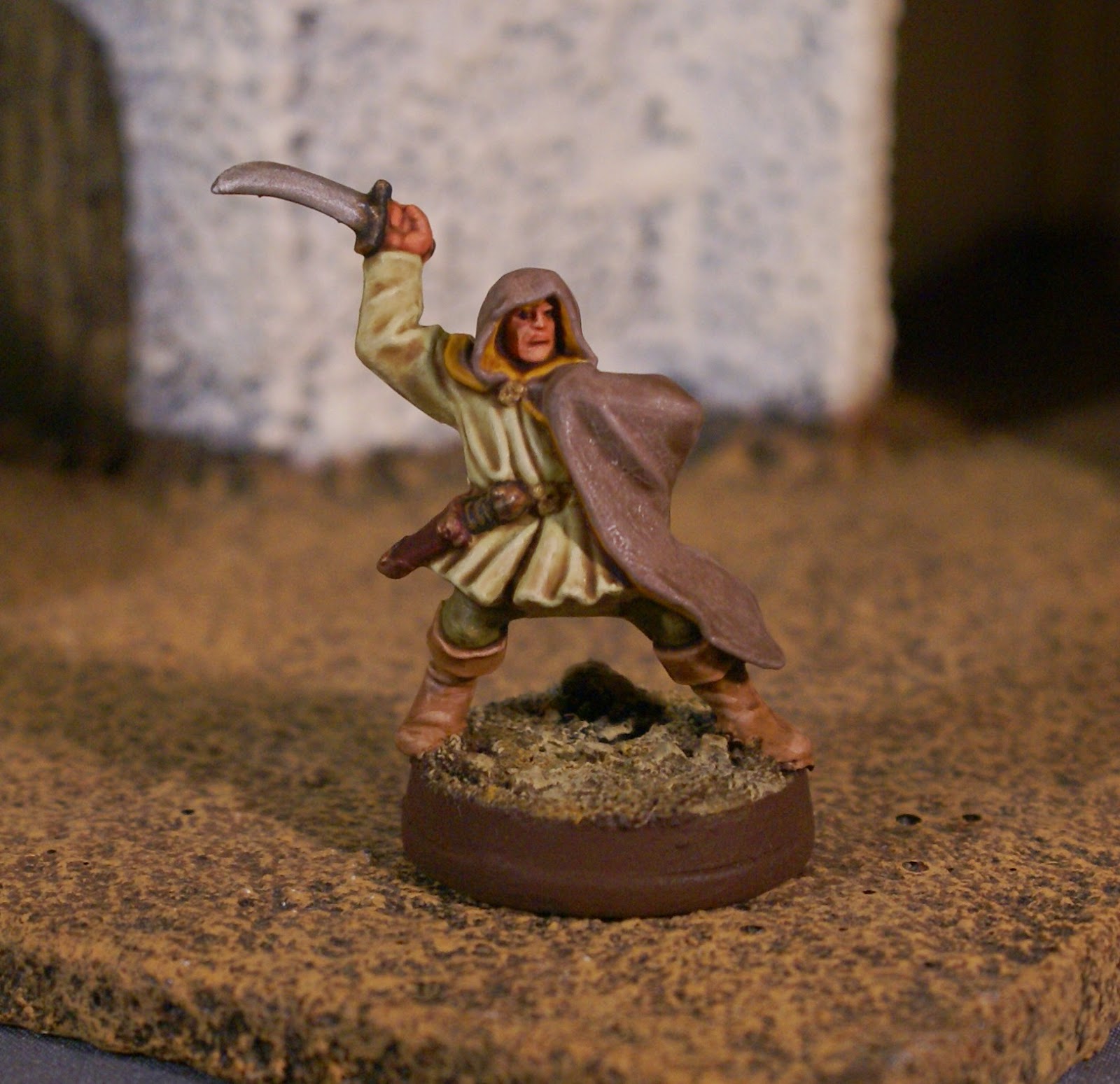 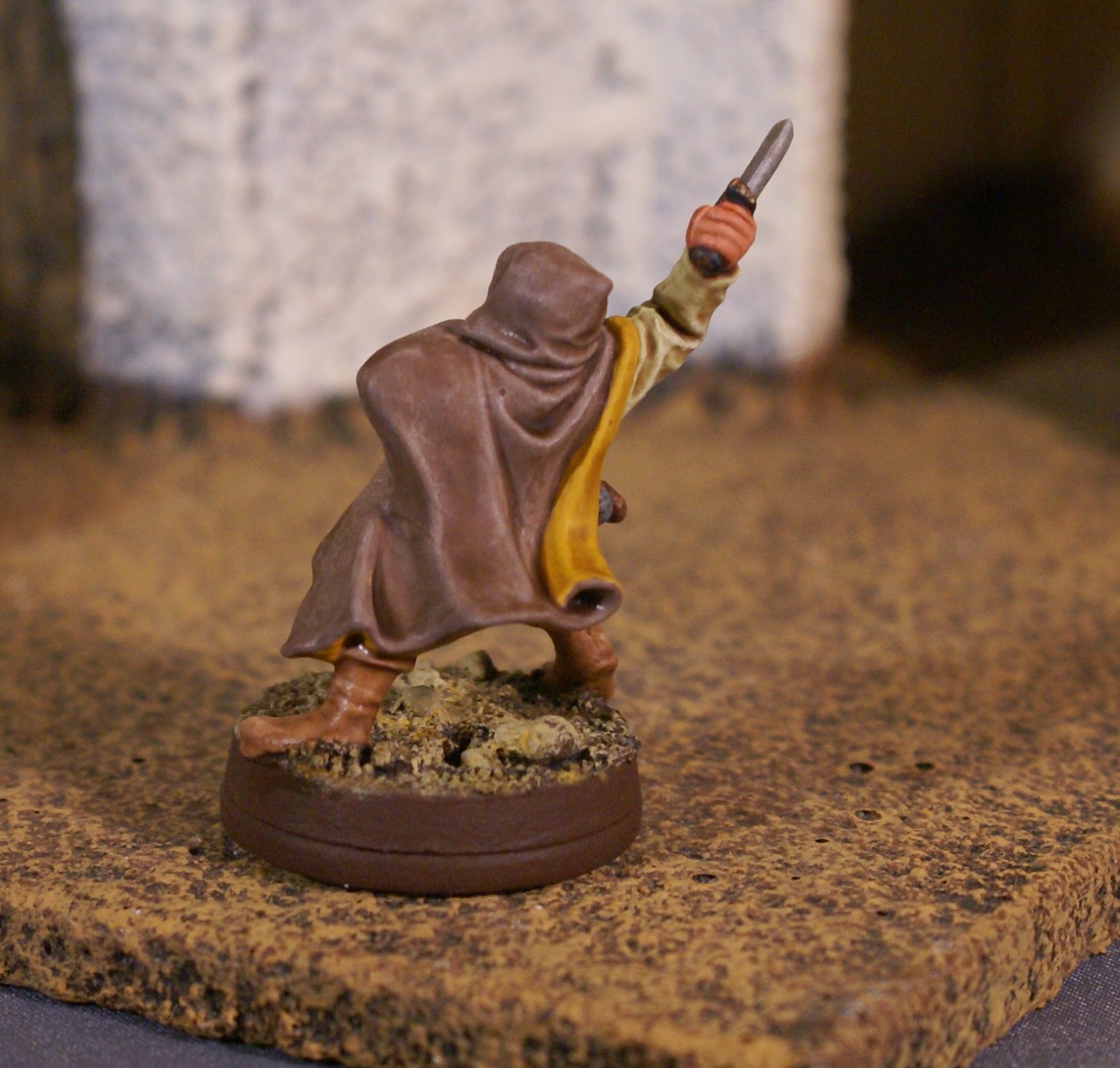 Which brings me to the 2 Henchmen I am starting with. Although armed with cudgels, they will not be starting as such & will hopefully be promoted to Cudgel Carrying Members. 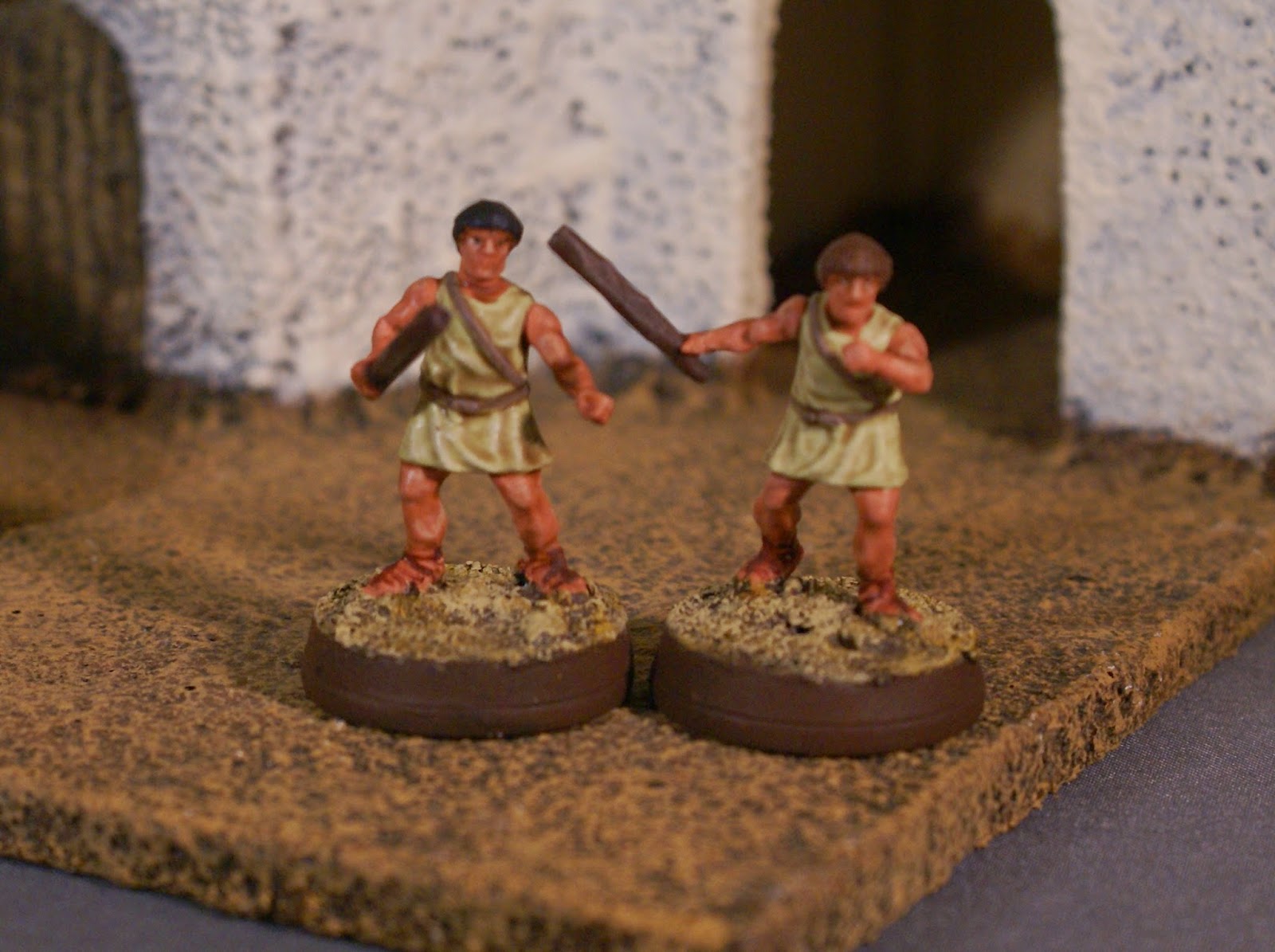 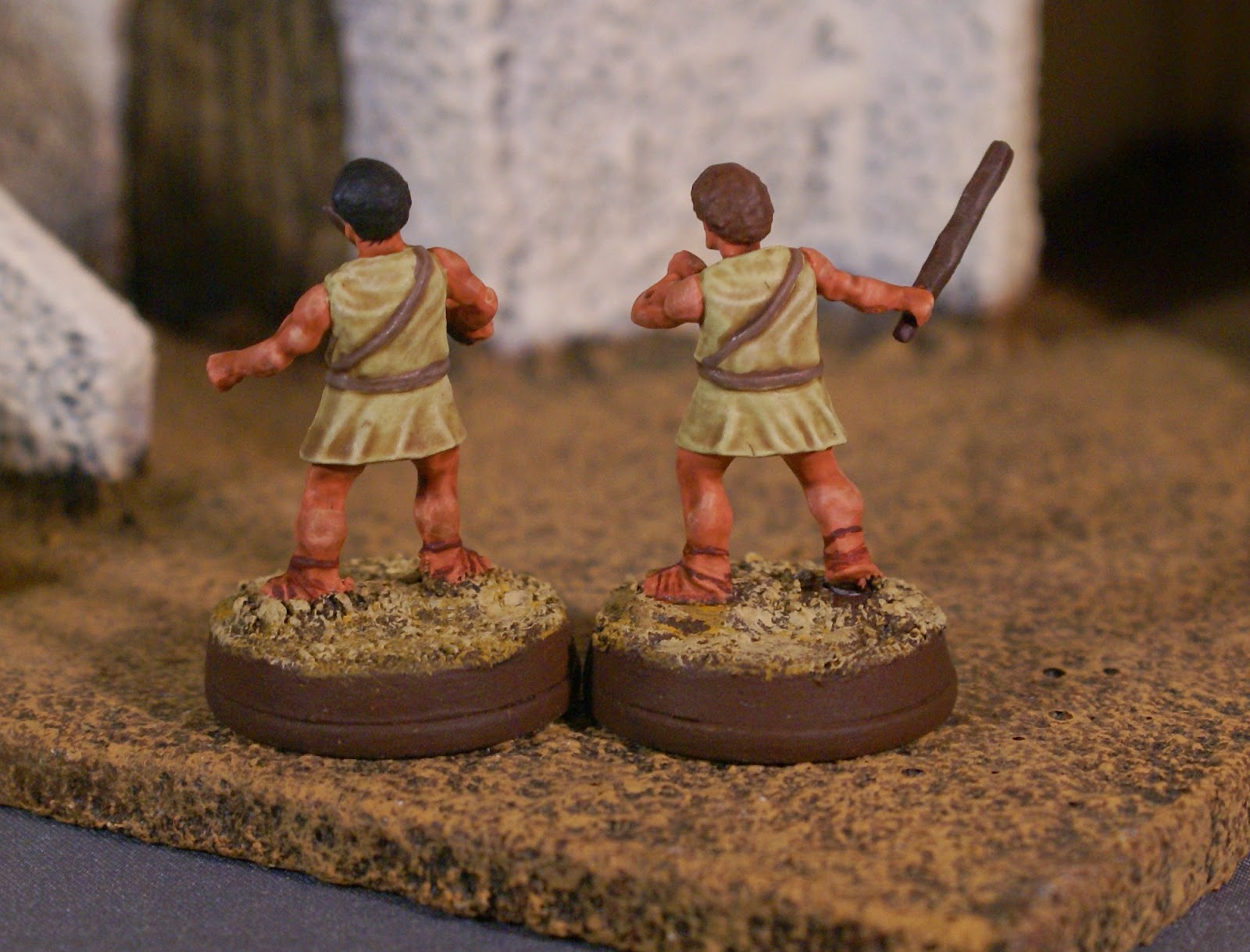 So you will see more of the extra band members gracing the blog in the near future. As well I still have several Descent Consignment figures to complete by March. Work will also continue on the Zombicide miniatures as I have Lots....& I mean lots!

I also hope to get into my 28mm WW2 miniatures & vehicles for use in Chain of Command. My intent is to build up a platoon to start of early war British, German & French (though wish Scott currently blowing through his French) these will be last. I will also be looking at Polish & Soviet as well. My focus will be on Early War units.

Mayday will also be on my Radar! As Scott & I have agreed to run  a game of...

All's Quiet on the Martian Front! 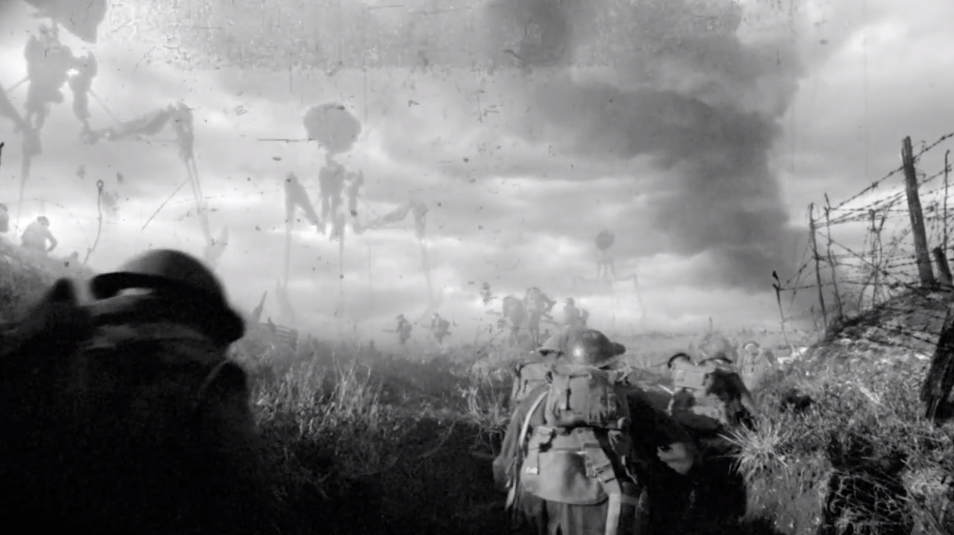 Scott recieved his second shipment of Martian Kickstarter stuff a couple weeks before Christmas....alas I haven't even had a sniff of a shipping notice yet. So Scott will be working on the Landship & we will be banging our heads together for a scenario for 4 players.

Once Mayday is done, it will be time for Cangames in Ottawa. I would expect to start seeing the schedule starting to be posted by end of February. As always I will be looking forward to the insanity that is Rubberboots!

That leaves the summer free to paint & attend the regular club nights until the arrival of Fallcon in late September.

Of course should I ever win a lottery I would make a point of attending the other notable conventions, such as Historicon, Gencon & Origins as well, just got to be sure I keep buying my tickets!

So that ends my 2014 ruminations. Both my wife & I are down with illness at the moment so any sort of plans we had for New years are dashed.


"The Trenches are empty, the artillery dice still
the bloggers have joined with others for good-will
to close out the year with libations & beer 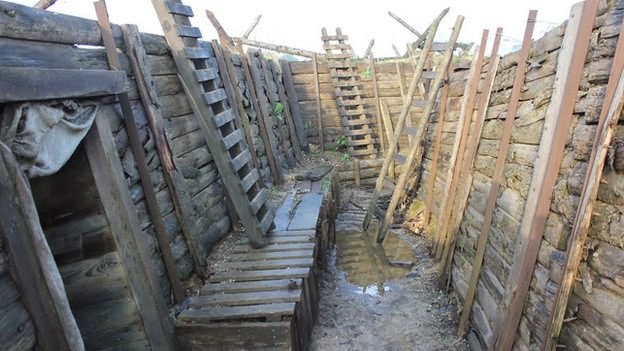 Share the comfort of chums & laughter with cheer
for come the morrow will be a new year!
HAPPY NEW YEAR!

Posted by Terry Silverthorn at 1:35 PM