So with this post, the day after Halloween & the end of October, this is also the end of Zomtober.

Now I certainly couldn't go through a month of Zomtober & not have painted a zombie or two. So here are the two, which after I was finished I realized I had used pretty much the same colour schemes on. Funny that. 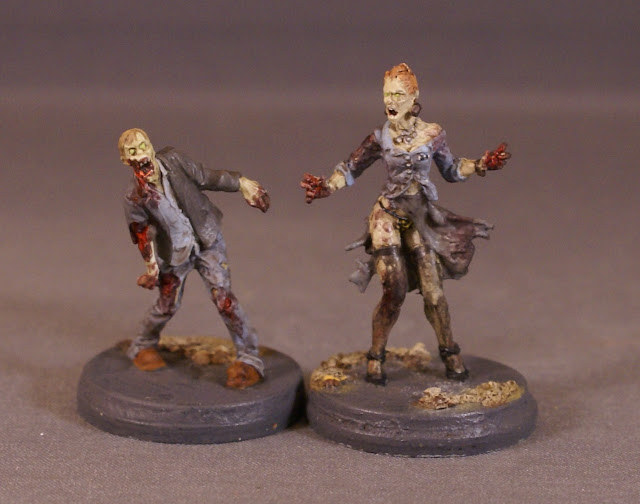 Which of course allows for perhaps this was a couple who were meeting after work (seeing she is wearing a name tag) when it all went sideways. 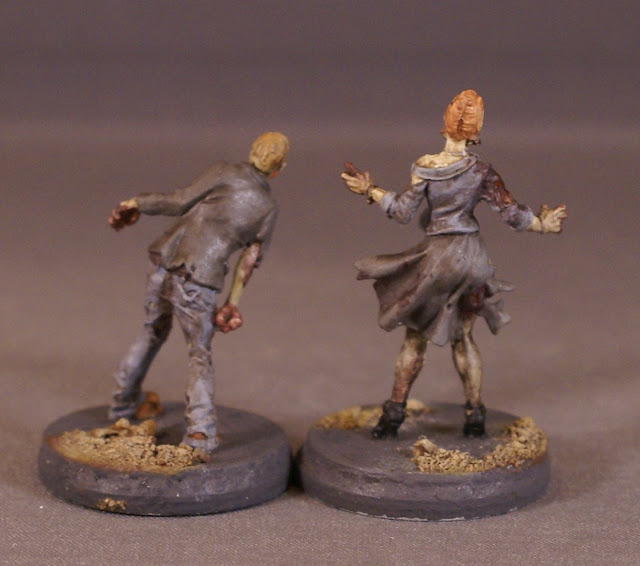 I've also finished up a couple of 3d printed ATM machines. Looking at them you can see that one isn't quite up to par with the others, however it's usable. 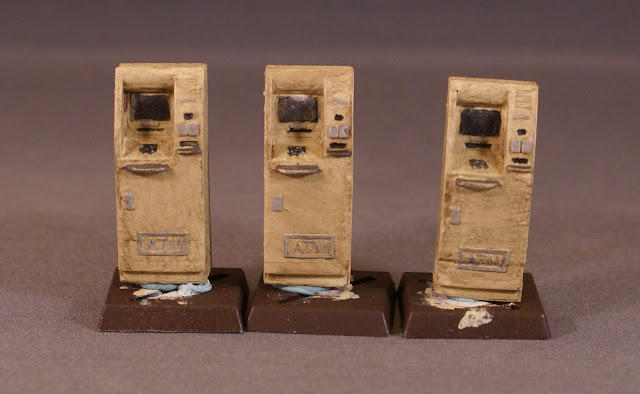 I guess this is another of my learnings. Rather that go all out to print a platform full, its better to print 1 until you get a good print, then go back & duplicate it with the supports to fill your print surface. Having printed 3, I am not sure which of them from the file is the faulty one.

And one last look at the ATM (figures I grabbed the faulty one for the photo) besides our Zomtober survivor Ned. 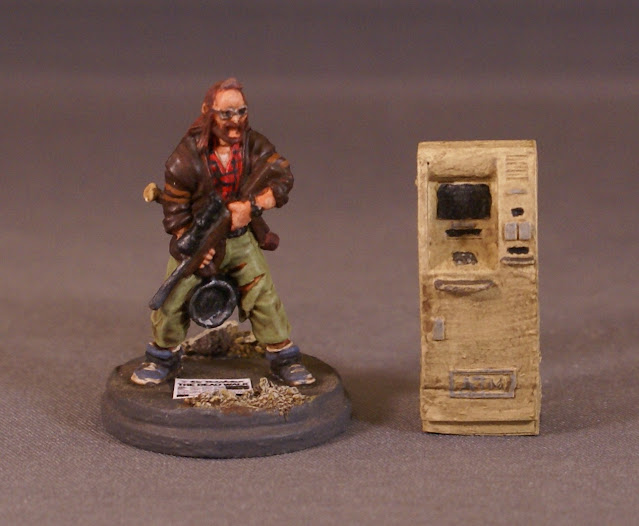 So that leads us to what's next? Well I have several boardgame core sets of figures primed...& I've already started on Core Space earlier this year. Perhaps with the new Kickstarter of that on the go, I will continue on them next to complete the initial stuff I got at least!

As always, thanks for stopping by!

Posted by Terry Silverthorn at 1:10 PM