The Adventurers - Temple of Chac and....Finally!

So last night at the club I brought out the first of the Adventurers games, which was done by AEG, before Fantasy Flight snagged the license.

I had 3 of the fella's join me as we entered the Indiana Jones table top theme park.Dan, Dave & Elliot took the plunge. 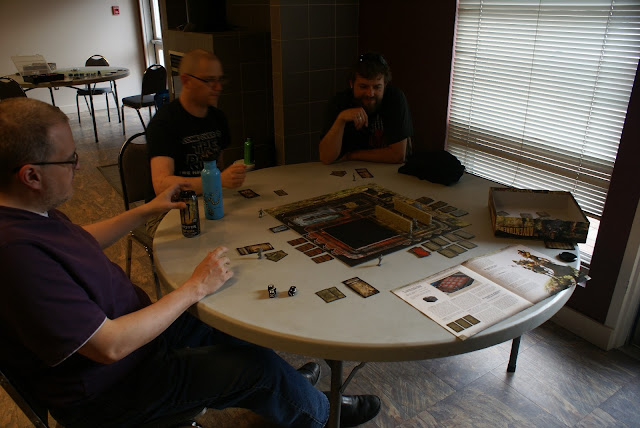 Entering the first chamber, the walls begin to close-in. Some quick searching for loot & trying to decipher the glyphs for later. 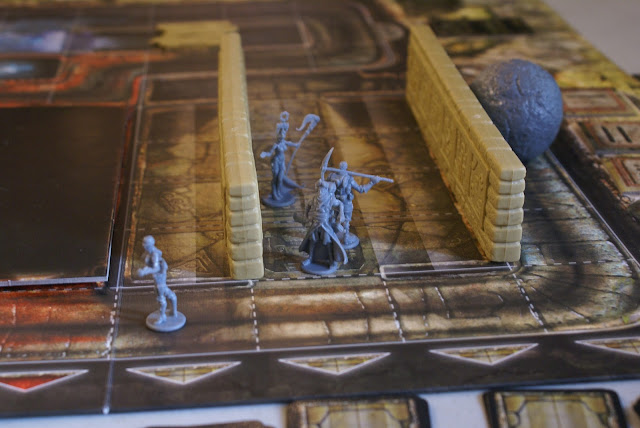 Of course we got the ball... err boulder rolling early. Then Dave's character stepped on a stone in the lava room & fell into the lava. 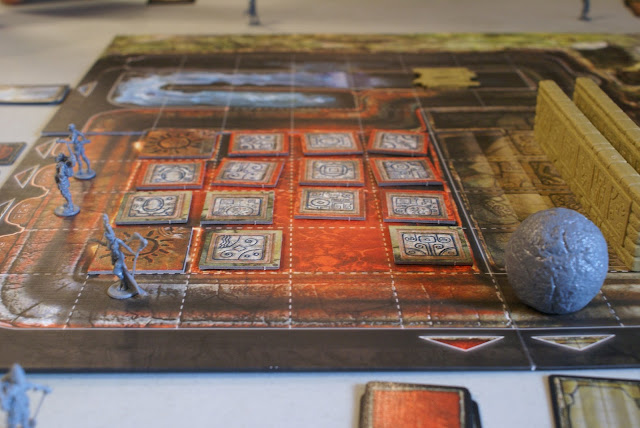 A couple of us ran ahead to try to get into the locked troves. The boulder gets closer. 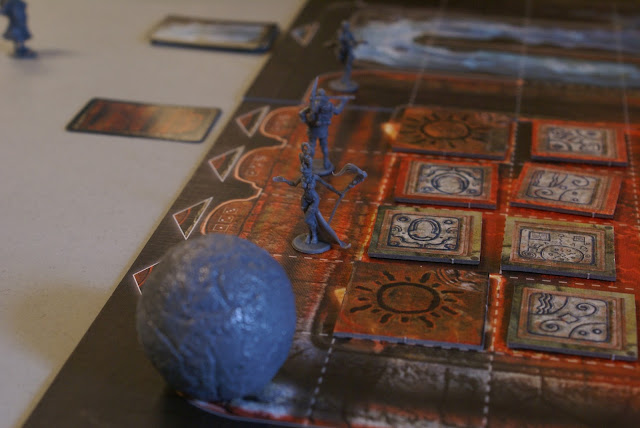 Elliot took the river route & had managed to snag some good loot, only to plunge over the waterfall, weighed down. 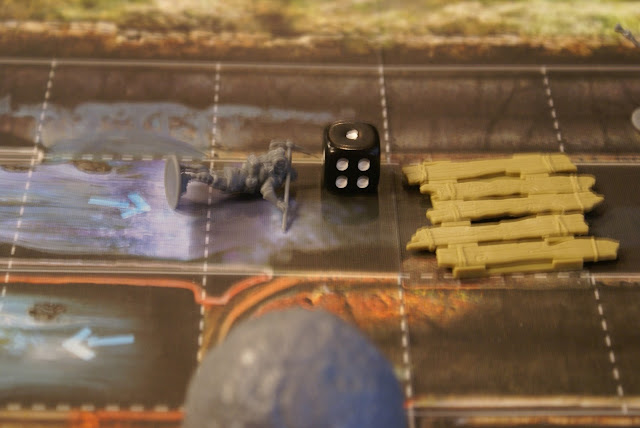 I didn't fare any better, having misjudged the speed of the boulder. 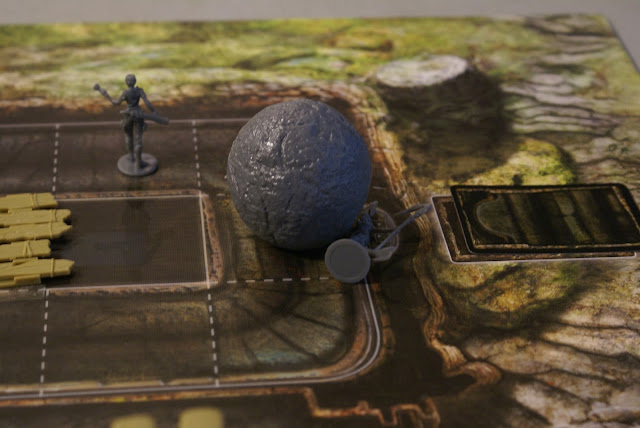 In the end Dan & Dave got a character out before the exit was blocked by the boulder. Dan took the win having the most loot value.

and FINALLY! After 2 days of insane jumping around dealing with "the couriers" I finally got my Zombicide 3 Kickstarter. This of course got me thinking of doing a campaign, lots of thoughts are bouncing around in my head atm as to how to do it...but it will happen.

Anyway, here is the haul 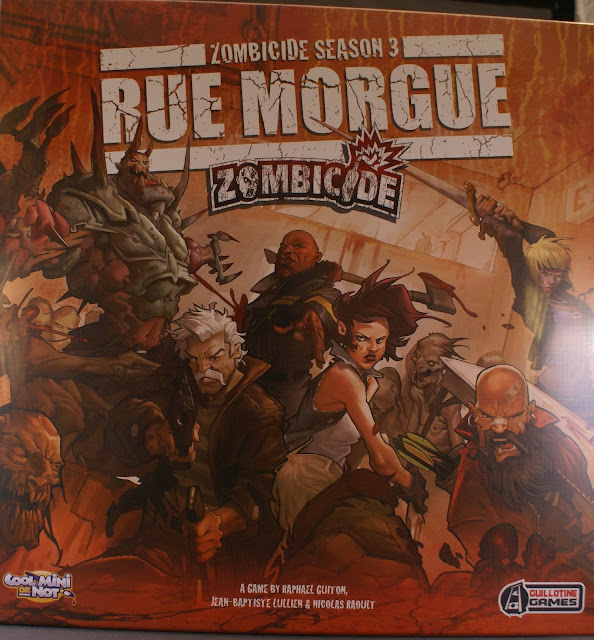 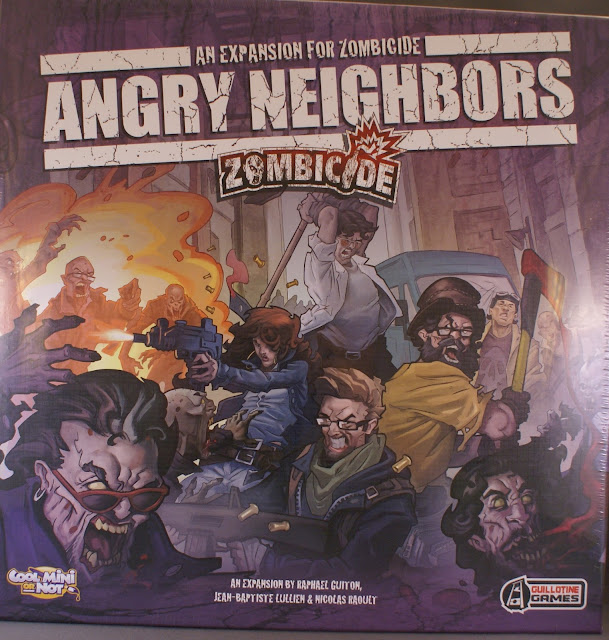 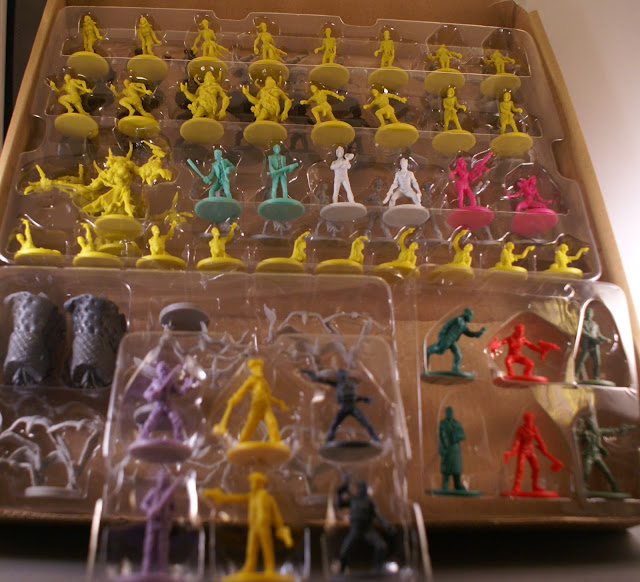 The special figure zombies. And yes if you get taken out by the Hotdog Zombie, your a real Weiner! 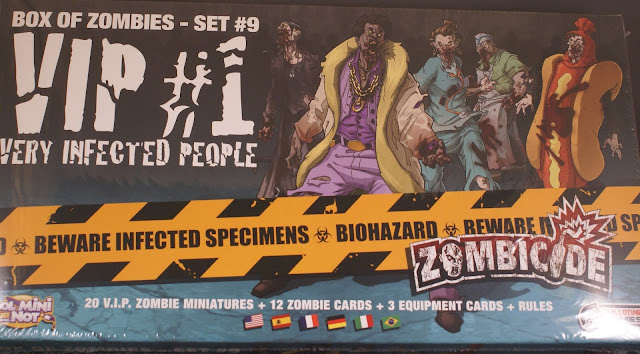 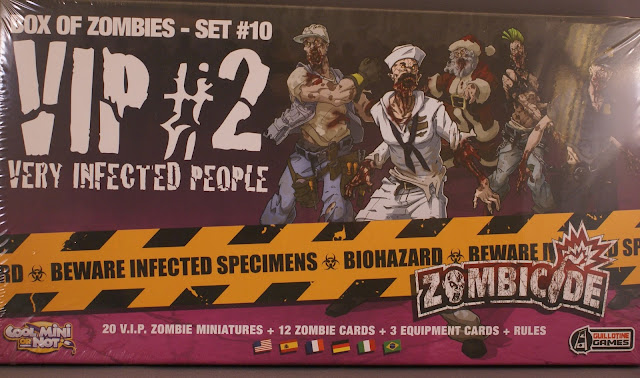 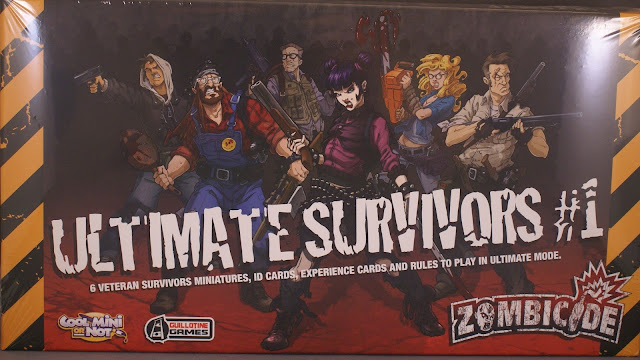 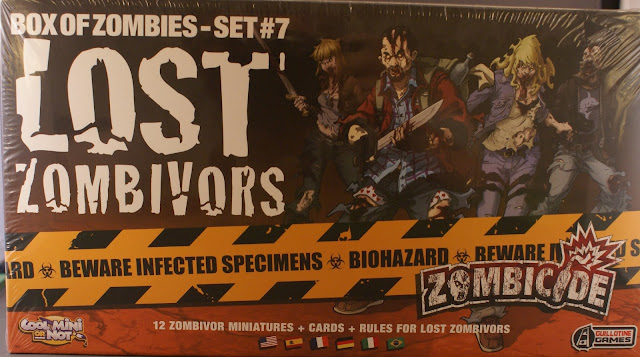 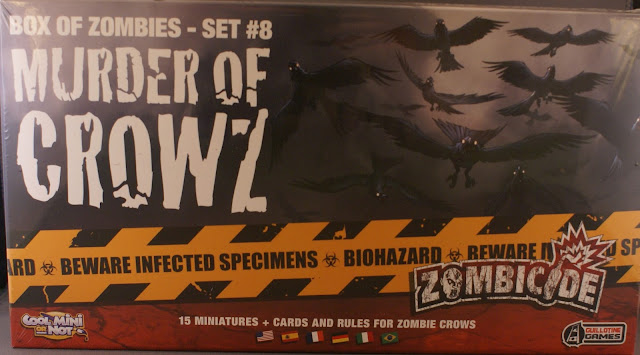 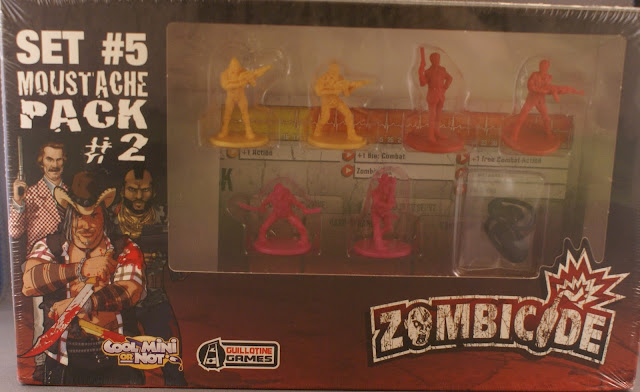 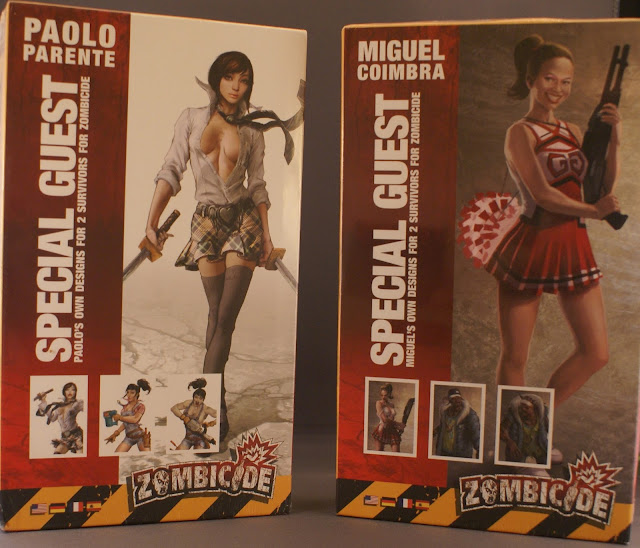 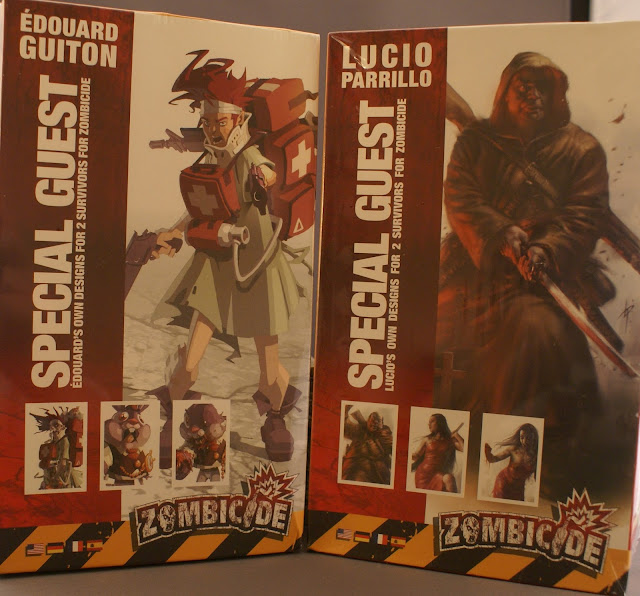 And the add-on characters. 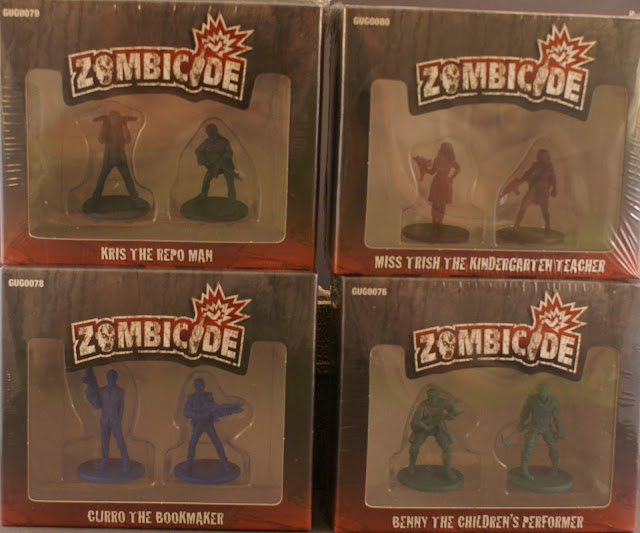 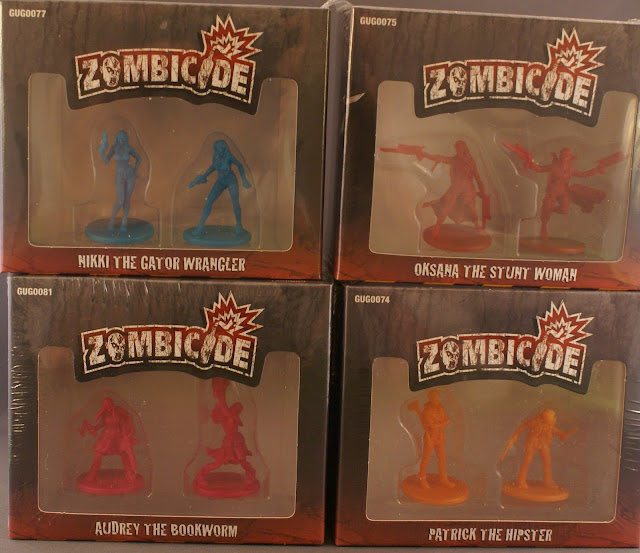 There were a few other items in the boxes, like new dice, dice bag, card box, etc.

So of course with the new shinies comes the desire to get back to painting them, but I have a few things that need to get done before that. Luckily Zomtober is a mere 4 months away!


Posted by Terry Silverthorn at 4:00 PM