Up first we have a couple of Fire Hydrants & a Garbage bin, all 3d printed by me from one of the first STL kickstarters I backed, but was unable to print as they were designed for a resin printer. 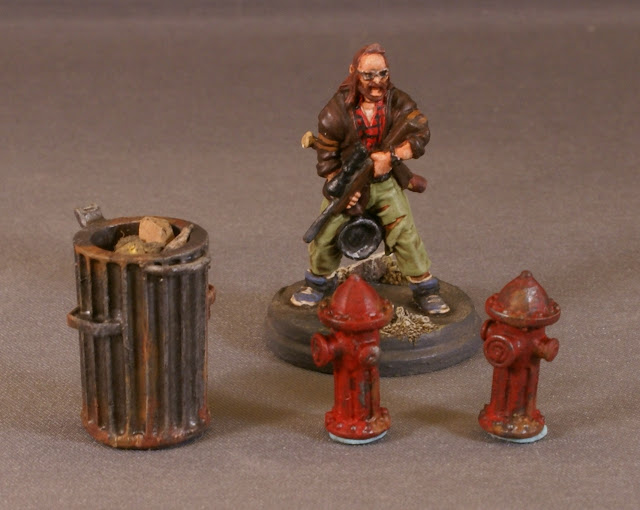 I tried some weathering on them & am happy with the result. Orignally I was going to mount the hydrants on washers, but then thought that simply using a bit of sticky tack would be a better option. 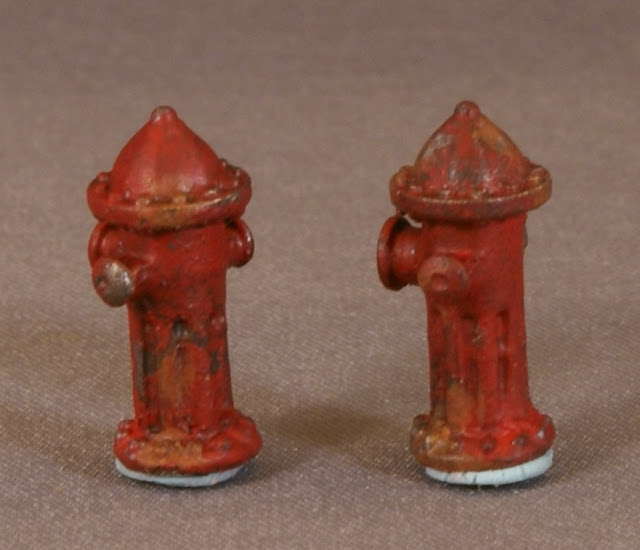 As for the garbage bin, I added a bit of tissue, & a piece of sprue to represent rubbish. 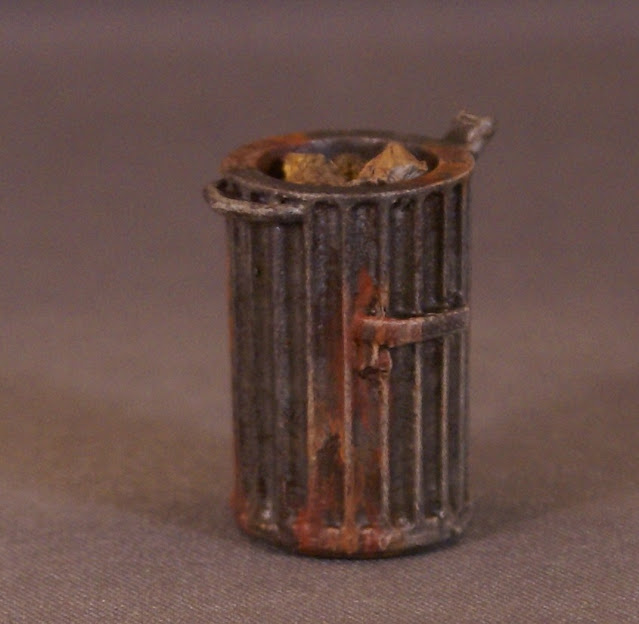 Another item I 3d printed was an electrical box for use on the side of a building...which one day I will actually start building. I added a printed emblem with the electricity symbol. I find these online & then reduce them down to where I believe they would be to scale. Then after cutting them out, I dip them in water & mix that with a bit of white glue (thus making the glue watered down too). I find this works well, however you need to be careful & not handle them roughly or they shred. 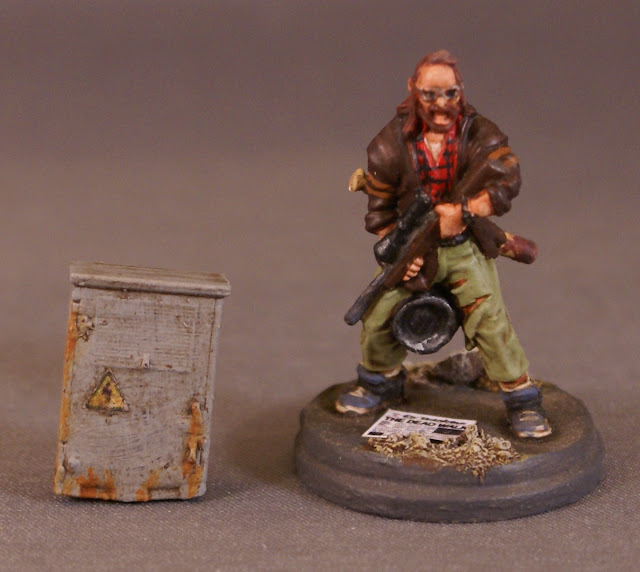 Moving on to a couple of objective markers from the Walking Dead Miniatures game. Just did the 2 packs as they were quick. Again adding some printed magazine covers, or hand painted map.

Lastly I did up a wood fence barricade. This also comes from the Walking Dead terrain set. For the boxes behind, I filled the open ones with some small stones grabbed off the street. 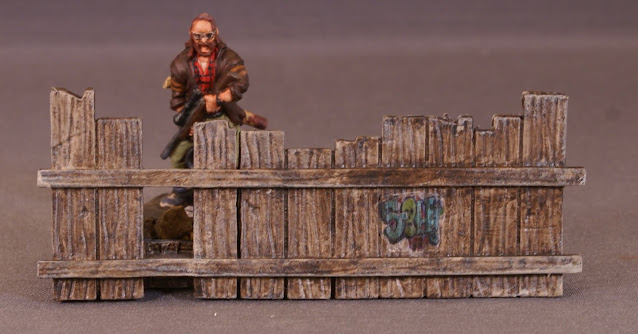 So onto some more Zombie themed fun!

Posted by Terry Silverthorn at 1:14 PM