In an earlier post I provided a look at what I had printed from a file I had gotten from Thingeverse. After my buddy Scott & I were chatting about needing some, I chose these ones by Obsidian Prime. Today I was able to spend some time painting & managed to finish up some of the Objective tokens. 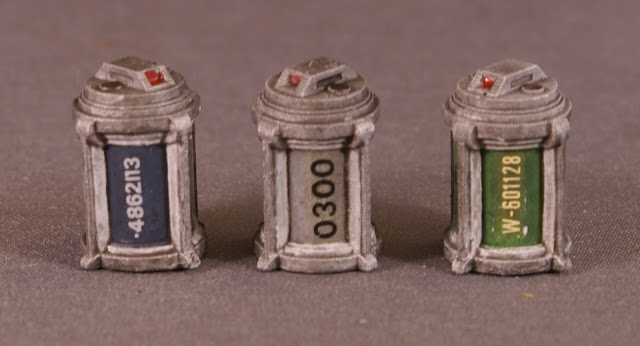 I reduced these canisters in scale as printing at 100% would have been these huge monstrosities, which quite frankly would not be possible for a person to carry. There were several options, but I chose 2 that I really liked to represent the Physical Loot. 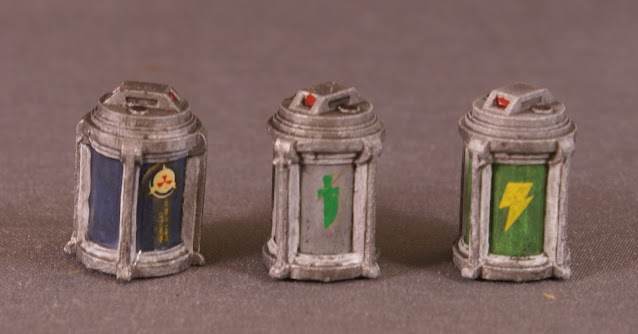 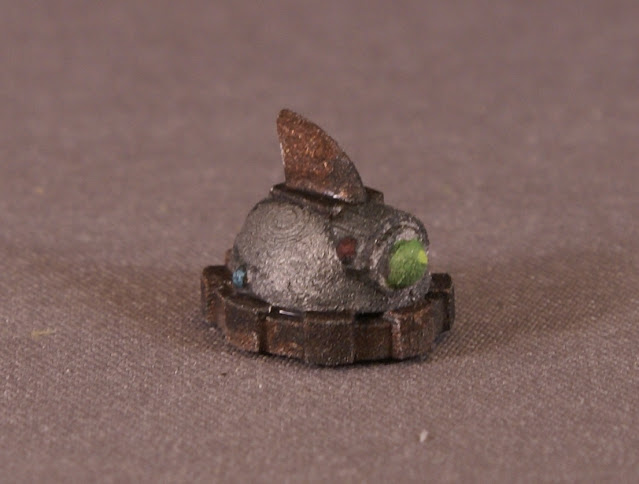 After painting them up, it was time to poke around the old decal box to see what I could use to add to them. 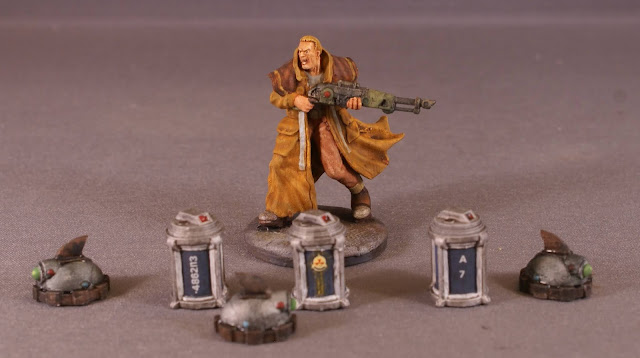 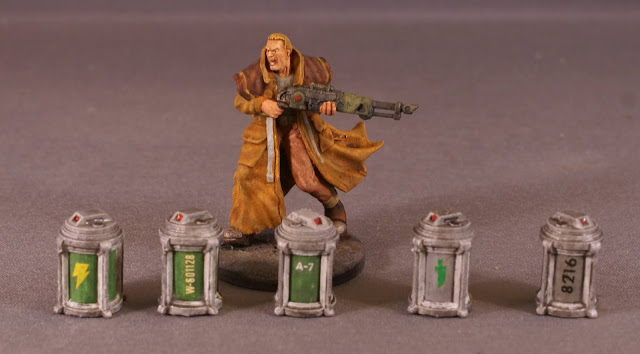 Several old GW decals & some WW2 ones fit the bill. I've also got some Data Loot tokens also from Obsidian Prime on the paint table & hope to get them done by weekend's end.

I also revved up my FDM printer, but realize I need to move it away from the overhead vent as it seems I am getting some lifting off the bed on that side. This is even with very little air coming from it....but I guess its enough. Moving it will prove if this is the issue, or if its something else.

However I was poking around Thingeverse some more & found these Spaceport Rubble piles (which are obviously Star Wars themed). 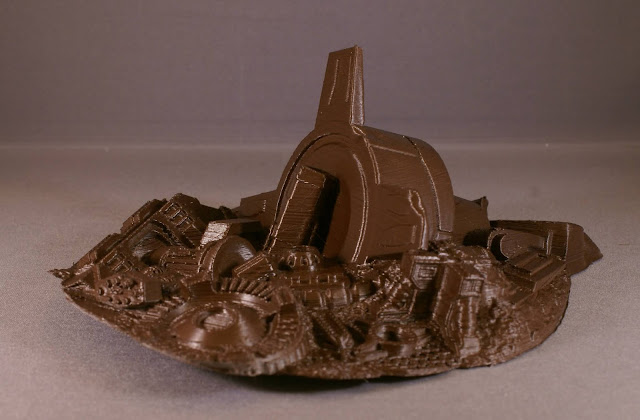 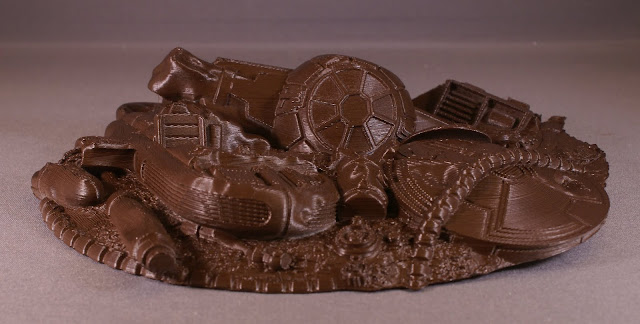 So you can expect to see these done up soon too. Thanks for visiting.

Posted by Terry Silverthorn at 9:57 PM