Poking through my shelves for games that needed to see the table, I snagged my copy of Dungeoneer: Tomb of the Lich Lord, a dungeon crawler for 4 players. 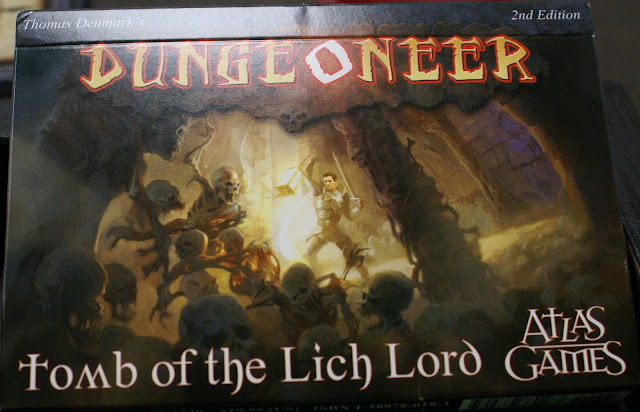 The game uses a system, where players 'build' the dungeon as they play. Often seeing what other players need to complete their quests & ultimately placing the room cards they need as far from them as possible. 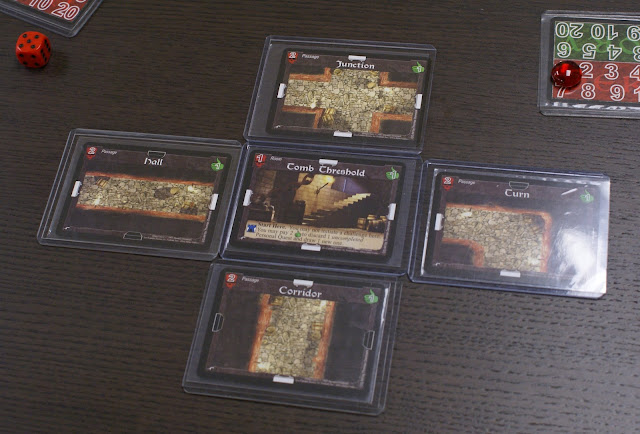 The game comes with 6 characters to choose from. For the first game I played the Darkling Rogue 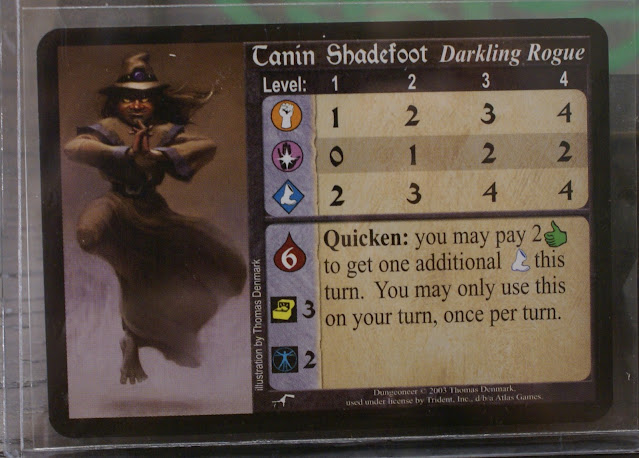 As you complete quests (You need to complete 3 to win) your rewards are often gaining a level. 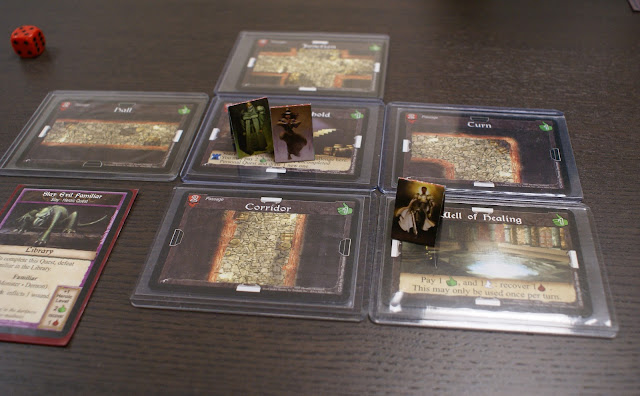 As players progress through the dungeon, they earn Glory (used by the player to play treasures & boon cards on themselves) & Peril points. (Peril is used by other players to make your life interesting, but not in a good way) 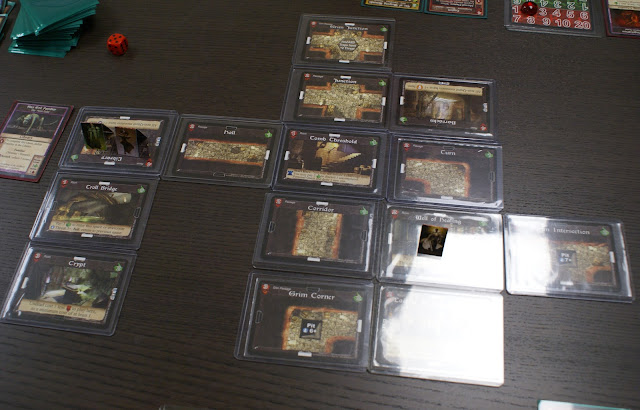 The second way to win is by being the last player standing. This was how Chen won the first game.

We then set it up again & Kurt managed to take the victory after Chen was taken down. 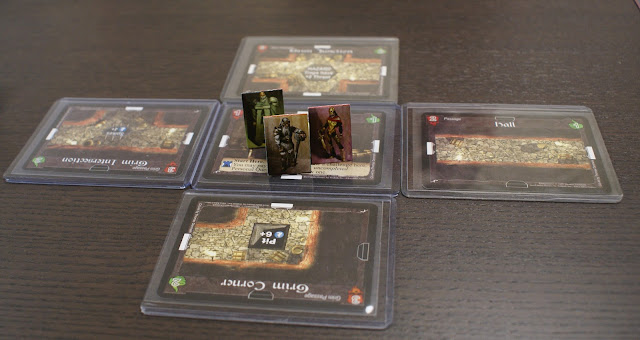 All in all a fun game, which was easy to learn & plays quick....perfect for a night at the club!

Posted by Terry Silverthorn at 7:27 PM