Last Tuesday we had 5 of us out to the club & played When Darkness Comes. 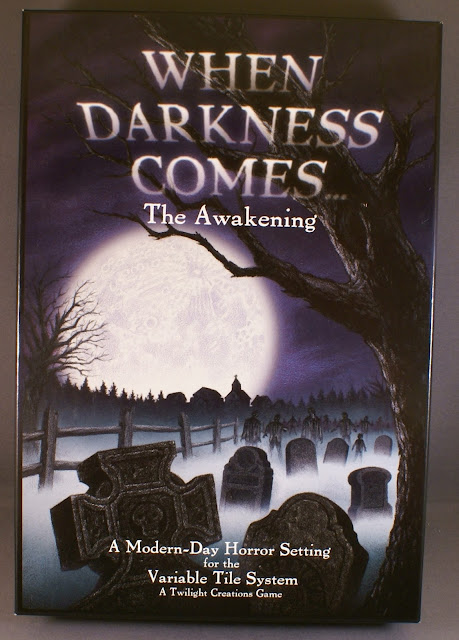 I will say the rules, out of the box, leave a lot to be desired. Luckily I had printed out a set of enhanced rules from boardgame geek prior to running the game.

We used the characters that came in the box to give the first scenario a try. The story gist, was that we were criminals who were being give an 'opportunity' to solve a mystery for a chance for freedom. With all of us armed with a cellphone (to communicate in game) & our various skills, we were off. 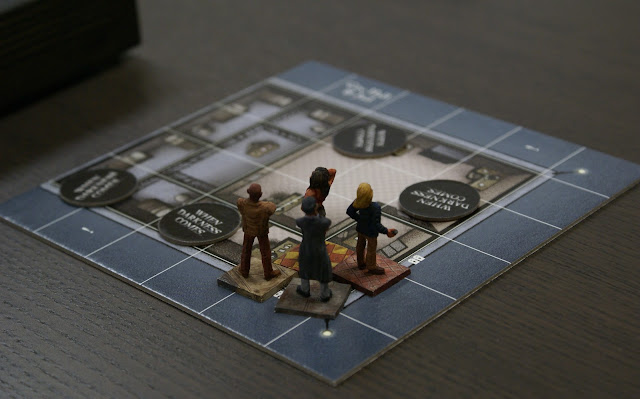 The game is a bit of an RPG-Lite game where your group works co-operatively to solve the scenario & as we discovered...You DO need to cooperate, or your done for! 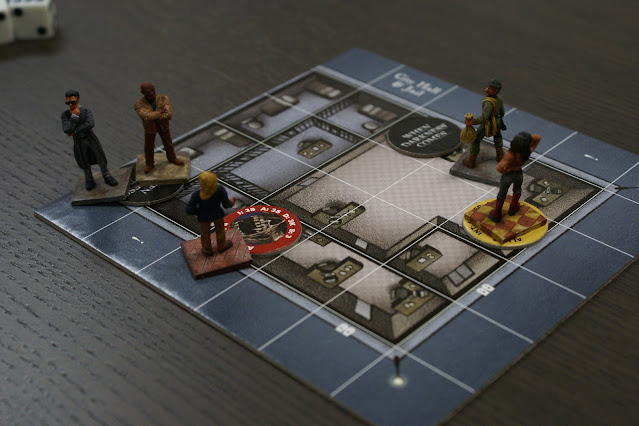 Your character earns xp for performing various skills & can then expend the xp to re-roll a die, or roll an extra die, etc.

Characters can also 'support' or assist one another to improve the chances to succeed. 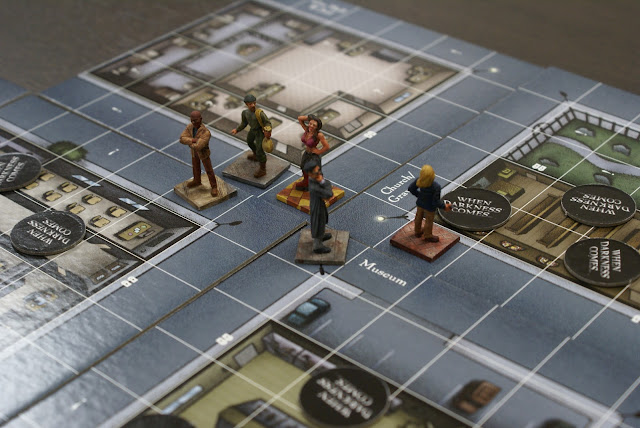 After trying the game at the club, I took a deeper dive into the rules & discovered we had done several things incorrectly. So I will give this a couple of solo tries before bringing it back out, to work through the odd mechanics.

Posted by Terry Silverthorn at 4:48 PM