The fella's were over for our 2nd campaign game of Stargrave. This time we played the Salvage Crew scenario.

I had set up the table & taken a few photos, but afterwards did some tweaking

Rather than have it where just any part of the ship needed to be shot at to remove the point defence, I had placed several consoles. Removed the central command table & repositioned the 'defence targetting system' 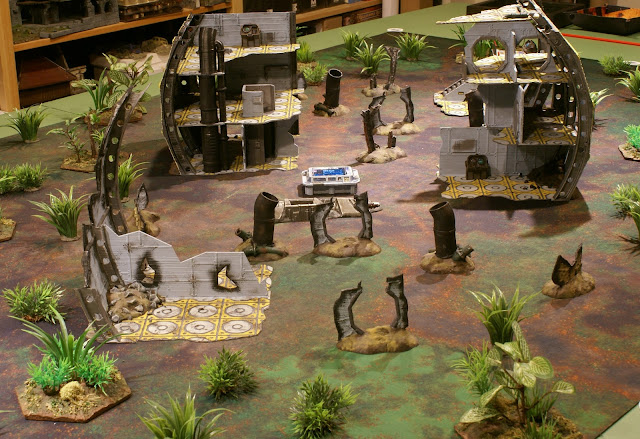 The idea of the consoles, were that they were operating the defence systems, but were also going to be the access points to discover the objective loot token. 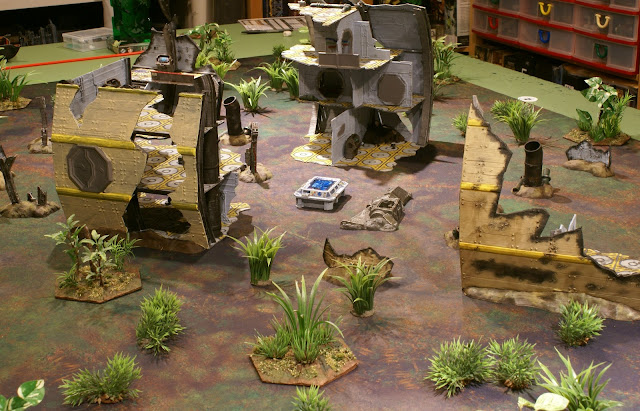 Here are the Incorrigable's moving onto the table 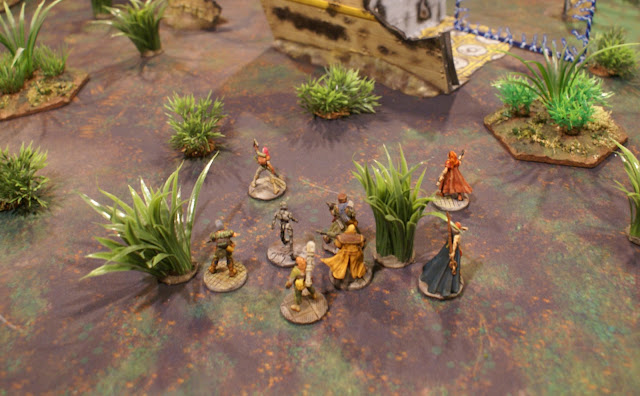 It doesn't take long for smoke to pop! 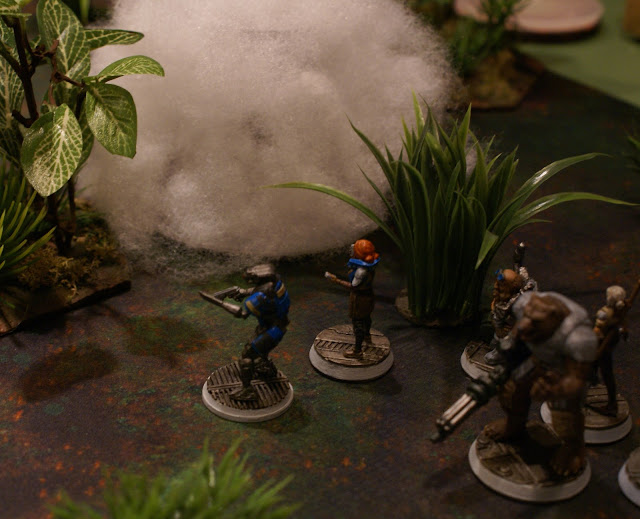 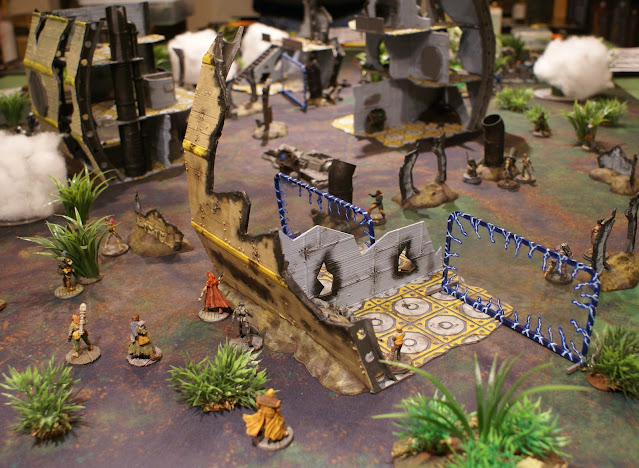 Scott's force preparing to climb aboard 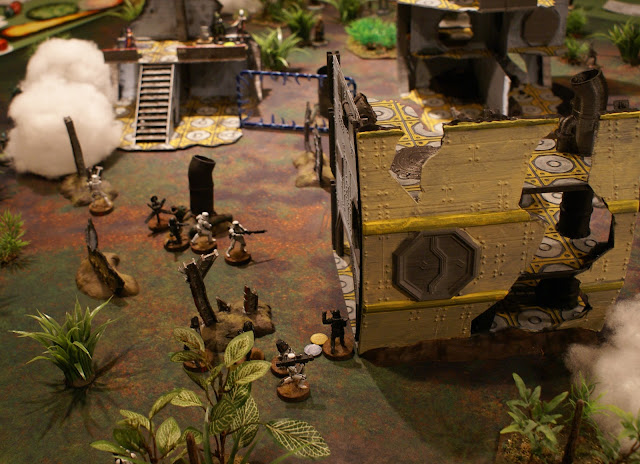 The objective token on the upper level was fought over the entire game. 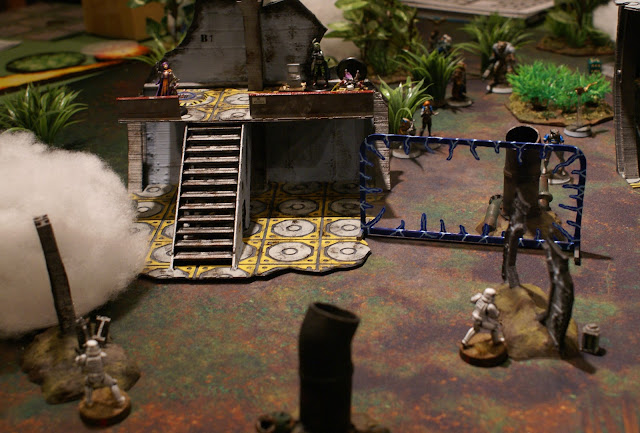 With 2 crews battling for supremacy over it, Grenades kept landing amongst them. 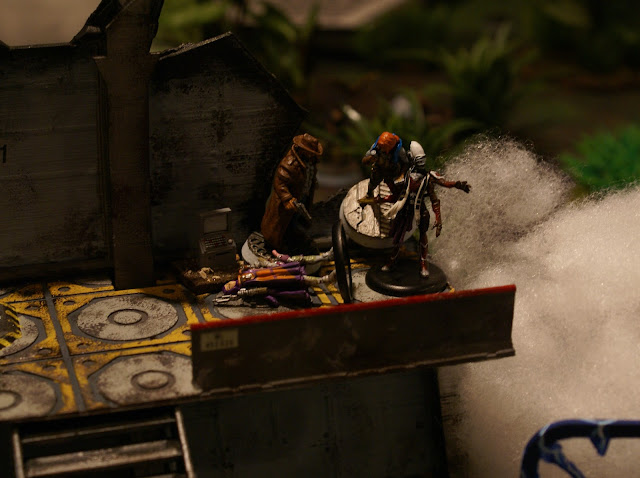 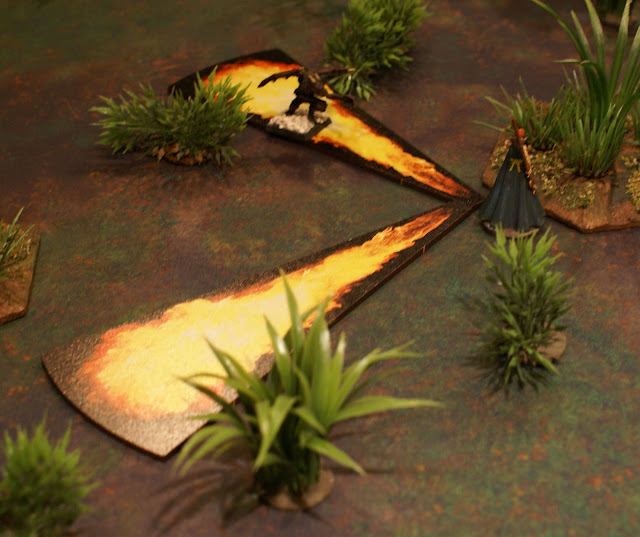 So every crew managed to snag a couple of Loot tokens & escaped generally unscathed. The drones were constantly being controlled by opposing crews, but didn't cause too much damage.

Thanks for visiting. Now its time to start preparing for next months scenario.

Posted by Terry Silverthorn at 8:45 PM