Maurice! Where is my lamb

After much anticipation, Bruce brought out his game of Maurice for several of us to try
at the club. His son Ian was up visiting from Calgary so joined us. As most know who have played this game, its a card based system where the player must decide whether to use the card for command range or as the event/ability listed. Mark has more about this evenings game on his blog.

We had a fictional battle with 4 players. Ian (British) and I (Prussians), sallyed forth against Bruce (Austrians) and Mark  '6' Wall (French). The objective was a small herd of Lamb. I guess the General's were due for a Ball or some such. We placed the objective on the enemies extreme right in a woods near Mark. 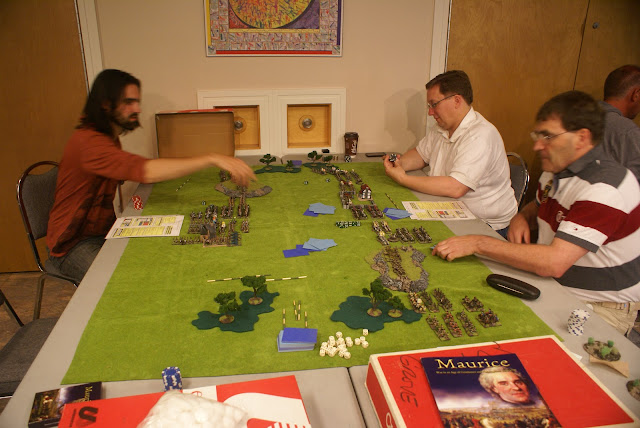 We decided to mass our mounted forces in the centre, with my foot and artillery holding the flank hinged on a small town. Perfect for one of my two conscripts to hide in. I guess I did sort of forget that we were attacking, but then Bruce started to swing his irregulars thru the woods and towards my waiting cannons. 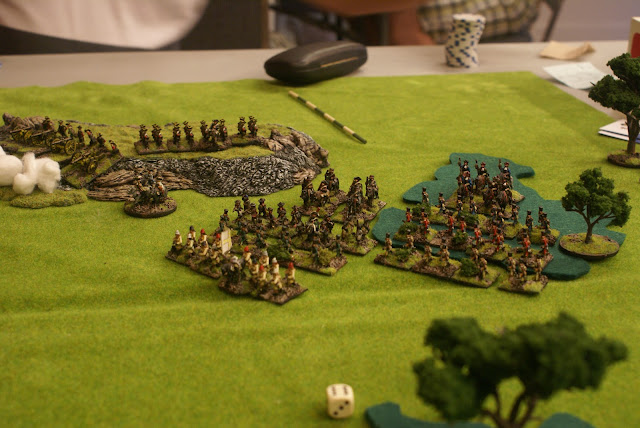 I think my favorite card of the night was "This wasn't on the map!" where I got to place a marsh or rough area, which I landed right in front of Bruces mounted troops. As it turned out, much of the mounted sat out the entire battle. 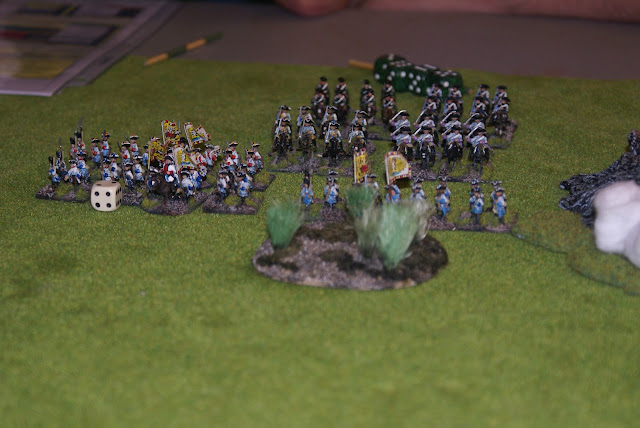 Most of the fight was at the far end of the table where Ian and Mark battled it out. I used the majority of my cards to assist my ally, lending him abilities to sustain or maximize his clout.

It was a definate slugfest. We used the white dice to denote disruptions on units. 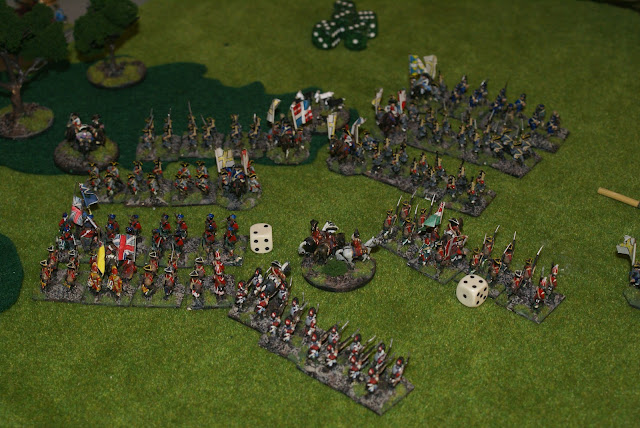 Meanwhile Bruce continues the advance into the cannonfire. 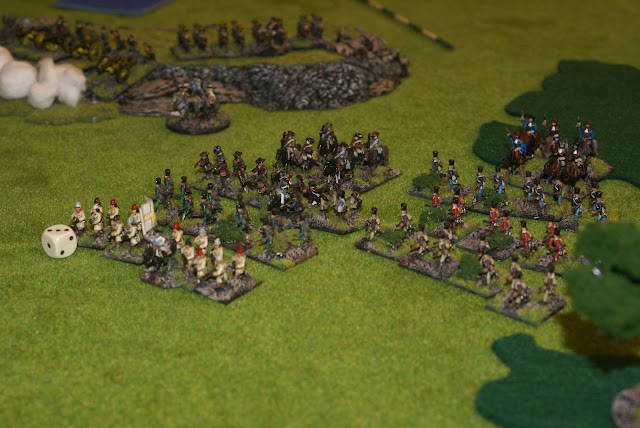 Eventually he was able to ride some mounted into the lead forces of my foot, catching one of the grenadiers (elites) in a flank, but with the right card at the right time I was able to fend off his attacks. 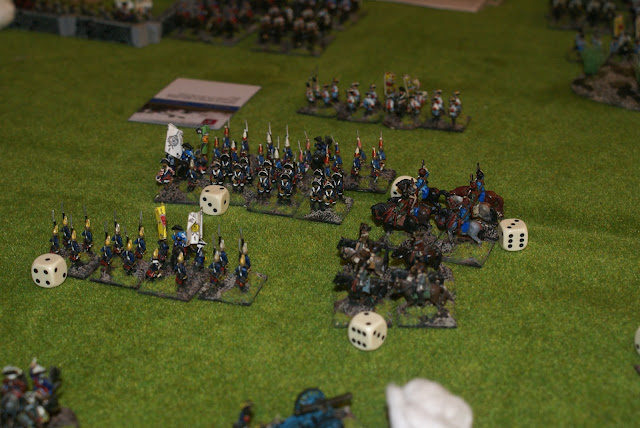 I finally had a card with the command range needed to swing my troops to avoid the flank attack. By this time I was down to 2 cards in my hand having used most to support my ally. The mechanics for card renewal were interesting and I can see how the players must use the PASS option to rebuild his deck or face potential disaster. 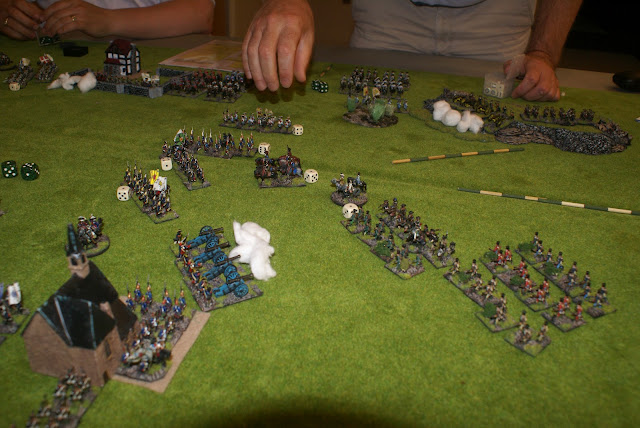 As the night was drawing to a close, here is the last view of the battle of the lambs on the far left of our forces. Ian's troops were pretty much finished off, though we still had a mass of mounted (which never moved), his guns and some foot in reserve. 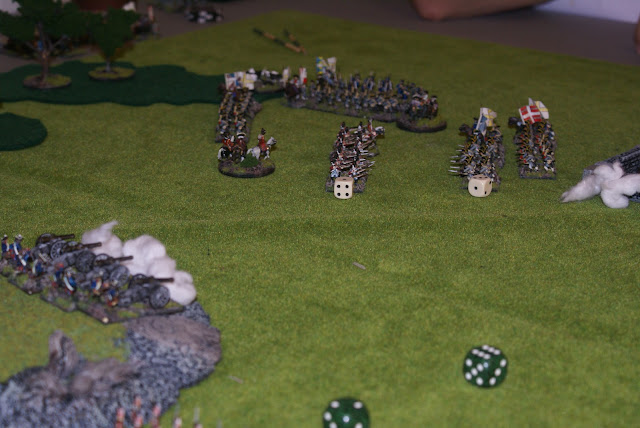 It was a nice intro to an era of gaming which I generally do not play, & I expect Bruce will be bringing this system to the club in the future as the rules system is fairly easy and fast. All the elements that a club game needs.
Posted by Terry Silverthorn at 8:43 AM