As I prepare the next Frostgrave Campaign  game for this Sunday, we will begin using the Ulterior Motive cards. Thus I needed to come up with a bunch of the objective markers for use during the game.

Now I did get the set of markers with the mini Nickstarter, however after browsing through the cards, quickly realized I would need more....many more, as we know, as sure as I don't have it handy, it will be needed.

Thus began the scrounging from other games & I managed to cobble together quite an eclectic mix.

Also my Ceri Designs gaming cloths arrived. I picked up 3 from the recent Kickstarter. I went for 3 of the same design, which will be shown in the images below.

Here is the mat, displayed beside my Lexar cobblestone (which I've been using). Not a bad match, though I wanted the brown dungeon floor mats, seeing as I have the grey cobblestones covered. 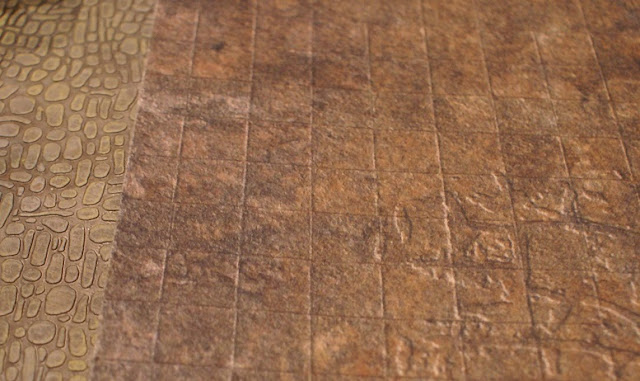 Now onto the objectives, so I needed some more stone circles. Remembering a garage sale purchase quite a few years ago, I found the aztec style coaster set. Now granted they are a bit larger than the circle from the Nickstarter, but they are ready to go & will be perfect for one of the upcoming scenarios in the campaign. 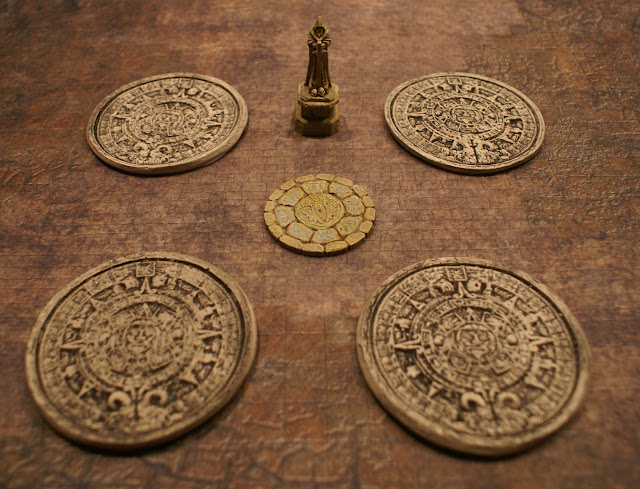 Then it was onto the statues. I had some small gargoyle type statues purchased during the after Hallow-ween sale at Michael's. I've used them as grave markers in the past as well. Did a quick paint job on them. 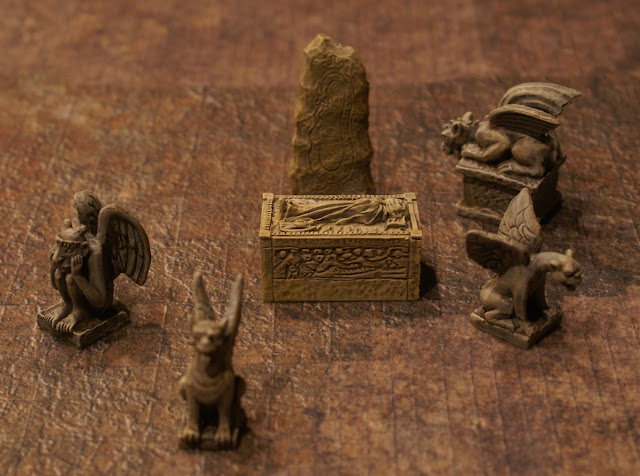 I also still have quite a few of the Chtulhian figures I got a bag of from a game store. These little fellows are finding all kinds of uses now! As for doorways, there is the one that came with the Nickstarter (on the left) & then 3 from the original Warhammer Quest gamebox. I also have some of the open doors from Heroquest to use as well.

Lastly there were the runic stones & sarcophagi to think of. Luckily I was able to source these from my recent Path to Osiris Egyptian Dungeon tile set. 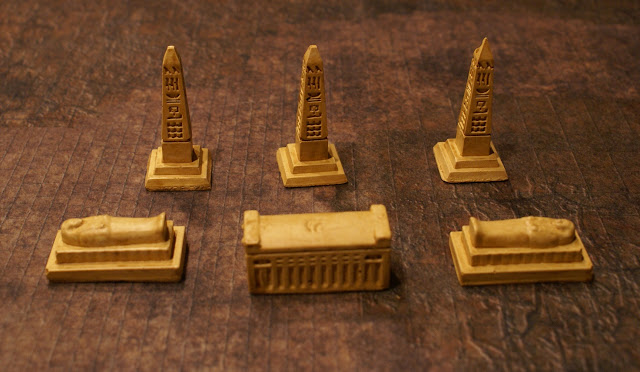 So I believe that covers everything but the pits & trap doors. For these I found some of my old cardstock dungeon tiles which will be good proxies until I can make some down the road.

As always, thanks for taking the time to visit. Perhaps my scrounging will aid you in your own searches.

Posted by Terry Silverthorn at 9:34 PM