I finished up 3 more of the adventurers during today's paint session. Here we have Lea Rice, Nicole Lagger & Bill Baker 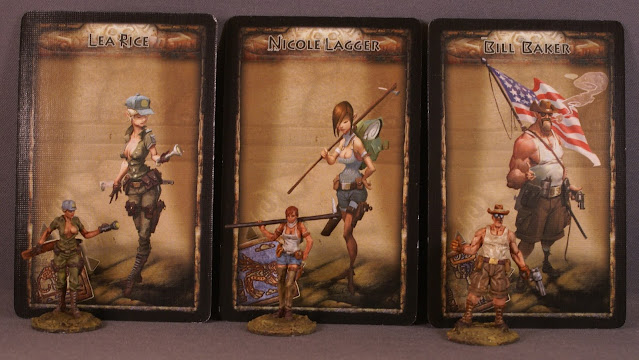 Lea is a slender & dauntless young woman whose long legs will carry her swiftly away from danger. Her special ability is sprint. 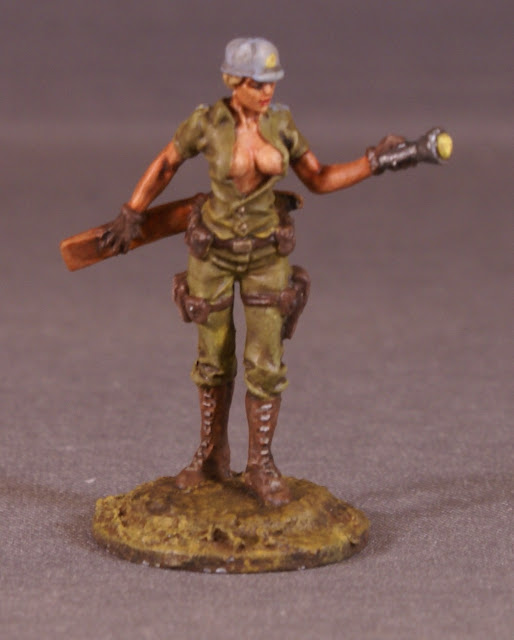 Lea is also rather....well, buxom & is a mere 2 buttons away from total exposure! 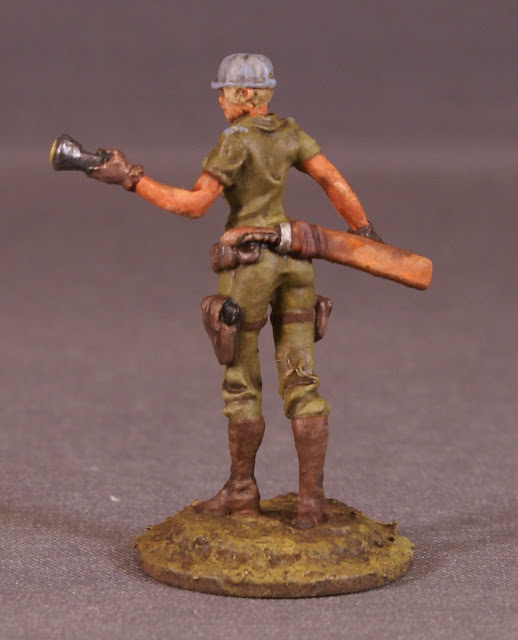 Next we have Nicole Lagger, a daring young woman in top physical condition. She quenches her thirst for treasure hopping from one expedition to the next. Her special ability is Leap 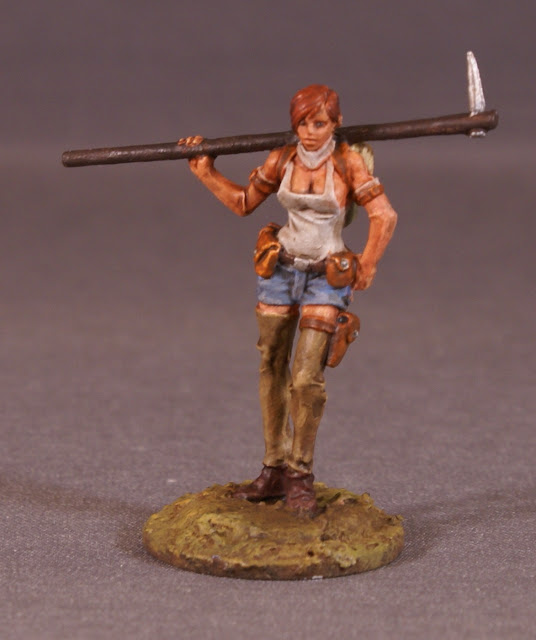 Nicole is also well equipped, am I sensing a pattern here? 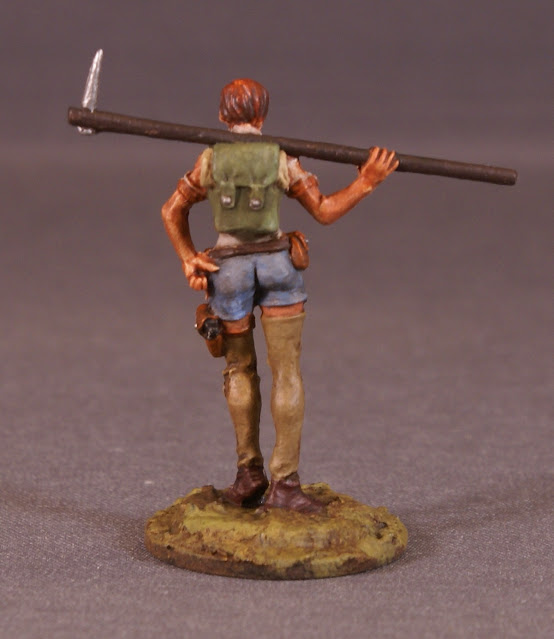 Last up for today we have Bill Baker (the All American). He is an eminent professor of Mesoamerican archeology. He is also a rugged & untiring adventurer. His special ability is Stamina 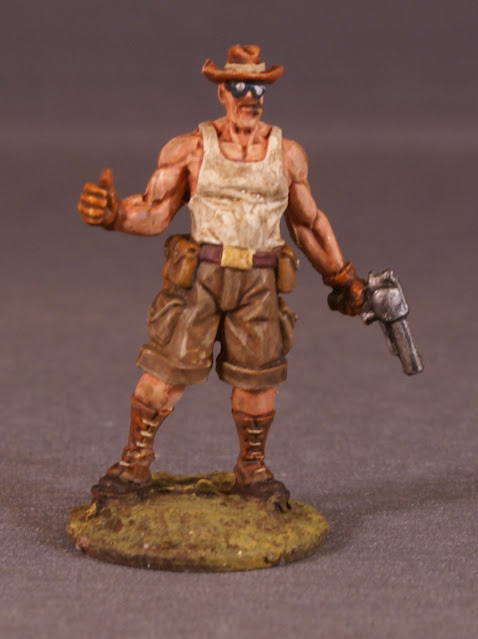 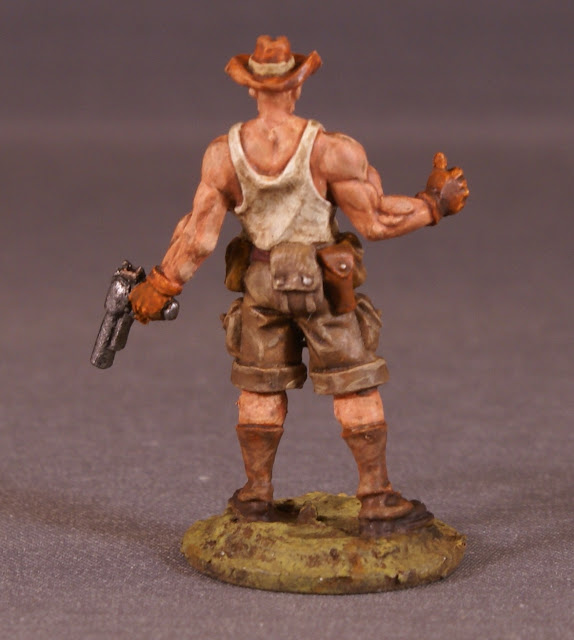 You will note that all of these figures are somewhat cartoony in nature, which I think adds to their fun to get them painted up. Now I did notice that they are more towards the 25mm scale than other boardgame figures, including those from the  Adventurers Temple of Horus boardgame.

Posted by Terry Silverthorn at 4:05 PM