I managed to finish off the Bren Team for the 1st Squad of my BEF force. This consists of a 3 man team. 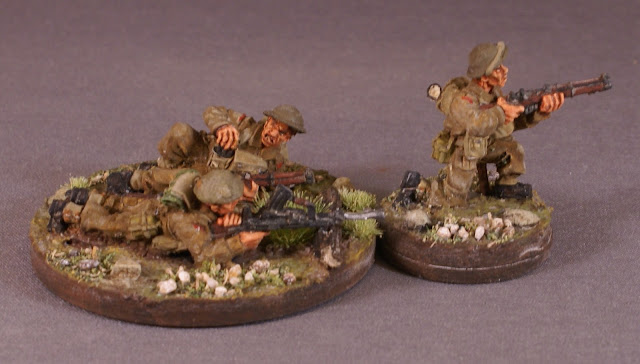 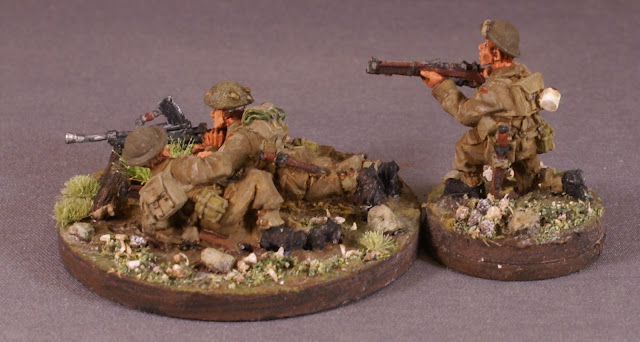 And here are the happy lads all together.

I also recieved the first of my reinforcements from a couple orders I did with Warlord Games. I did this first order consisting of 4 rifle squads 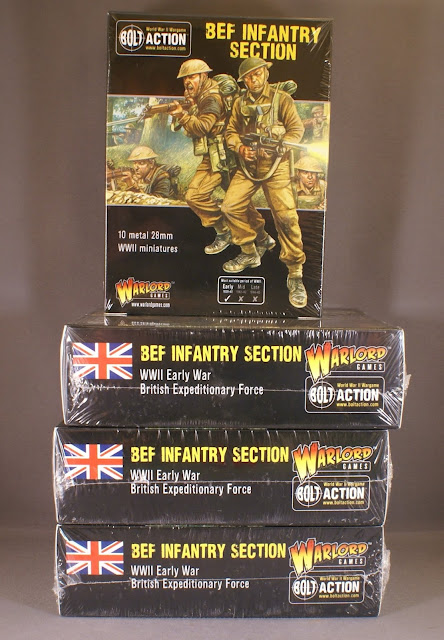 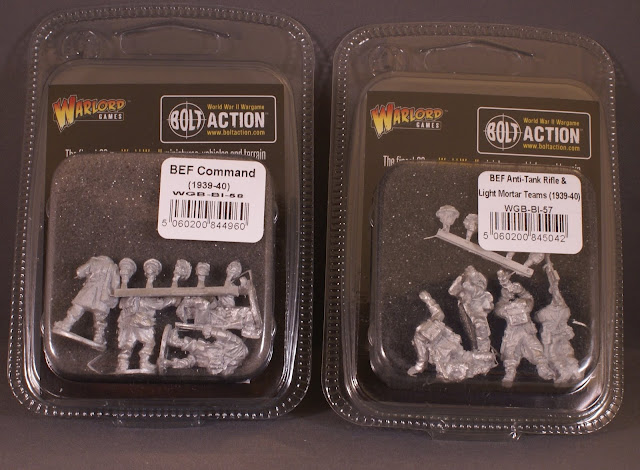 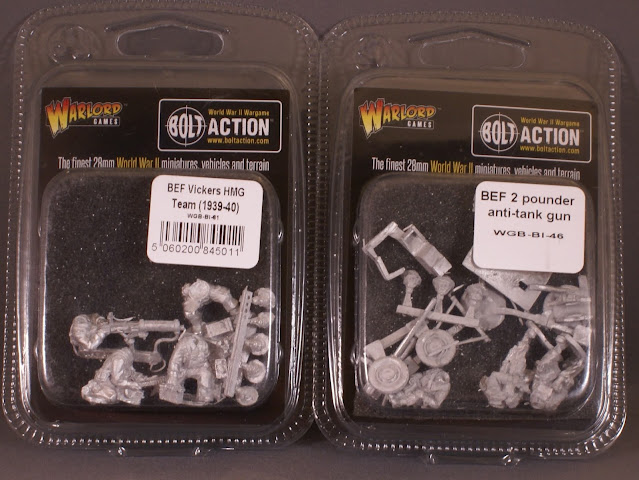 As I was about to check out, they had a note about adding items to cover additional shipping costs....sure enough The Matilda II was one of the options! 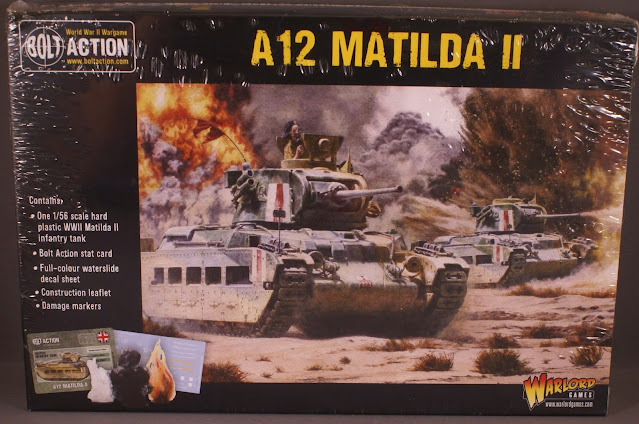 So the next day of course they posted they were having a sprue sale...so I added some more stuff for the BEF force as well as a couple sprues of weapons etc. And just as before, there will be a 2nd Matilda II free to cover the shipping pains.

Now with all this done, I went through a bunch of my boxes of WW2 stuff to see what else I had. 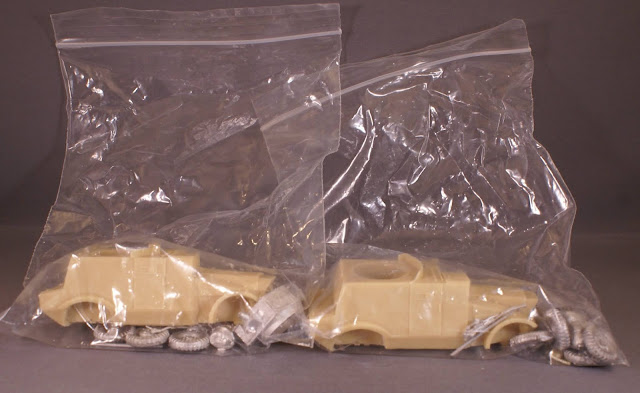 A 2nd Matilda I, (I ordered a 3rd one from Warlord Games to complete my troop) 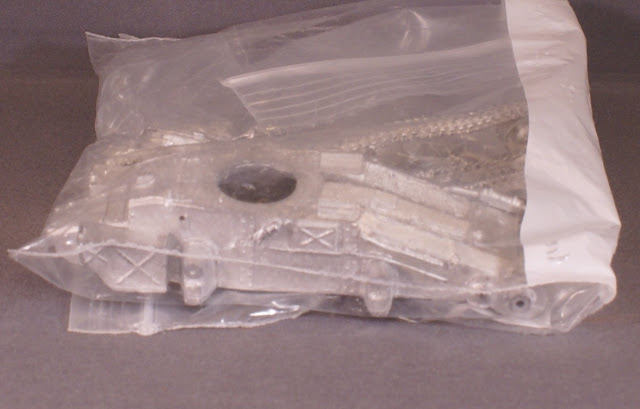 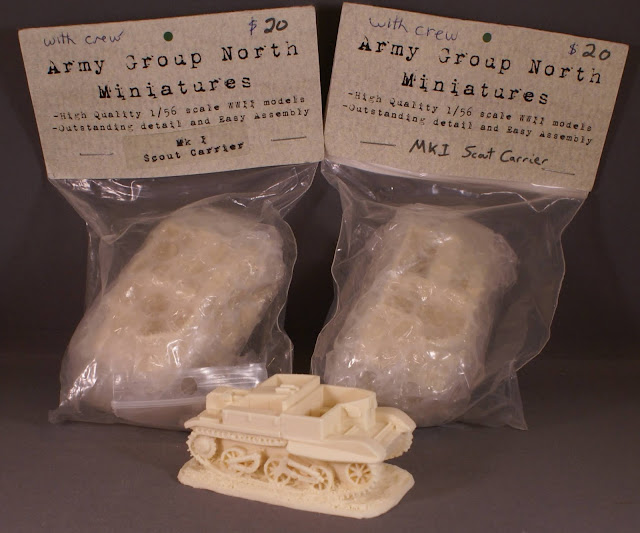 5x Mark VI B's, again from Army Group North. I will need 4, but I am hoping I can swap the weapons on the 5th one for one of the variants. 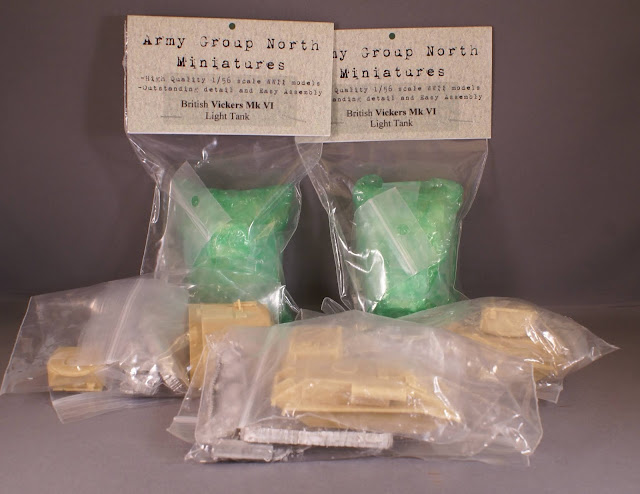 An A-9 Tank purchased from Ian Crouch 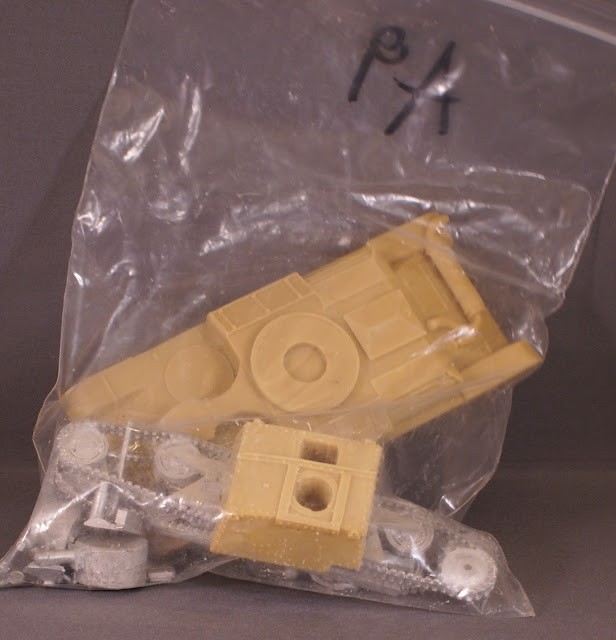 And lastly my remaining Matilda II from Army Group North. 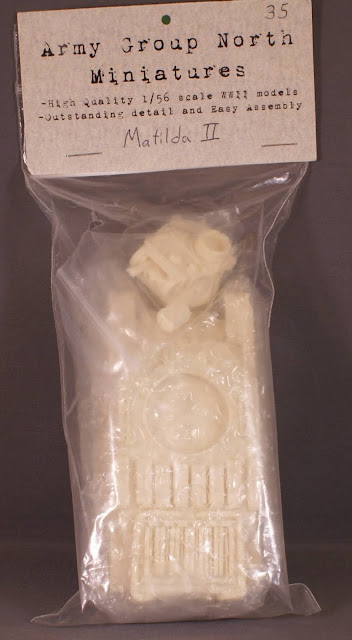 So I guess you can see what my future paint sessions will be all about, so stay tuned!

Posted by Terry Silverthorn at 8:36 PM