The BEF is coming

With the rise of Germany's aggressiveness, Britain has begun sending troops to bolster the French & Low Contries stance to counter it.

Here we have the first British Officer, preparing the way for the troops to follow. 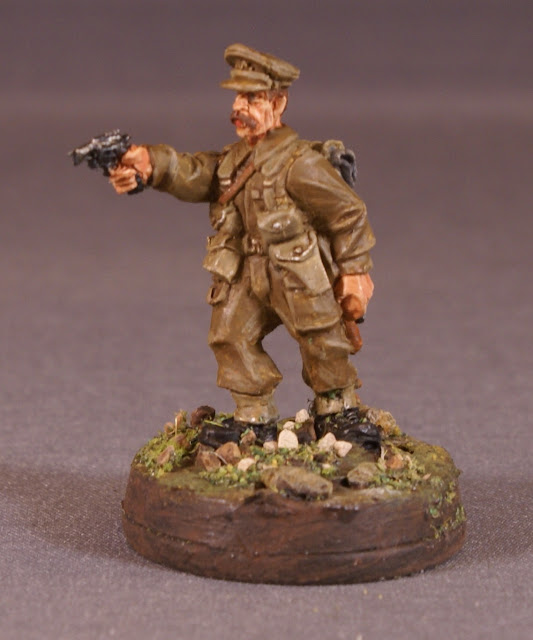 This is a metal Warlord Games figure & represents a Senior Leader (for my purposes likely a Platoon Commander). These will be used for Chain of Command to assist Scott's French forces. 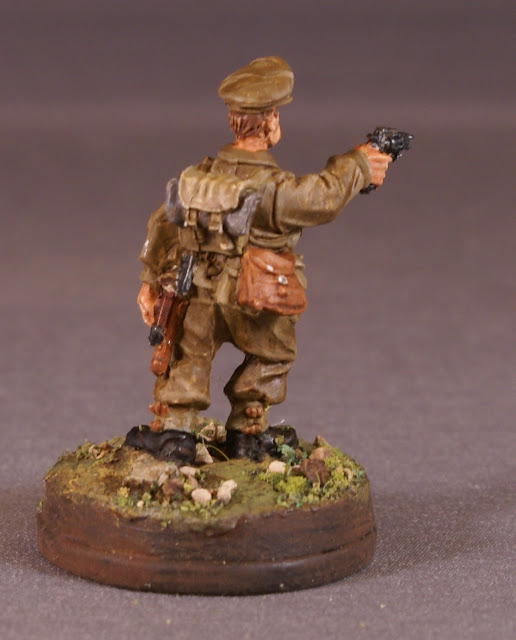 So you can expect this is the first of many Early WW2 figures from me. I have 1 of the box sets based  which gives me enough for a Rifle Squad including the Bren Team, a 2" Mortar crew, & a couple other odd's n' sod's. I've pulled out the book so that I can also create the options for this force.

One change that will occur going forward after this squad is basing them directly onto a washer vs the combo as seen here.

Posted by Terry Silverthorn at 5:25 PM