Quite some time ago, well before Warlord Games released Bolt Action,  I was collecting early war British vehicles for other systems. At the time, finding early war vehicles was somewhat a crapshoot unless it was the Matilda 2. There were some folks out of the UK who had them however & this is where I picked up this Matilda 1. In fact its plausible I bought 2, & will make the 2nd one at a later date. 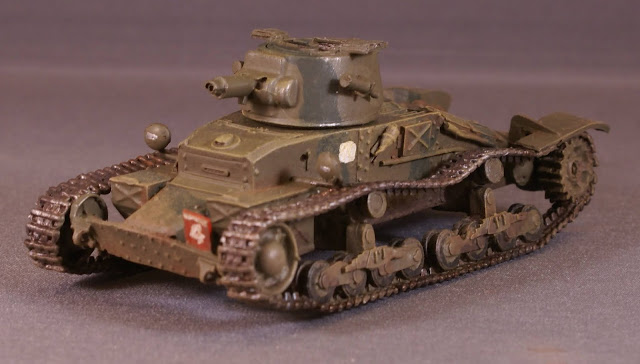 I bought the kits from Ian Crouch who eventually sold his line of kits to Warlord Games, which have since been redone. So the kit I have is all metal. A heavy little tank.

Relying on super glue, the 2 smoke dischargers on the turret sides came off a couple times during the build & I expect when on the table, this is likely to occur again unless the players are careful....well they will be coming off again. Some will think that I may have missed some spot painting the base colours, but that is in fact intentional, do denote scratched off paint & weathering.

Here is an image with a couple riflemen for scale. The Matilda 1 is not a large vehicle, even accounting for the fact the soldiers are on higher bases.

As seen in the image below this appears to be scaled correctly, so I am happy with that. 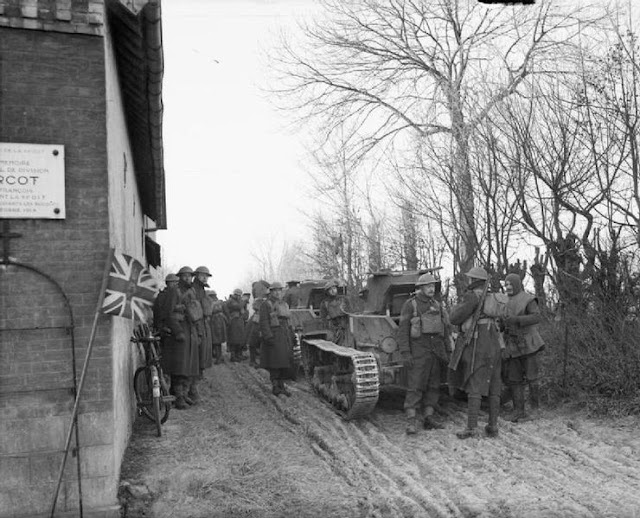 I've got 3 more Riflemen on the paint table now & am gluing heads onto a 2nd squad.

Posted by Terry Silverthorn at 12:30 PM