Sunday saw me get a good chunk of the painting done for these remaining pieces of the files I got of Thingeverse (see previous post for the link).

With figures for scale.

And the 2 barricades that contained a vending machine as part of them. Again I went & Googled images for both Coke & Pepsi vending machines. Then attempted to scale them down to fit the side & front of the machine.

Then it was on to weathering them. They were work to complete, but I am very happy with the result. 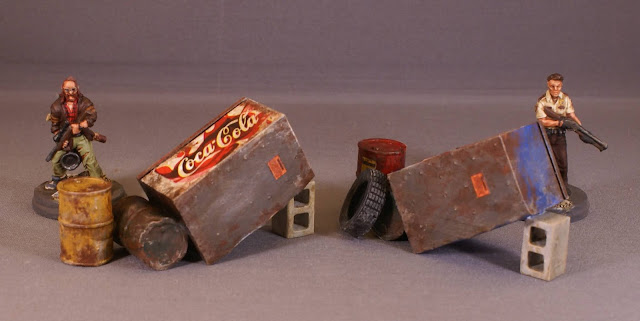 I then also stumbled upon some large wooden spools, which I got in a trade from someone (Jarrett I believe). 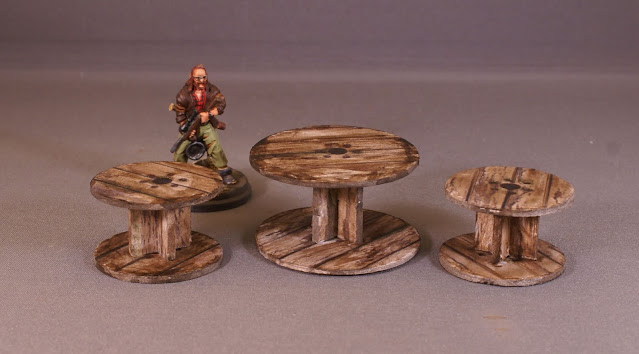 Made of some dense foam or plasticard (it was hard to tell), the pattern was in a very light colour. I applied some Wyldwood contrast paint all over to darken them. 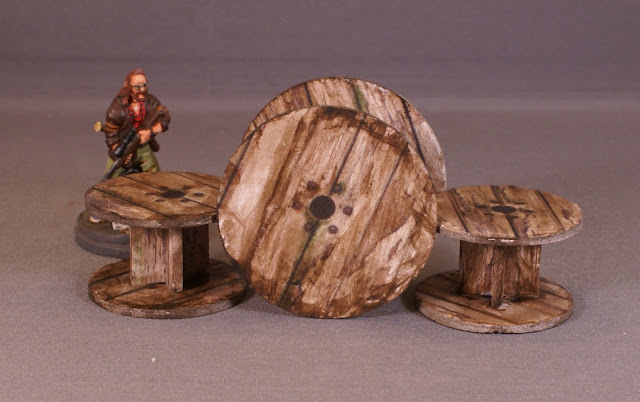 Just like while in the military, these were much sought after by troops to make use as rugged tables while deployed on operations. So with these completed its likely back to the scatter stuff for Stargrave.

Posted by Terry Silverthorn at 8:08 PM