Today was our next Stargrave Campaign game where we played the 'Data Vault' scenario. 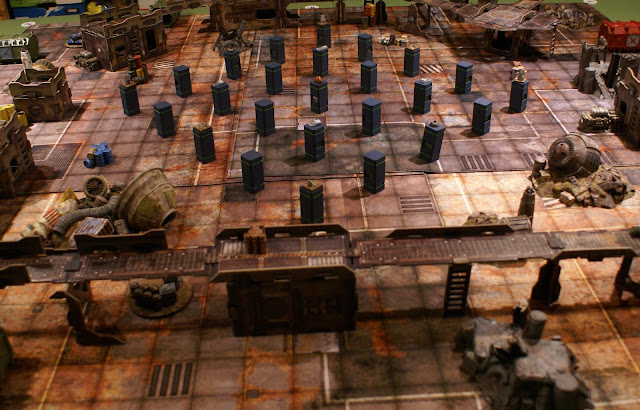 Again 6 crews descended into the undervaults to access the data that lay within. 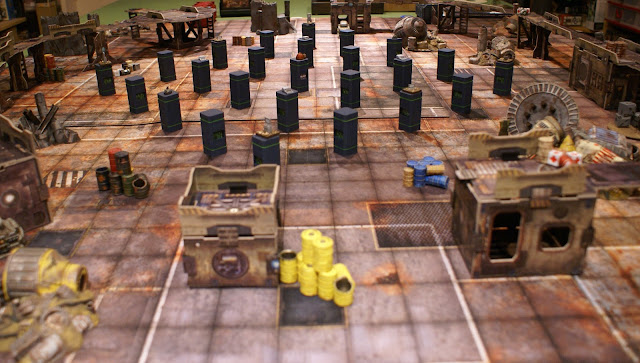 Things didn't start well for Chris, as a Pirate Shock Trooper & 2 Pirate Troopers appeared. He quickly had 2 members of his crew mowed down. 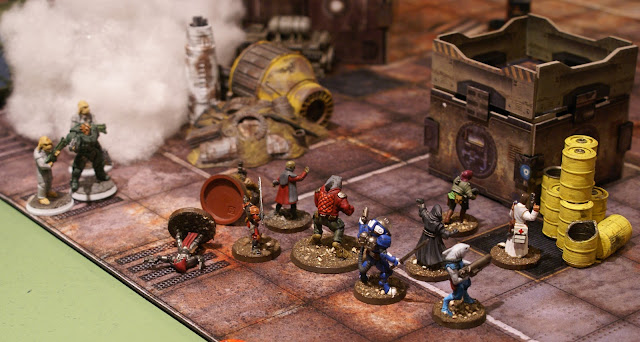 Craig was quick to get to the first of the data columns. 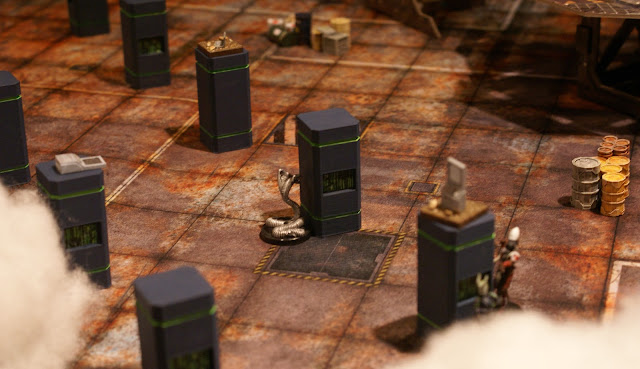 Scotts crew taking up supporting positions as his droids made for the columns. 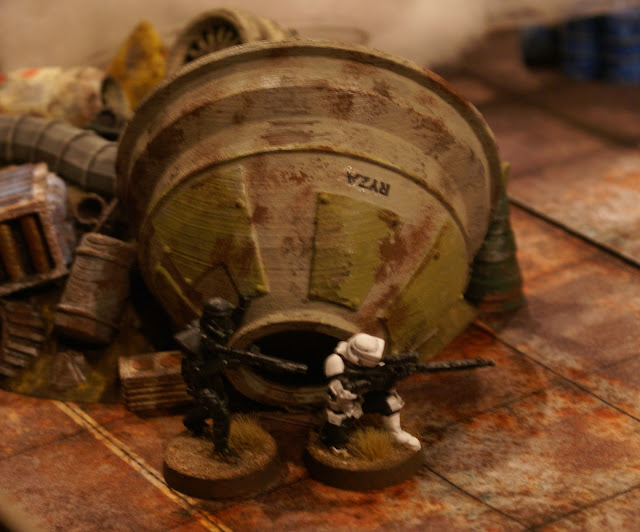 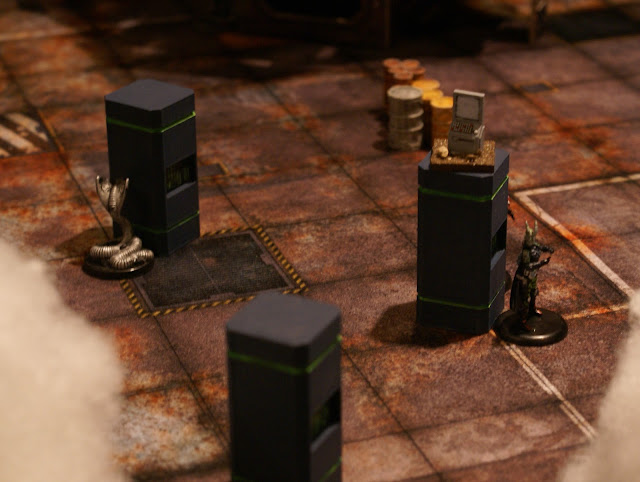 To say that the fella's like to smoke is an understatement. We also ran out of all the force walls I had, so basically had to no longer allow people to use them until some were destroyed. 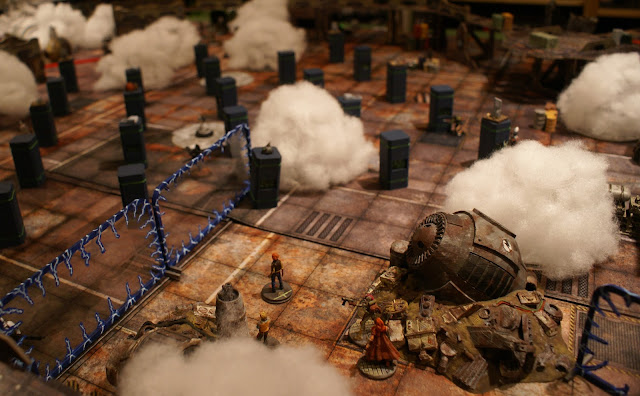 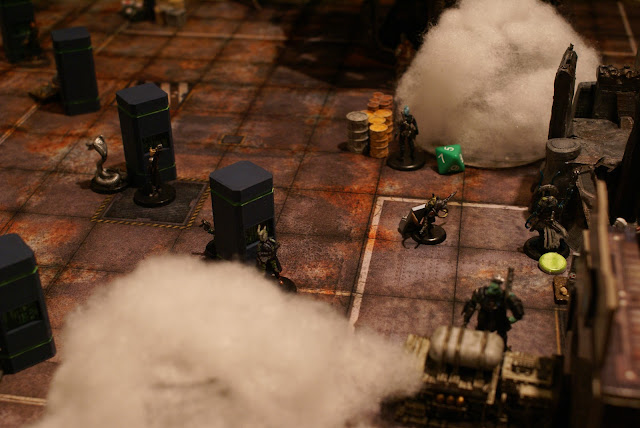 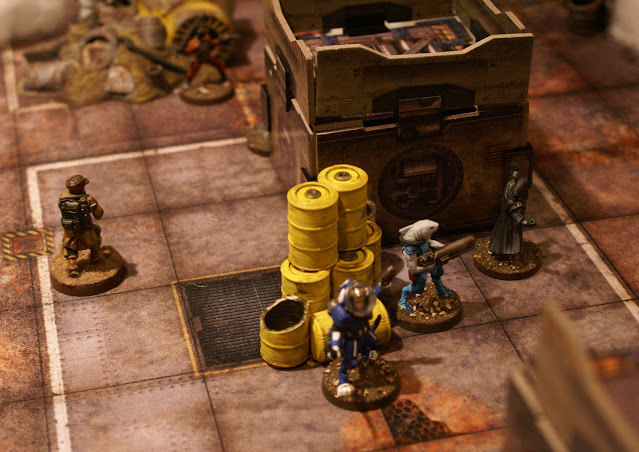 Although his carbine had been disabled, the Pirate Storm Trooper continued to be an annoyance. 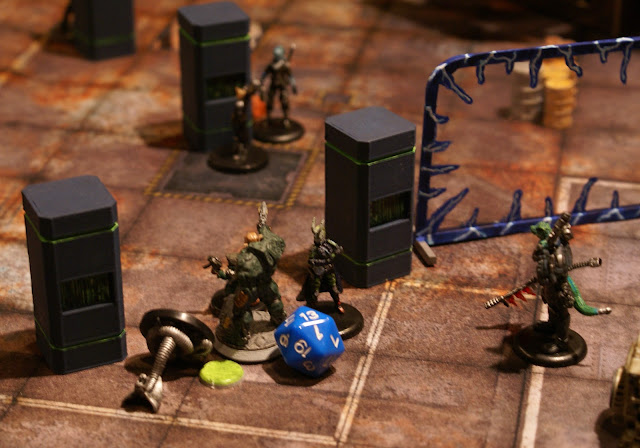 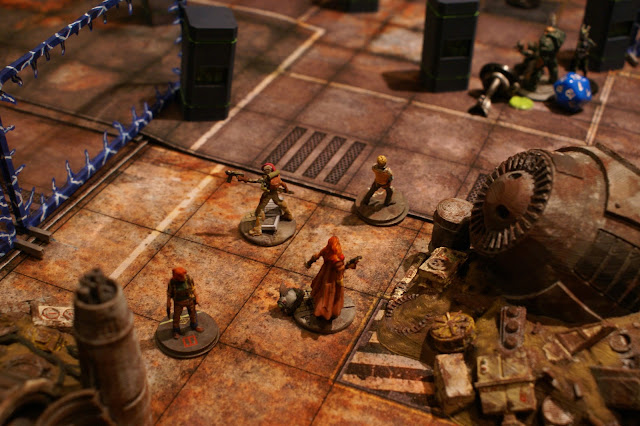 I think everyone was able to escape with data tokens. So some thoughts on the scenario the next time we play.

For todays game we made it that if an explosion hit one of the columns, say from a Frag Grenade, then the electrical arcs would extend a further 2" & Attacks would increase by +1.

Going further, any explosions will destroy the column which will also explode. Any data loot would be destroyed if on them. We will also limit each column to a single figure to activate it, as there is only 1 console to access on each.

Posted by Terry Silverthorn at 7:19 PM