Saturday afternoon at Fallcon was spent playing in a Pirates of the Aegean: Trojan Wars DBA tournament. We played 3 games and won Gold "Chocolate" tokens for kills, deaths of generals, capturing a camp or winning.

I borrowed Don's Early Bedoin Army. In the first game I was the defender & this was the only time I was able to deploy dunes. I was against Early Hittites. It was a hard fought battle and I did manage to slay his general, however my outclassed foot elements were unable to crack thru his spear. 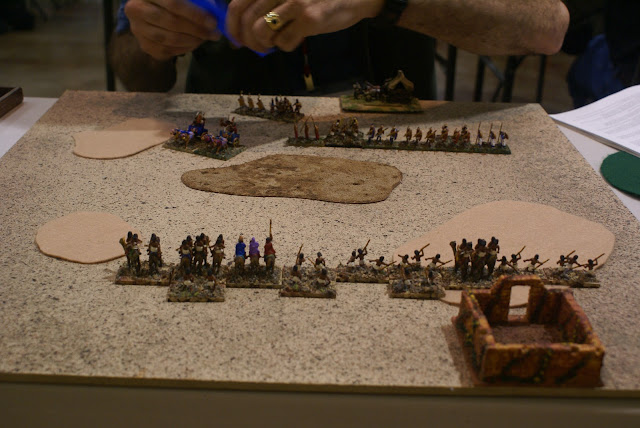 In the second battle I was against New Egyptians and found my Camelry did suprisingly well against the chariots. I had actually managed to push him back to his stronghold and against the shore. 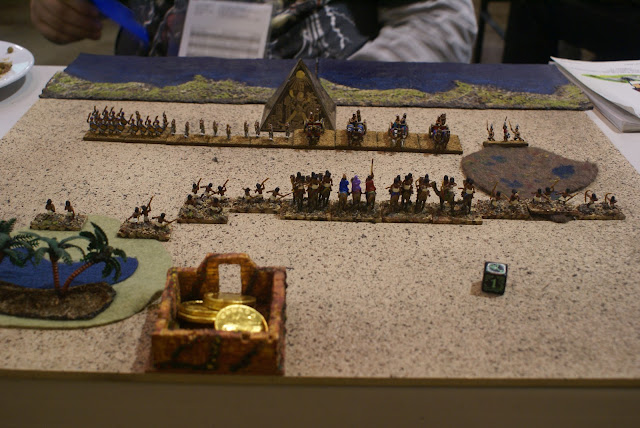 In the third battle the main fight was over the marsh, where my bad going Auxilia and Psiloi had managed to a general kill and near bagged the game when the dice went bad. The game then swung the other way & my general was slain. It was a very close & exciting battle. Unfortunately I don't recall the army I fought - Early Myceneans? 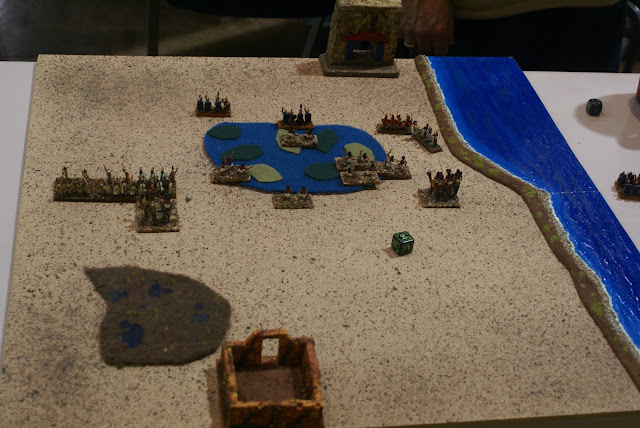 Saturday Evening:
After the auction and 25th Anniversary speeches I sailed into the savage seas in a game of PIRATES! against a bunch of scurvy dogs seeking to plunder a tomb. There were 7 ships in this battle. 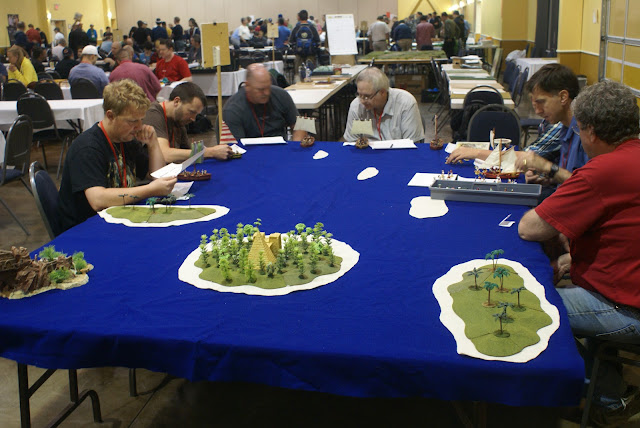 3 Gunboats started at the end while 2 Sloops started from each side. 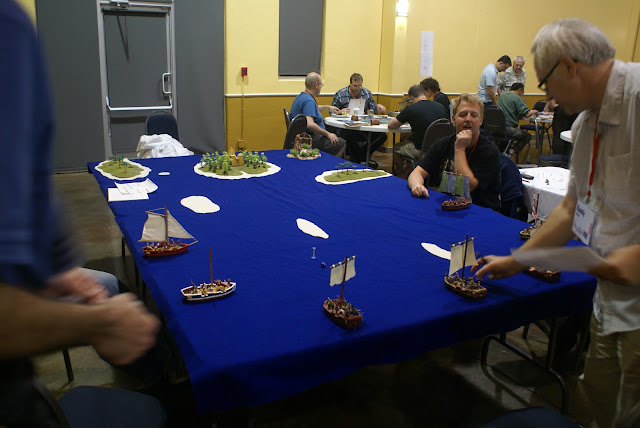 Cannons fired right off the get-go and the centre Gunboat was the target of several cannonballs. I believe this boat started sinking quick! 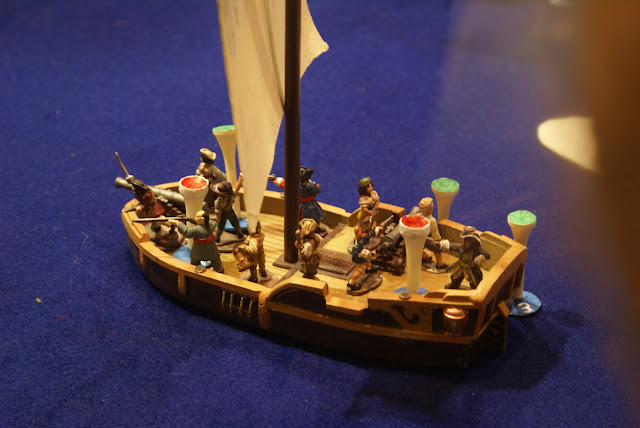 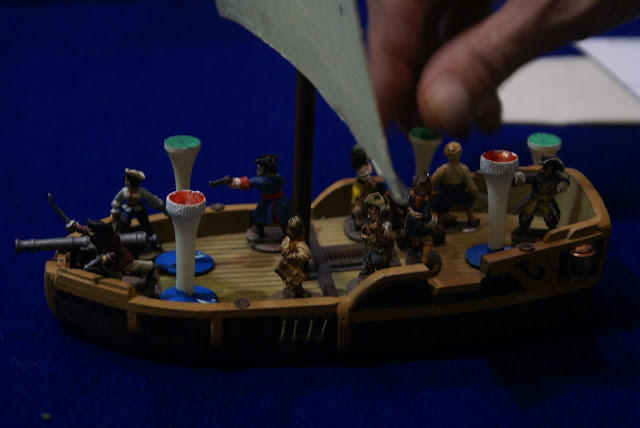 While most of the ships blasted away at one another, one of the sloops sped towards the island. It was not a good night to be a Cabin-boy as we had several blown to bits thru critical hits.﻿
﻿ 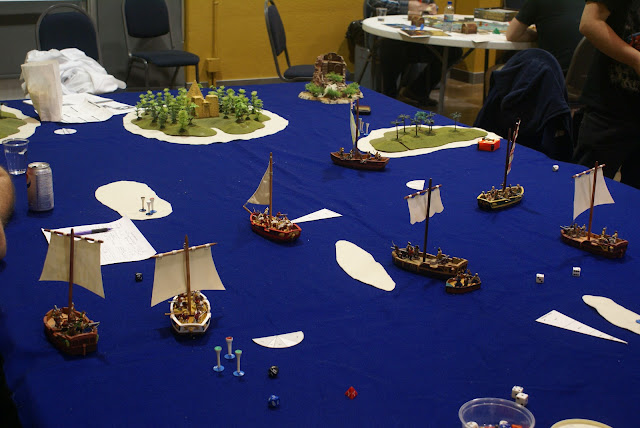 Below is the state of things by the end of the game (we were told we had to get out). We had 2 ships without masts, another sinking but run aground to slow the inevitable and I believe as only 1 ship made it successfully to the island with the treasure, that he got the nod as victor. 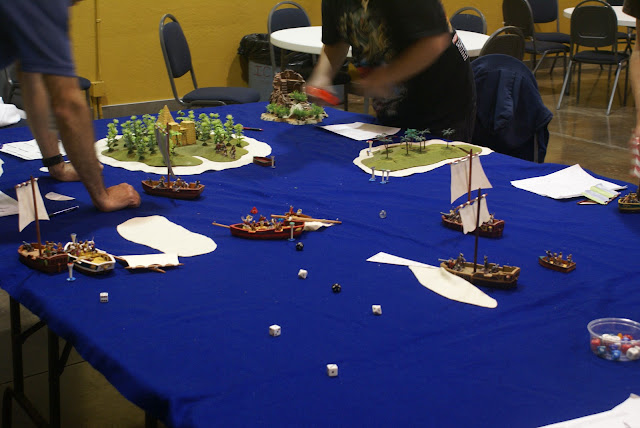 Thus ended Saturday Night and it was off to bed for a few hours before returning to Sundays event. I will post more on that tommorrow after my return from the club.

Posted by Terry Silverthorn at 8:13 PM