Stargrave - All your bases belong on us!

While I've been focussed on the BEF project (& still am), I have also gotten my resin 3d printer pumping out figures for Stargrave. This of course means getting bases for all of these too.

Those I game with locally know that I tend to base all my figures on washers, either directly or attached to another base. This is so when I store them, they don't slide all over the place. I use magnetic sheets in my drawers & carrying boxes to help mitigate some damage, short of tipping the box onto its side or upside down. 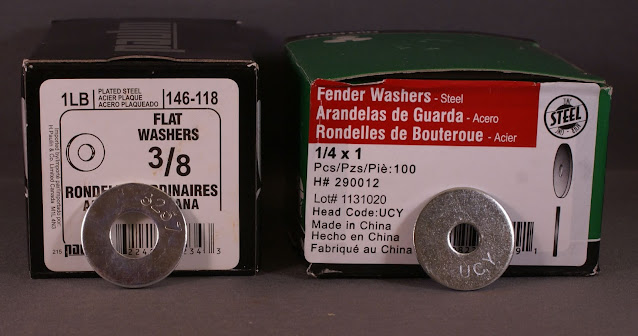 There are 2 different washers I tend to use. A generic one, which may vary in dimensions or the 'fender' washers which are flatter & tend to have smaller holes in its centre. Fender washers tend to be a bit more expensive, but I feel are worth it.

I have purchased several molds to use on putty or green stuff to create the base environment. These are from Happy Seppuku & Green Stuff World. Once the green stuff has been applied to the washer, its a simple matter of pressing/rolling the design desired. 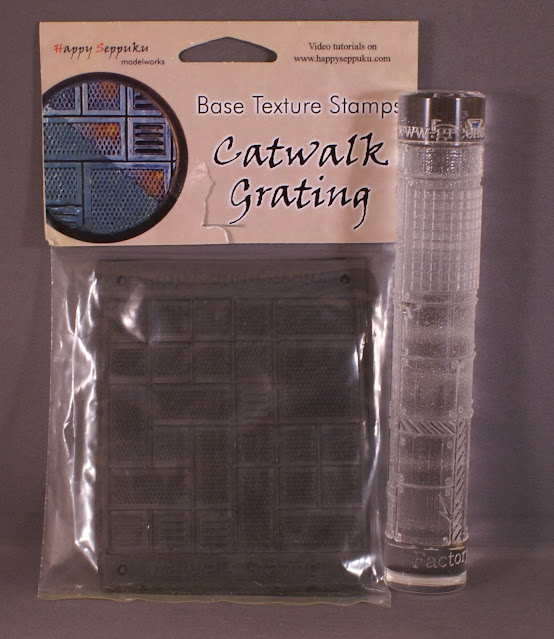 A lesson since learned is that its best to create & paint the bases prior to mounting the figures. 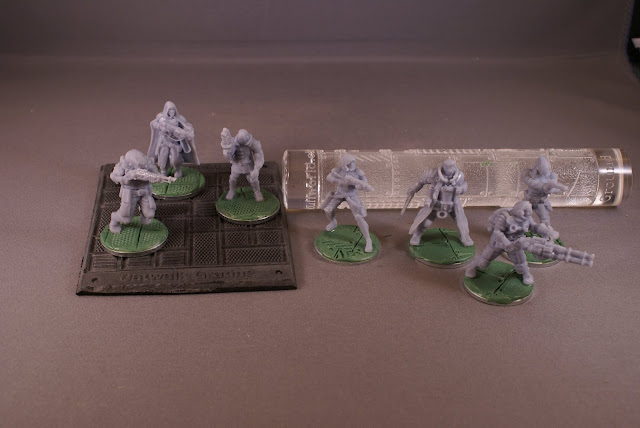 There are also some ready made bases of course, GW having some for both Necromunda & 40K which will work. 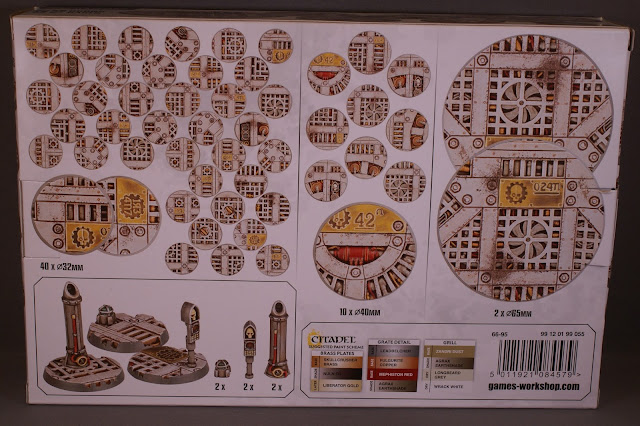 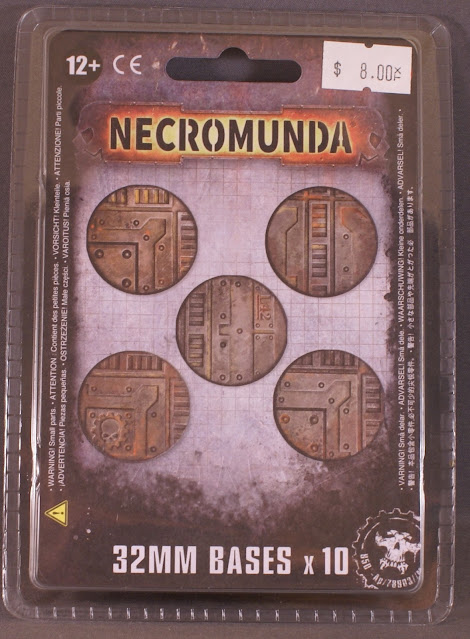 For miniatures that are already affixed to a base (usually boardgame type plastic figures) I just paint up the base & apply some old decal bits to enhance its look. Of course I could remove the miniature, apply textures & then glue them back on, but that seems a bit excessive when I can still get a good base. In this example is a Core Space figure. 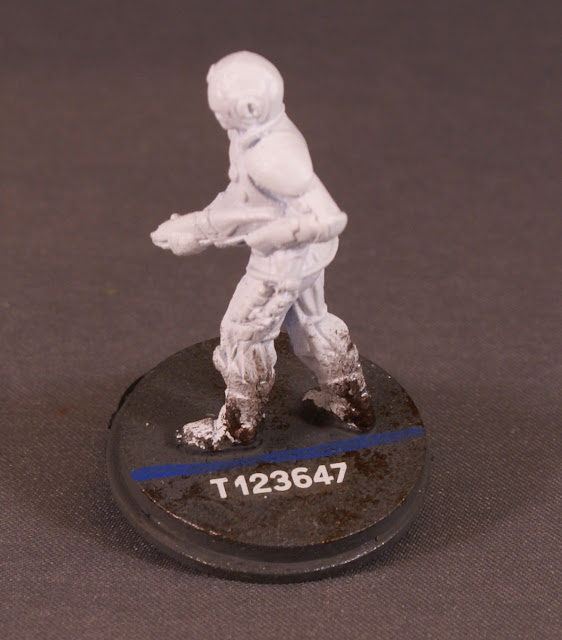 Once the base is ready, its time to get it painted up. These are the current colours/paints I am using for my basing. After the initial black gesso primer, its onto the base of Charcoal Grey. Then its onto the sponging on of the Metallic Gunmetal, then Tin Bitz. 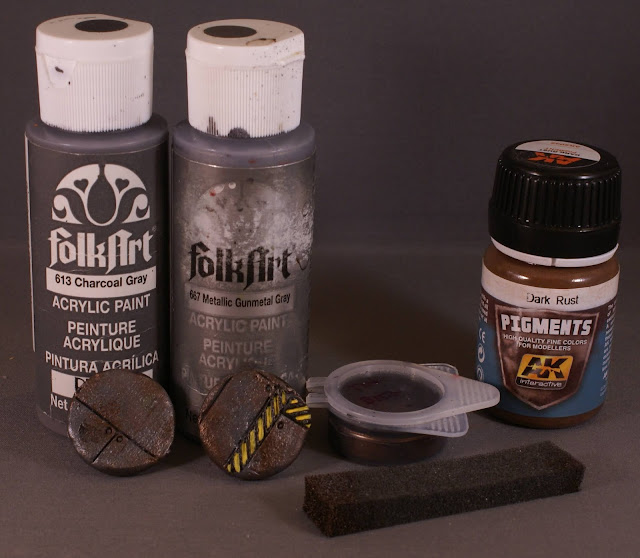 Last is the dabbling of some rust blotches. At this point you can further embellish the base with everyones favorite black/yellow warning stipes & some decals if desired.

So for my first crew, I've selected the Crew of Dante's Revenge which have been 3d printed from Bob Naismith. But you will need to wait on those for a little longer!

Posted by Terry Silverthorn at 4:58 PM