I've been following Lv-427 Designs since I purchased my FDM printer. Having bought some of their corridor sets & some small rooms, it kind of...sat. However with the release of Stargrave, & a recently announced contest by Lv-427 it was time to get cracking. 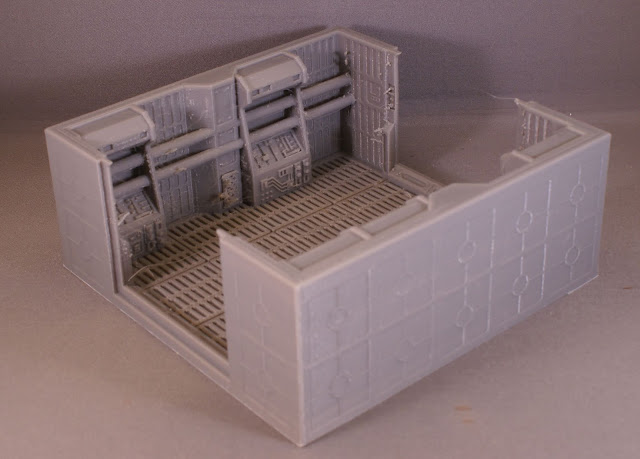 I am still learning various things about 3d printing...does one ever stop learning? For instance with these... I have a fair bit of stringing & dangly bits which can be seen & need to be cleaned up before moving on with them. The PLA material does seem to have a short period of time that it needs to be used when exposed to the environment. The spool I had on for some time, was having issues where it would snap off, almost as if it was rotting. So with a new spool, I decided to push through & use it all. 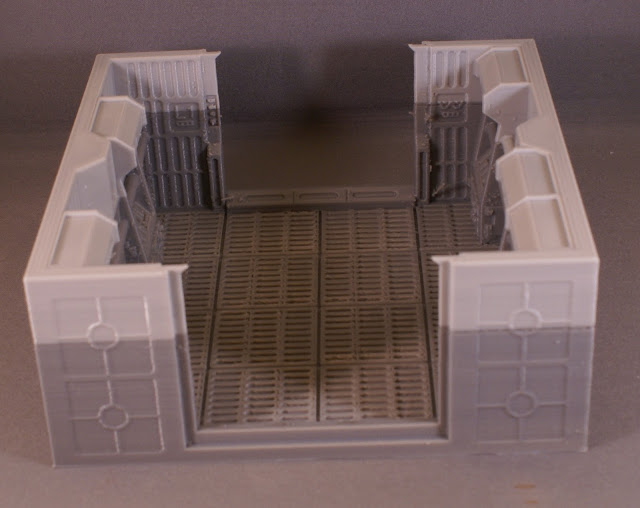 The brand also seems to be relevant. I can't recall the previous brand, though I have used Hatchbox (which I liked) & now my recent order is Anycubic PLA. The image below shows where I had to hotload the new spool as the existing one was finishing. Gives it a 2 tone colour mix. I am getting quite good at this, though not something you want to have happen while your not close by. 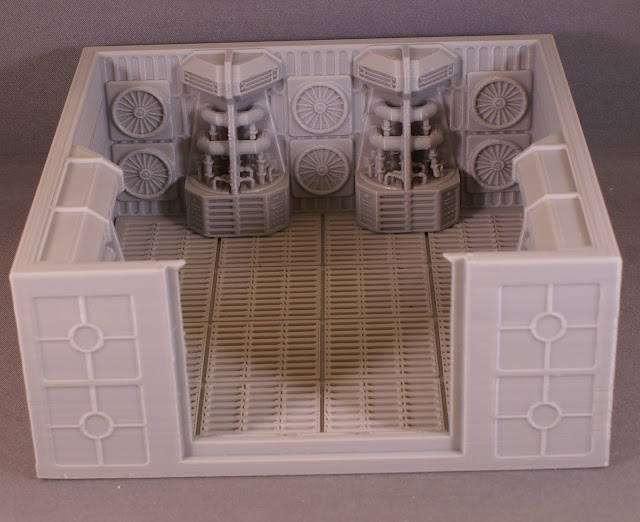 There are a lot of files available. Some have multiple versions such as these dead ends. I am getting about 5 or 6 tiles printed per 1kg spool. Certainly busier tiles will need more plastic.

I also (today) had my first Small Medical Bay completed. 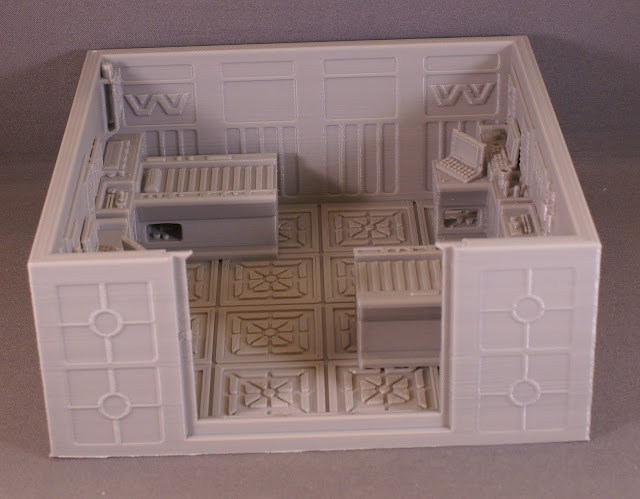 As to painting... I reached out on one of the posts on the Lv-427 Design Facebook page posts & one of the folks there showed an image of the paints they used. I was also put onto these metallic spray/primer paints. 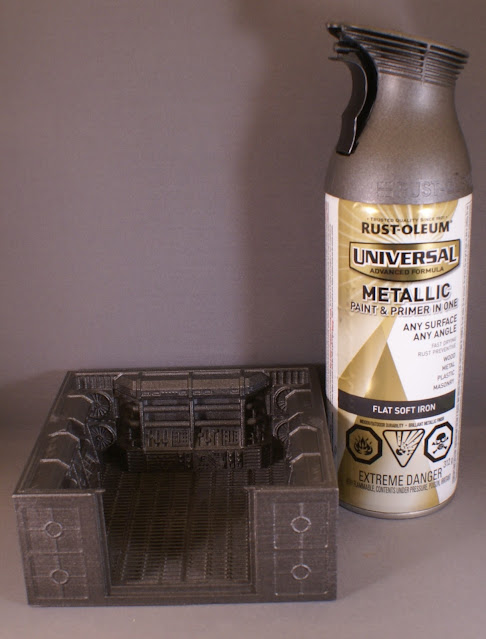 Now onto the piece painted for the upcoming contest. This tile is called  the 'Last Stand' corridor. The containers are all part of the tile & not a separate piece. I think I would prefer all these scatter bits to be separate to allow placement as needed (as well as to make painting them so much easier!) I know there are other pieces where the containers are separate files. 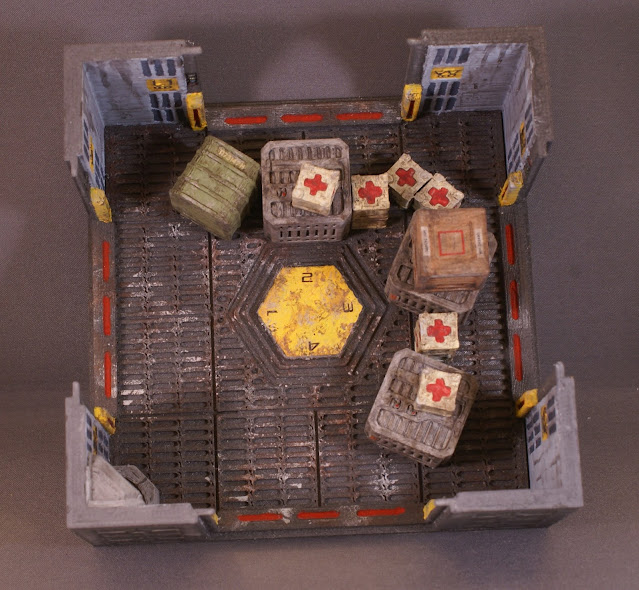 Just taking images from all sides as I am not sure what is required for the contest. 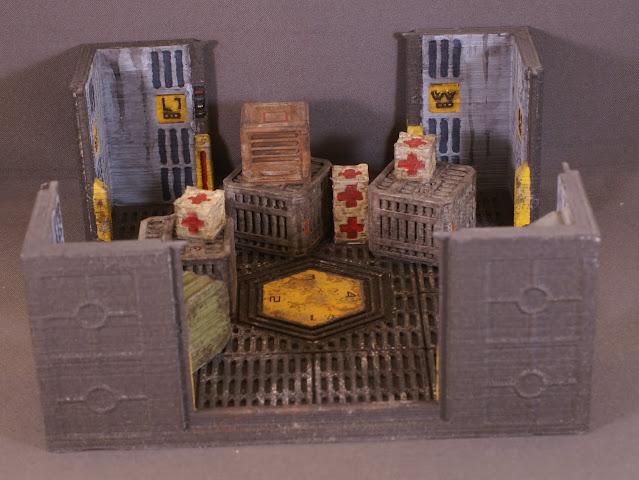 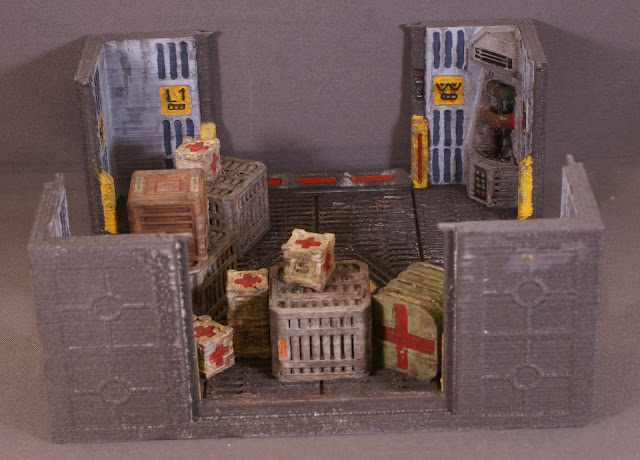 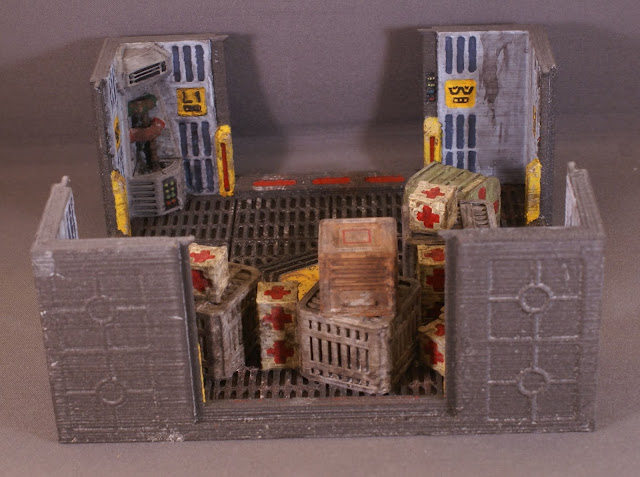 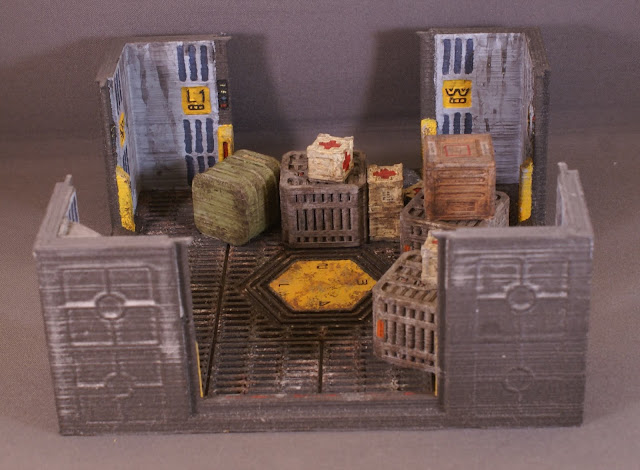 And the complimentary added miniautures for scale photo. 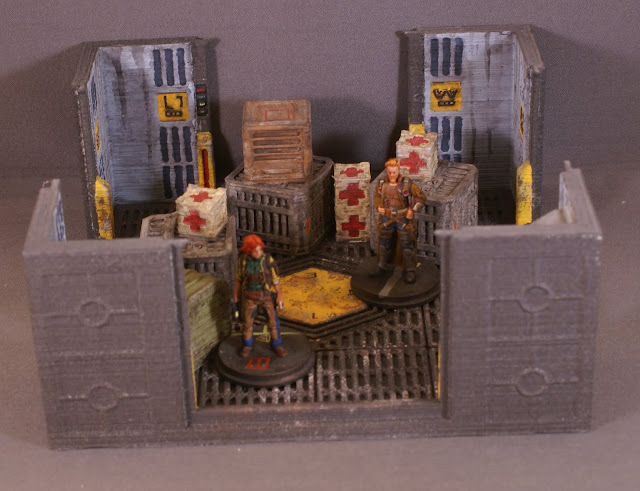 If you visit the Lv-427 Designs site, you will discover they have just recently released a Starwarz boarding corridor set, which Star Wars Legion users will need to print at 15% larger to match the Legion miniature scale.

Posted by Terry Silverthorn at 4:21 PM