We had 6 guys out to the club Tuesday night. Bruce brought out a Pulp Alley Gangsters game for 4 of us to play, while Scott & Jonathan played some CnC.

For our Pulp Alley, The Shadow (me) & Green Hornet (Bruce) had to escort the covert Baby Buggy document carrier to the far end of the table, whilst a concerted effort by the gangsters tried to prevent the incriminating evidence from getting to court. 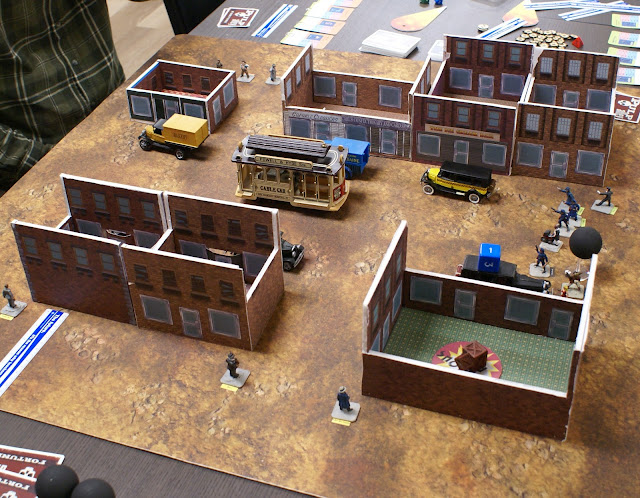 The gangsters begin to move into flanking positions. While 1 of their members enters a perilous area, however he successfully navigated the traps to recover an objective. 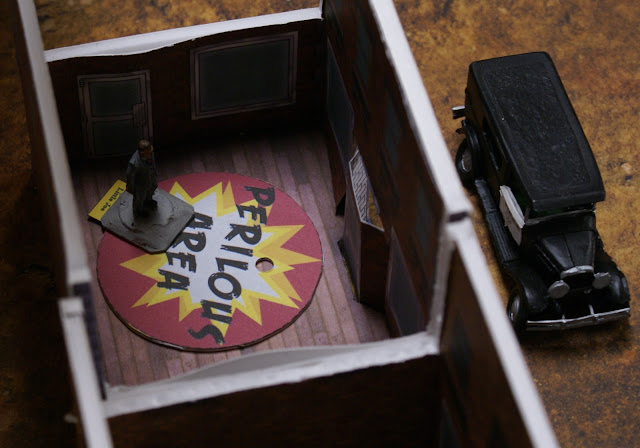 Meawhile the escort fans out to watch both sides of the street. The Shadow is of course hidden (the black floating ball - being his marker) 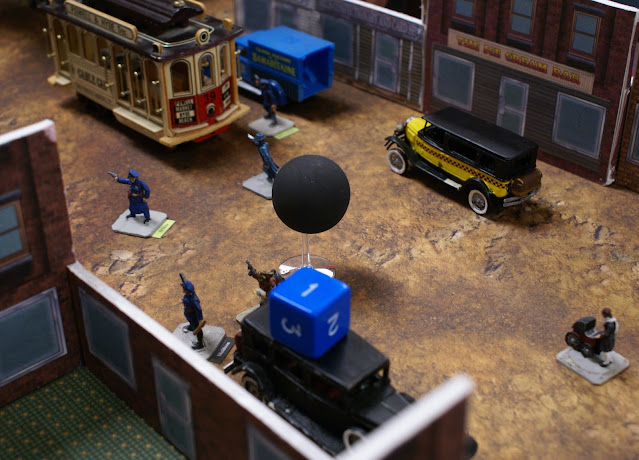 With a burst of Tommy Gun fire, one of the officers is taken out. 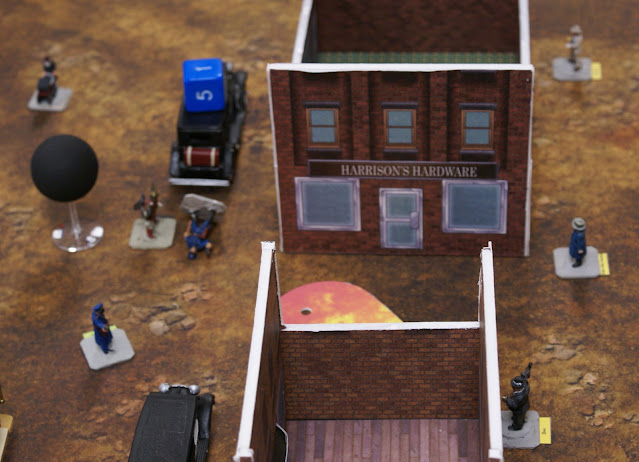 Flick then returns fire with his own SMG making that route a hail of flying lead! 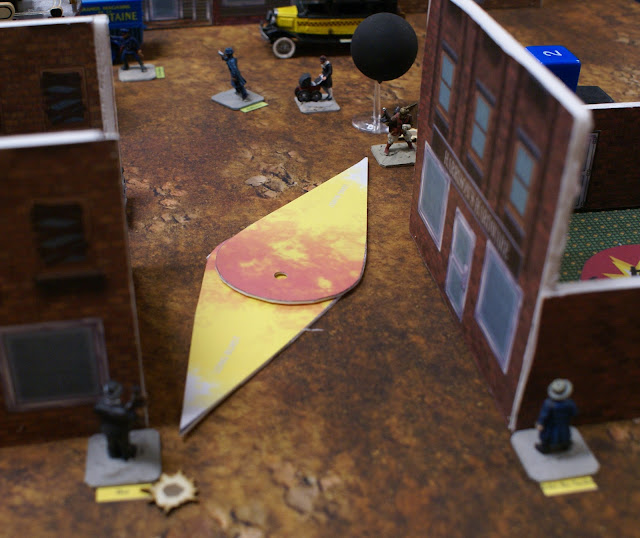 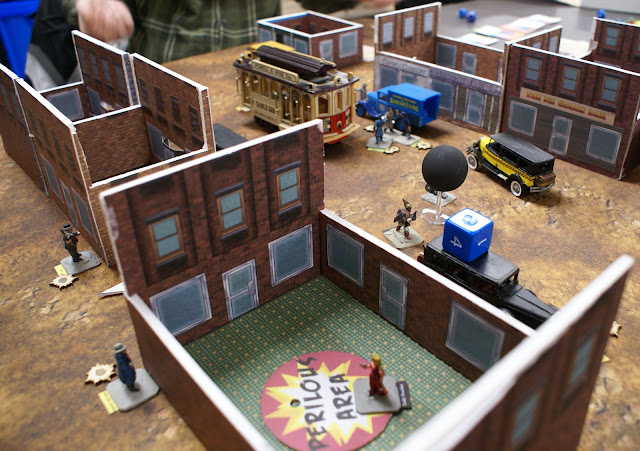 The Green Hornet & another officer get into fisticuffs with a hooligan. 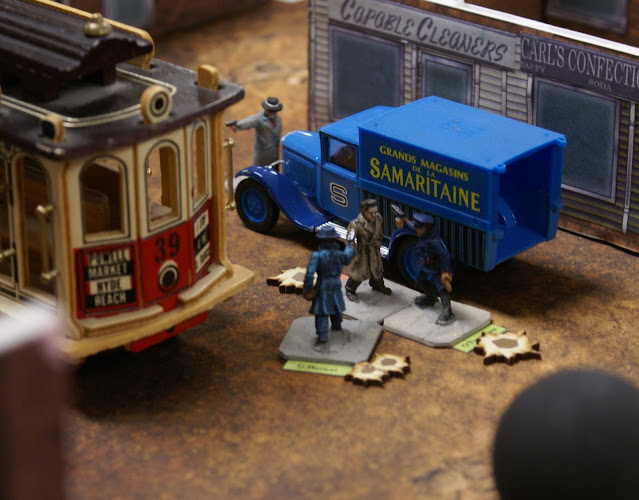 With the Green Hornet getting swarmed, the Shadow makes his appearance. 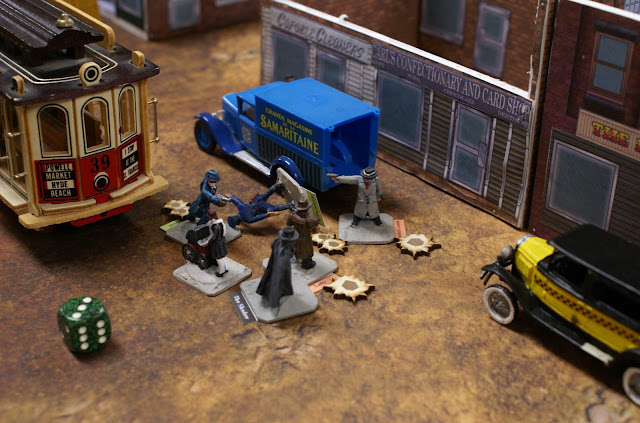 Lady Scarlet & one of the gangsters take each other out of play. The forces of Justice are getting reduced badly. 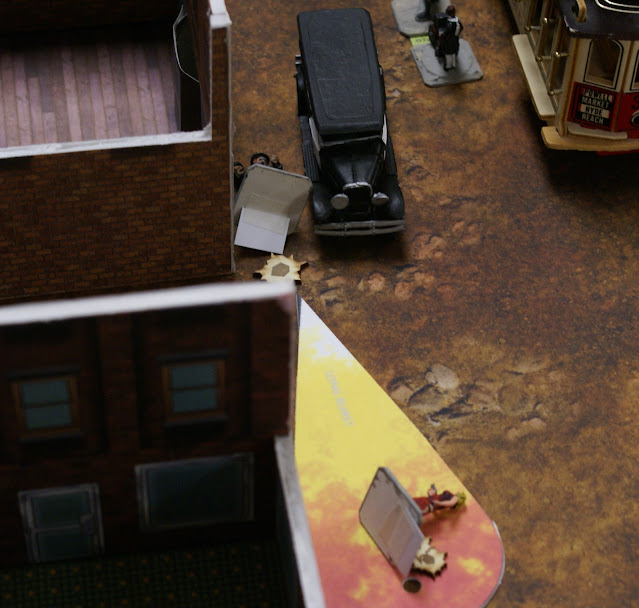 With the officer being engaged by one of the Gang, another rushes to the buggy & makes off with the documents, winning the game for the Gangsters. 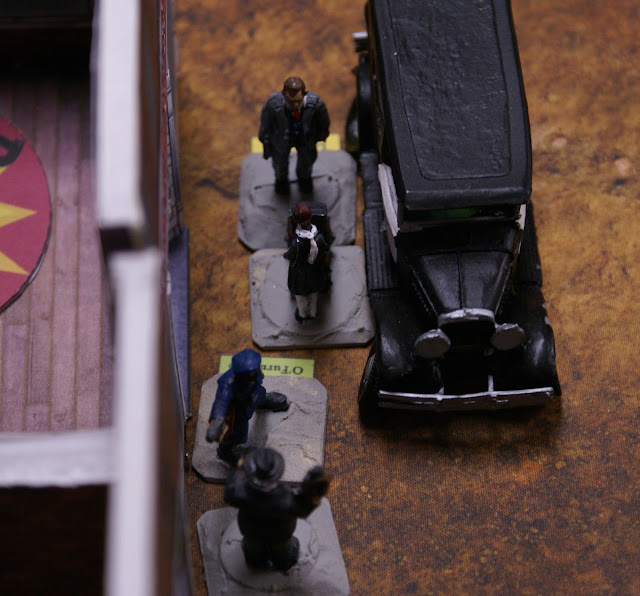 The AA report had it that the forces for Justice just did horribly on dice rolls. Bruce had no luck at all it seemed. Kato got bogged down trying to capture an objective & couldn't pass his tests. The Green Hornet wasn't able to nullify the gang coming in from that side, so with the Shadow assisting him, it left the buggy in the protection of a single officer who was locked down in melee, leaving the buggy exposed. 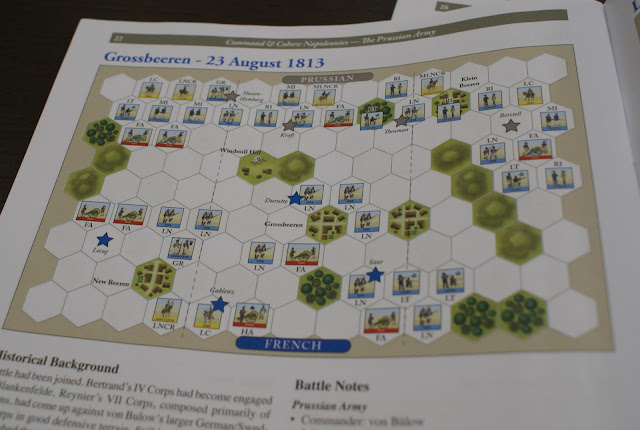 Not sure who won as they were still playing when I left. 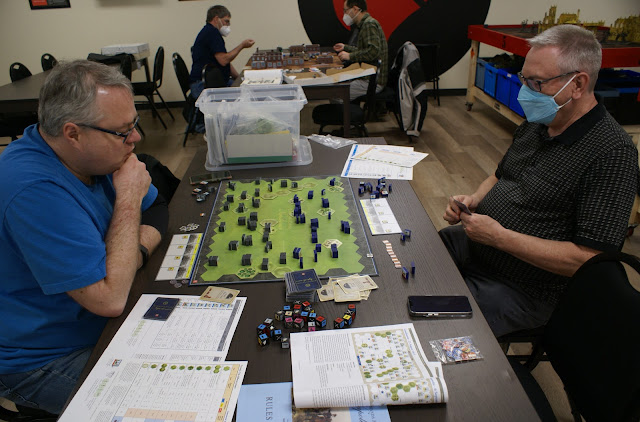 Our next club night will be June 7th. Thanks to those who came out.

Posted by Terry Silverthorn at 8:33 AM