Two more figures completed today, both are Purge & consist of an Assassin & a Live One 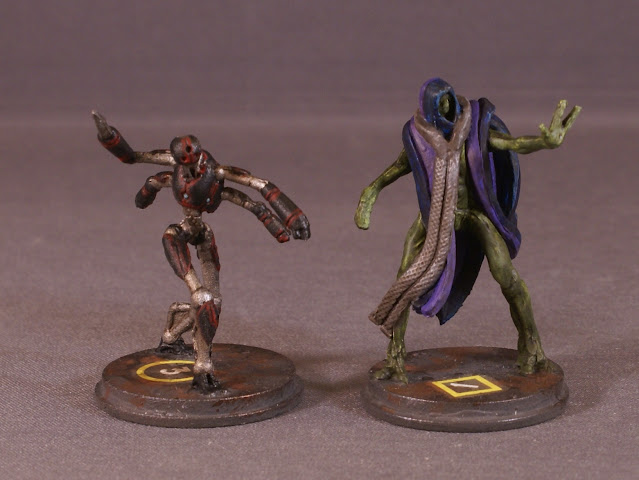 As I was looking through the Core Space rulebook, near the back are several pages of conceptual art & info when the game was being developed. There was a comment that the Assassin was orignally going to be black, but was changed due to its 'darkness?' 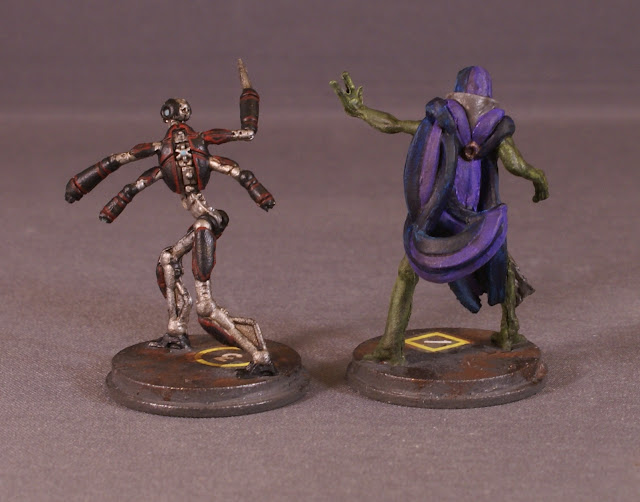 I did like the concept & just chose to do some red trimming on the panels (similar to the original Bat Mobile) I feel this breaks up the modile & gives it some punch. 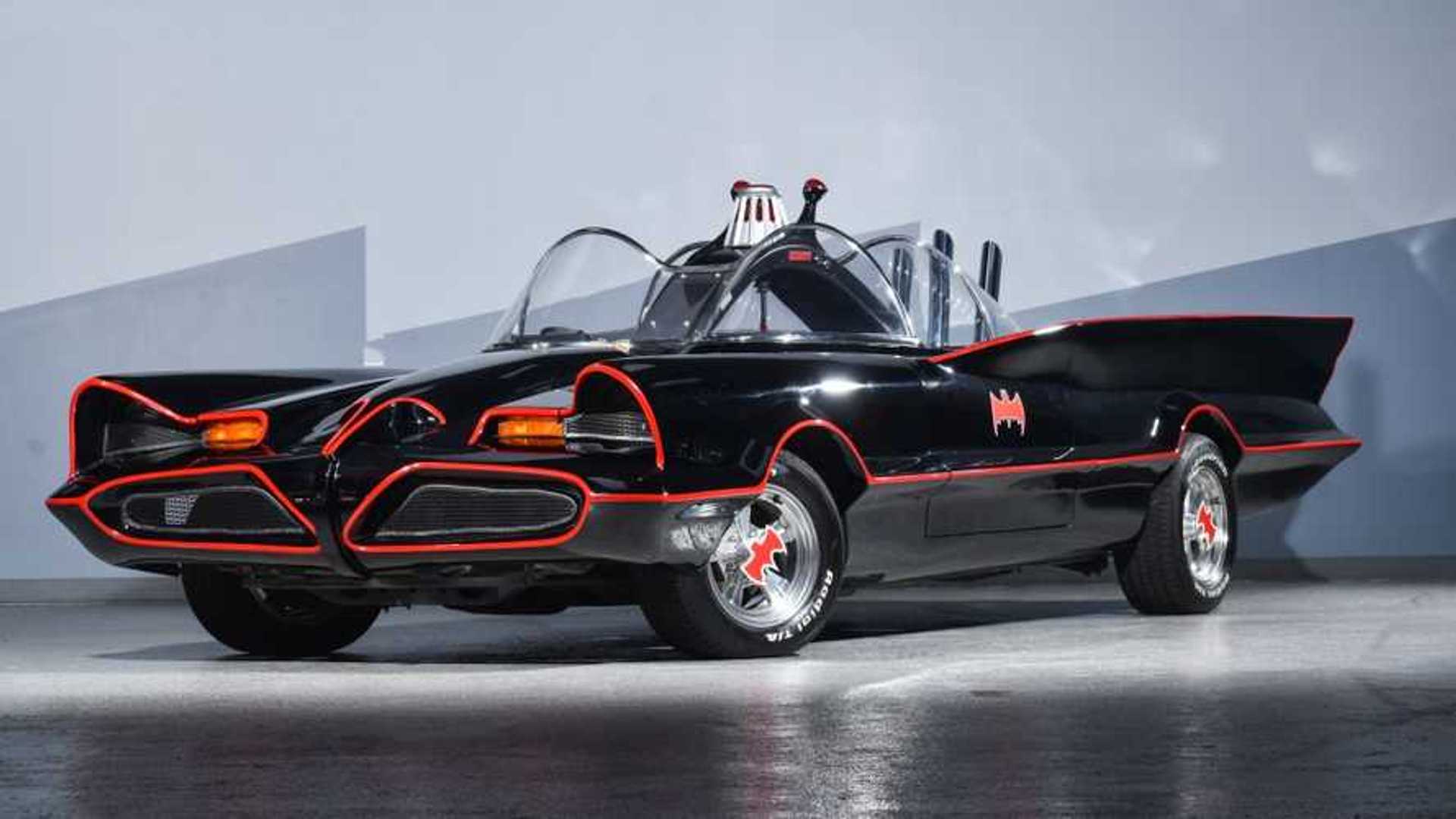 I have the Annihalator on the paint table now as well as some Nolzur's figures.
Posted by Terry Silverthorn at 2:05 PM