Got another 3 of the figures I 3d printed from Bob Naismith finished to use in Stargrave or Core Space.

These figures are from a series of Fleet Crew that Bob put out on his Patreon. They are also available on his website Bob Naismith. 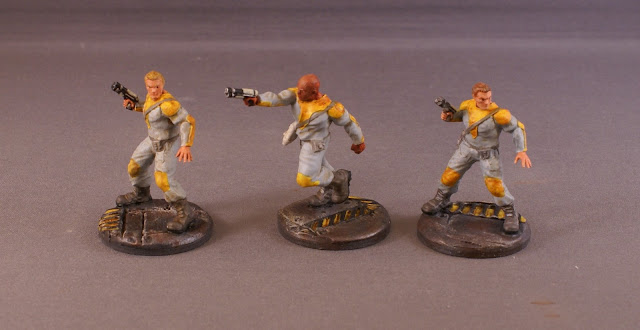 The odd thing is that there was some glitched files which Bob commented on & has since replaced. However as these fellows were already printed, I just used some green stuff patches to fill the holes & now they are reporting for duty. 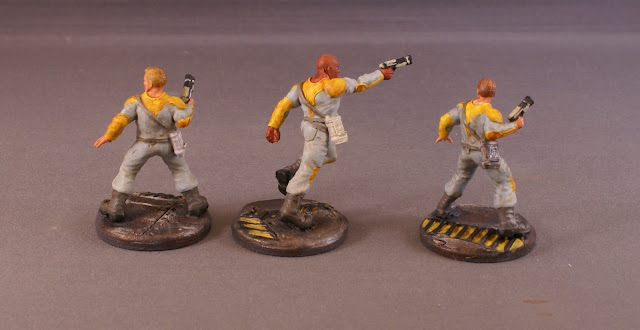 I have the others somewhere, but these ones were based, so figured they are part of the year end paint table cleanup (which I won't complete). I currently have 1 more Fleet crew figure & an Underworld Boss figure currently being worked on, which I hope to have done tomorrow before the year ends.

Posted by Terry Silverthorn at 5:09 PM