Back to some miniatures, for my BEF Support. Today I bring you the Engineer Mine Clearing Team 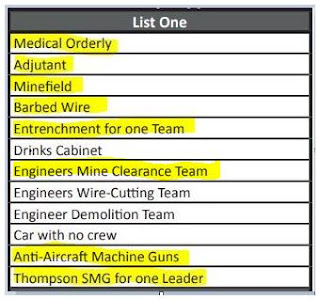 So initially I searched for some figures, ready made, but alas, most hits I had were of those people had scratchbuilt. So it was time to dig around my various boxes. I had a couple sprues of British plastic troops purchased in one of the Warlord Game sales. 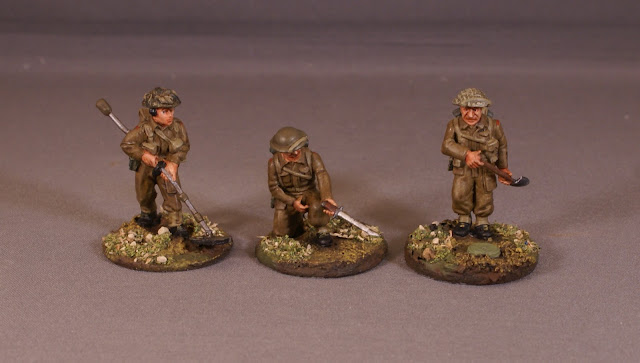 The fella holding the mine dectector is an actual metal figure from the British Engineer blister pack, which also had a couple other figures. For the kneeling figure holding the bayonet, he is made from the plastic soldier sprue. The bayonet is actually from my 1:35 model bitz box. I snipped the blade a bit, to make it not appear TOO oversized.

The last standing figure holding the shovel was also built from the plastic figure sprue. The shovel came from a British Weapons sprue (also purchased on that Warlord Games sale).

Up next will be the wire cutting team.

Posted by Terry Silverthorn at 2:49 PM