The Trials of Goo - Sprue Goo that is.

So last October, I stumbled across a video about Sprue Goo by the Miniature Hobbyist on YouTube & the uses this fella had put it too. It was quite interesting & the link provided is of that video.

My biggest takeaway, was the making of the plastic panels for use as basing on figures that were either snipped slotta, or those plastic ones that did not have an inherint base attached.

So after watching the video, it was off to Goodwill to snag some old cheap spoons & a rolling pin. I also bought a small cooking pan at the dollar store, as well as wax paper rolls. 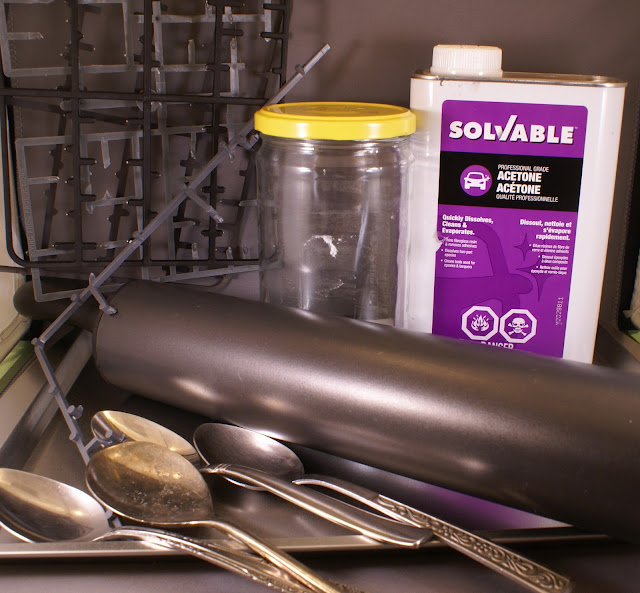 With the final purchase of the Acetone, it was into the jar! 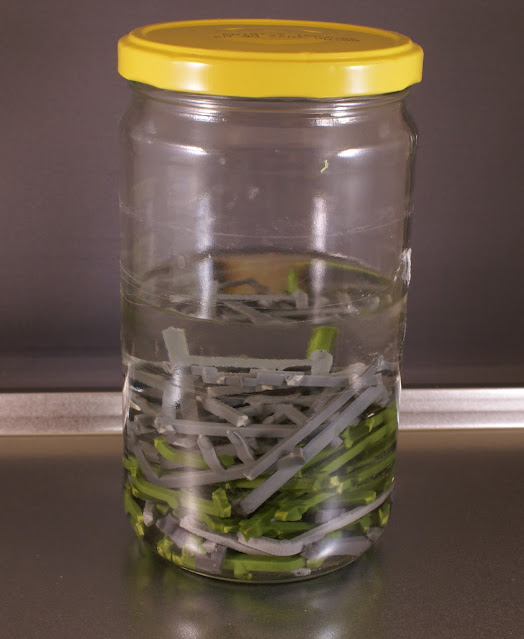 Well, this is where things go a little different from how his video portrays it.

My first batch seems to have some powdery sprue atop the goo...is this from primed sprues? Or are their different qualties of plastic sprue..I would have to say maybe to both. 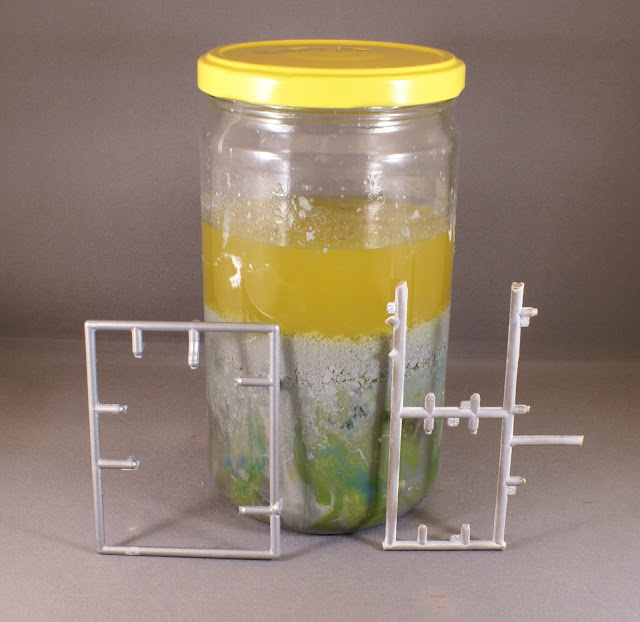 So going forward I will not be using any primed sprues. I know there are many who prime the pieces while on their sprues. I can try removing the primer to see if that helps.

I watched his video again, thinking I may have missed something, as certainly the plastic goo does not drop off my spoon, but sticks to it like a thick sludge...so it required a bit of scraping onto the sheet. 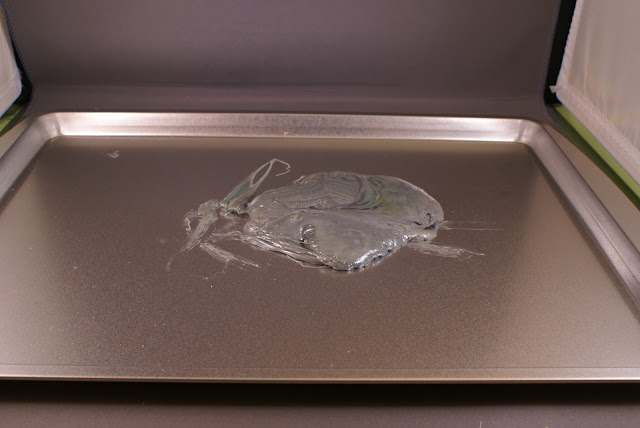 When I rolled it with the rolling pin, it got very thin, but man is it sticky! I waited the mentioned time period before trying to peel off the wax paper. Yep it was coming up with it. (Apparently the acetone hadn't evaporated enough) 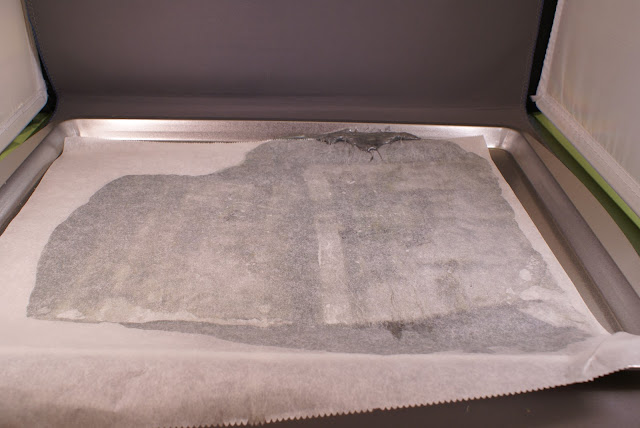 My understanding thus far is that after a period of time, you need to remove the wax/parchment paper to allow the plastic to dry. Eventually my result is shown below. 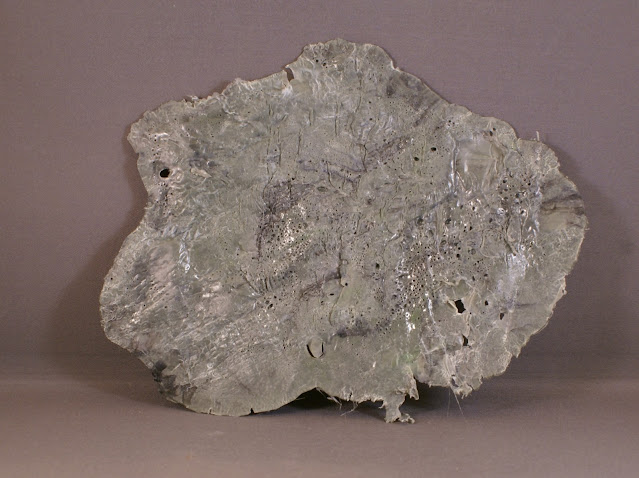 Was this to be considered a failure? Well yes & no. Yes in that I was unable to use a pattern roller over it as shown in the video. But no, as I can still use this for rough ground. So grabbing a circle template & drawing circle patterns over it. 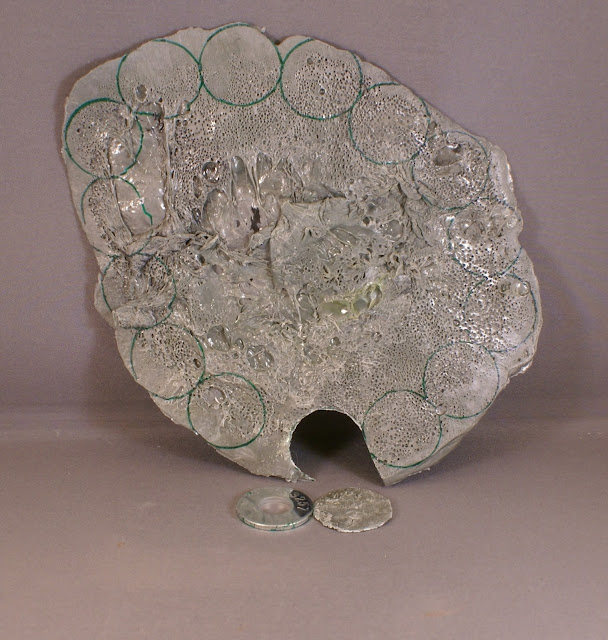 I was then able to use scissors to cut them out. 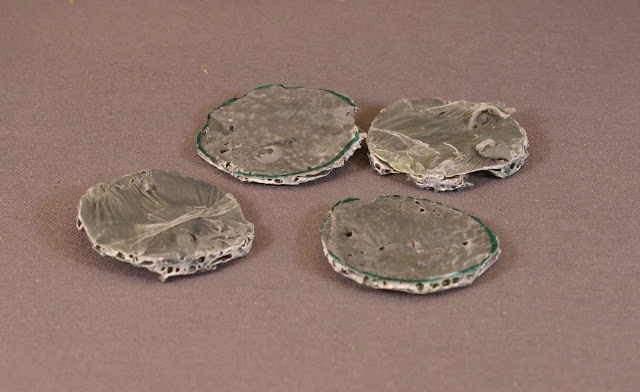 Then glued them on washers....I originally tried using white glue, but some of them released while trimming the edges. So I reglued them with GOOP. Some would say to use superglue, but my experience with super glue, is that when it gets cold ( I am in Alberta after all) that glue releases as well. 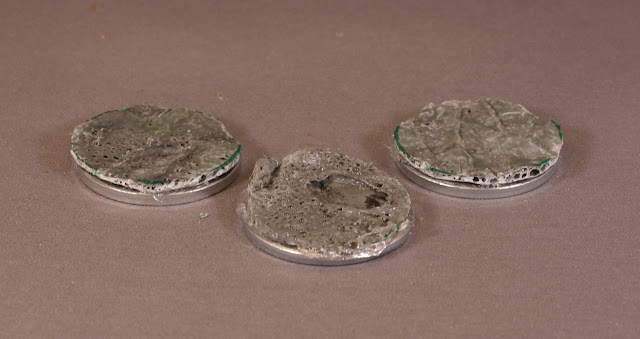 Once trimmed, I then used some greenstuff to seal the edges to the washer & in some cases fill some small areas that needed it. (This will certainly save money on the Greenstuff). 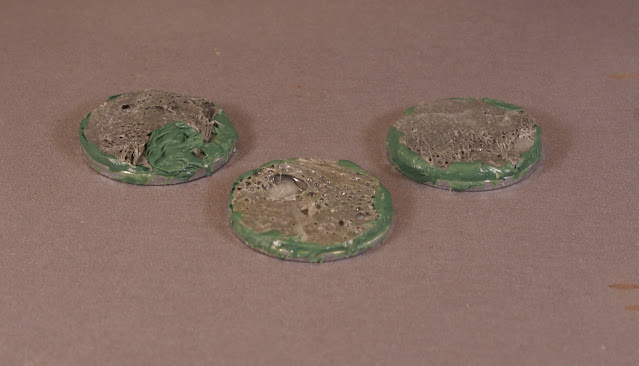 So what happens with all the scrap snippings? 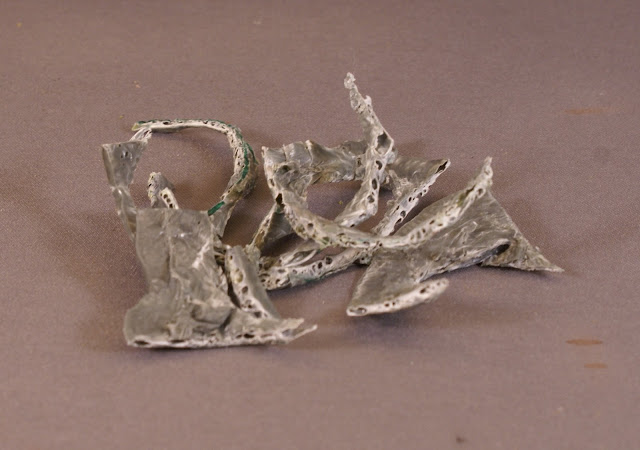 Well they go right back into the jar to remelt & become one with the goo for future use. I actually used some of my finished ones on the BEF figures I built from the plastic sets in my previous posts.

Certainly not giving up on this, as its more of a learning & development of what I've dabbled with so far. Scott was kind enough to save me a bunch of sprues & its my hope that I am good for a long while to work on this behind the scenes process!  The goal of course is to get it to where I can indeed use my rollers to pattern the sprue!

Thanks for following & be sure to check out his video on this as it was always a shame throwing these sprues in the trash in the past.

Posted by Terry Silverthorn at 11:02 AM