Chain of Command - "Man The Trenches!"

Continuing with my BEF, though these next pieces are useful for all forces. Running down support list 1, I had to do some more small miniature orders, however there are some terrain pieces that needed to be made. 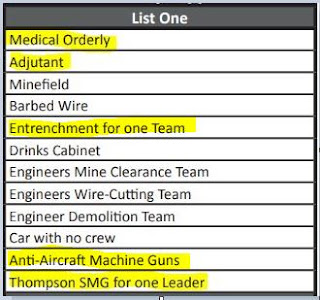 First up will be the Entrenchments. So I thought about it & figured this would be a quickly done thing....and indeed this was the case when I just used some felt cut to represent some slit trenches. 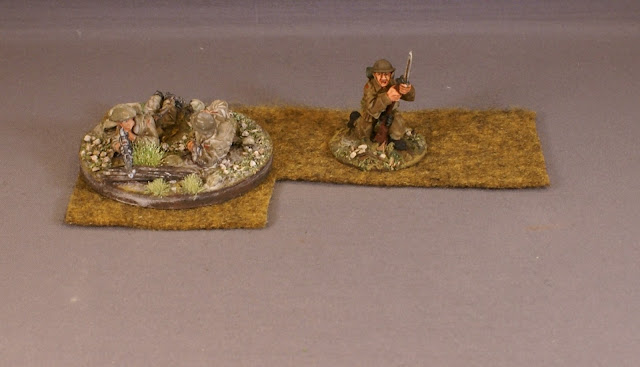 These are actually a good fit for gaming for several reasons. Quick to make, easy to transport & they can even be placed on uneven ground. The team placed on them is now considered in heavy cover.

But wait.... the creative side of me needed to have its say. Looking at it now, there are some things I would change....firstly not using foam core as the base. I had hoped I could manage the warping...but when your using lots of glue, cellu-clay, etc, it contracts when it dries & thusly will warp.

Not to be daunted by that fact, I believe these are still quite usable.

Firstly I needed to figure out how large these would need to be to hold a team. So grabbing 4 figures on bases, I plunked them down. Measuring things out, I wanted to have a bevelled edge to the bases, then room for the sandbags, with a little area left over for the spoil. 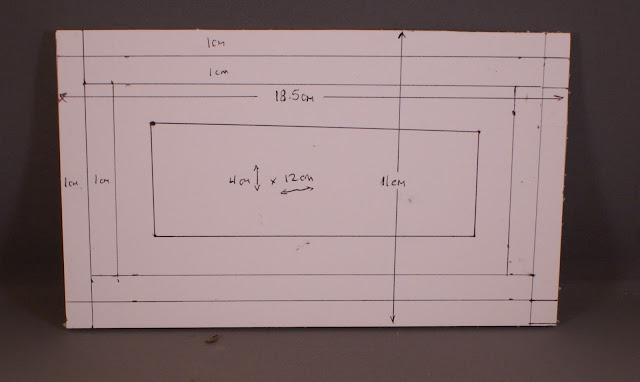 Here is the results of those measurements, should anyone wish to use them for their own. So here it is with the troops inside.  It sure looks nice & flat at this point!

Up next was the sandbags. Easy enough, as I had 2 boxes of sandbags (Tamiya & Italerie) stashed in my crawlspace from my model building days. 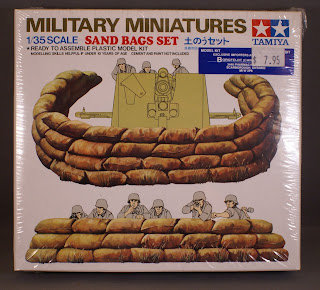 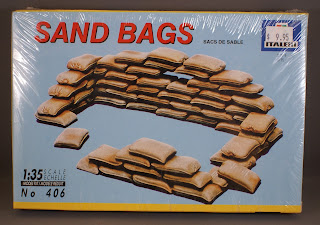 Thinking this would go quickly, it then dawned on me, that I would need to have periods of waiting for glue & the celluclay to dry. However with all that finally done, here are the results.

I made 4 of them in total for now & will likely look at making some more once I get some mdf for the bases. Even better would be to find someone who could generate an stl for them to 3d print.

Another touch I added was a bit of coffee stir stick & craft sticks to represent revetting inside of the trenches. Lastly I added some bits of wood cheese cloth stained brown to represent camo netting.

I refrained from gluing any military bits as these will be universally used by any forces I want to play.

So looking at both options, the quick felt version & the more involved ones, both make excellent choices to use in Chain of Command or Bolt Action. One just looks much nicer, though is certainly more involved.

Up next will be the barbed wire obstacles, which I found on Thingeverse & 3d printed.

Posted by Terry Silverthorn at 8:25 AM